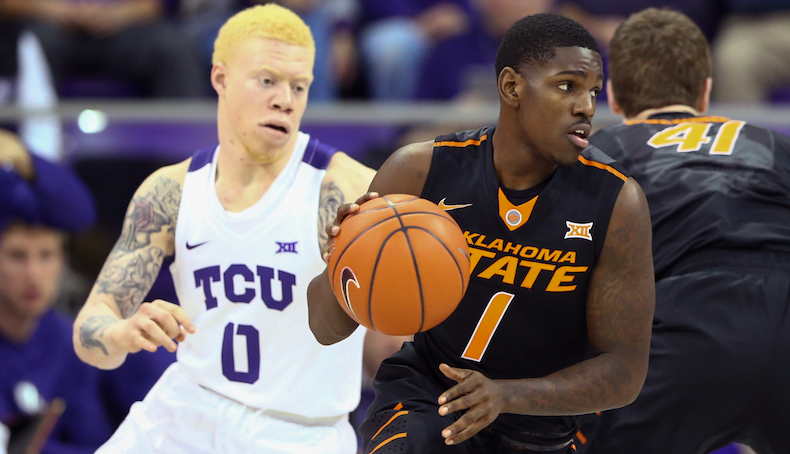 Oklahoma State (17-9, 6-7 in the Big 12) and TCU (17-9, 6-7 in the Big 12) battled back and forth all the way to the end in Fort Worth Wednesday night, but it was the Cowboys who pulled out an important road win, 71-68. In a game with both teams looking for a valuable Feb. conference win to boost their tournament resumes, Brad Underwood’s squad kept its momentum rolling once again by winning its seventh game over the last eight. Jawun closed with 10 of the last 14 points for the Pokes, earning his coffee in crunch time. Leyton Hammonds was the leading scorer with 21 points and 7 rebounds.

In the first half, it was Hammonds who kept the Cowboys afloat with 16 points and 6 rebounds. The senior, playing in front of his hometown crowd, went 4-for-6 from the 3-point line in the first half while shooting with confidence, crashing the boards, and dominating the TCU defense. Jawun Evans was devastating with 6 points and 7 assists before the break, setting up Hammonds and others. Jeff Carroll also contributed 9 points in the first half, but shot just 3-of-9 from the field.

From the Horned Frogs’ side, Alex Robinson and JD Miller had 7 points a piece to keep the game close. But the Cowboys hit 6-of-14 from 3 as a team in the first half, out-rebounded the Frogs 16-13, and lead 34-29 at the break.

In the second half, the Cowboys held off the Horned Frogs until a 13-3 run gave TCU a 60-57 lead with under 10 minutes to go. Down the stretch, it was TCU trying to hold off the Cowboys, who struggled to get anything going outside of star point guard Jawun Evans. However, the Cowboys buckled down late on defense and went to their money maker at point guard to hit a big step back jumper with under 20 seconds to close it out.

Oklahoma State, now up to 5th place in the Big 12, looks ahead to Bedlam on Saturday against the last place Sooners and another great opportunity as the NCAA Tournament looks very likely as we head down the home stretch.