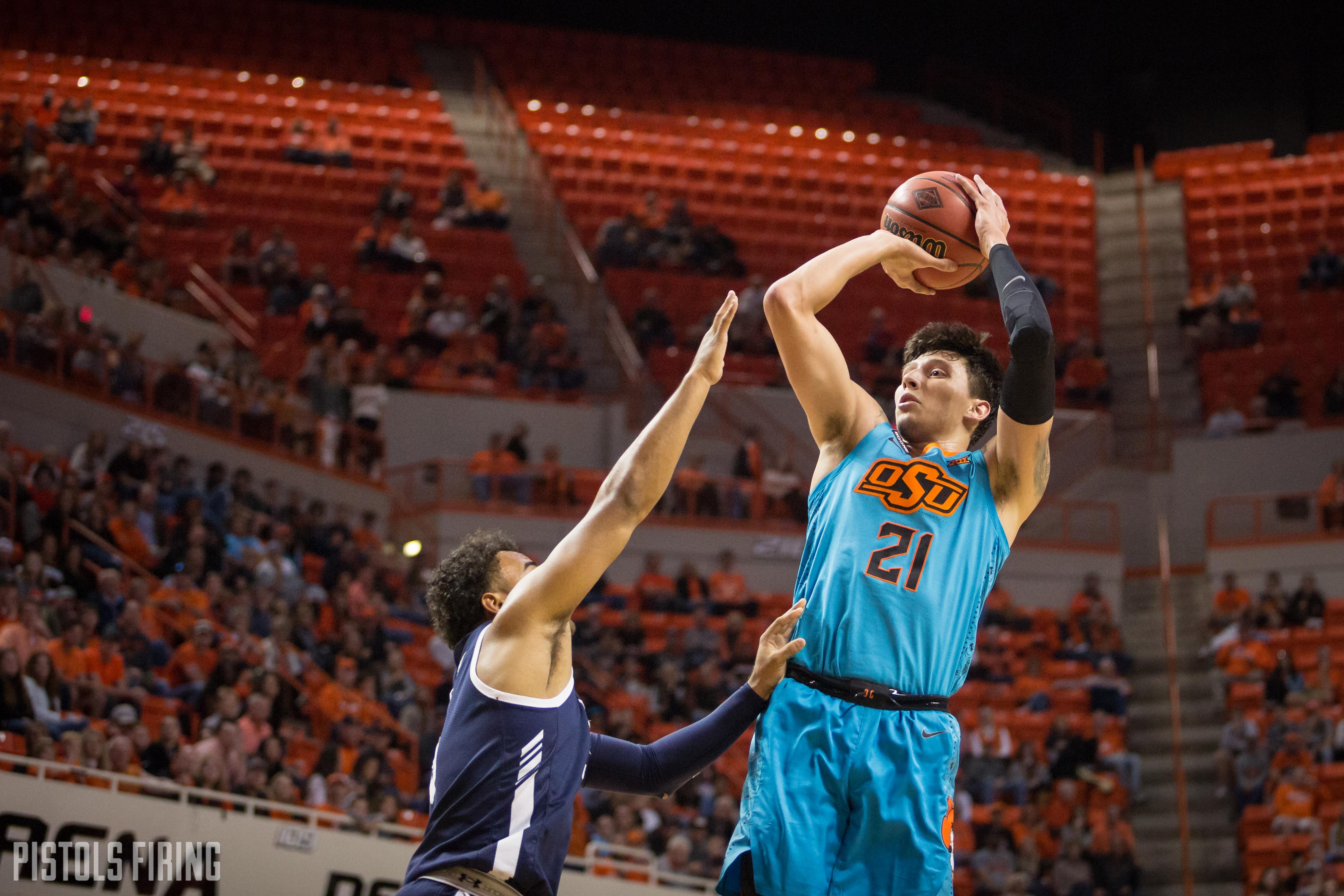 Lindy Waters presented 16 special people at Oklahoma State with gifts following OSU’s 64-57 win over Yale on Saturday in GIA. He gave the other 7,000 in attendance theirs during the game.

After racing out to an early 20-10 lead, OSU went cold late in the first half and hit just two of its final 13 shots. They led the Yaleies 27-23 at the break, but that felt like it should have been more given the 14 times Yale turned it over in the first 20 minutes.

Another issue for OSU early was from deep. They hit just one of 10 three-point attempts in the first half as Waters and Cam McGriff combined to go 0-for-5 from 3-point range.

Still, the good guys didn’t trail over the final 16 minutes of the opening half, and a cruise home toward their fourth straight win to open the season over the No. 141 Bulldogs (this is a KenPom-approved website!) felt like a foregone conclusion.

OSU traded blows with Yale for most of the second half as it bookended that 2-for-13 close to the first with an 0-for-5 start to the second. Still, they set the pace throughout.

The Pokes would go ahead by four and Yale would tie it. Then OSU would go up three and Yale would knot it back up. Incredibly — if you watched the game (because this felt impossible) — Yale never led and OSU never trailed in the second half.

And in the last four minutes, OSU finally closed out the Bulldogs.

Yor Anei grabbed an and-one at the 3:35 mark to put OSU up 54-50, and Lindy slammed the door. He hit back-to-back 3-pointers and a filthy fadeaway jumper to make it 62-54 and essentially put the game out of reach. Ice iced it with a pair of free throws, and OSU — which kind of (?) mostly (?) controlled the game — remains loss-less.

“They’re a really good team,” said Mike Boynton afterward about Yale. “We scheduled a really hard schedule to prepare us for conference play down the road.”

OSU was menacing defensively but also careless on offense and not as assertive or as creative in the halfcourt offense as they should (and could) be. They also didn’t hit their free throws. The Pokes were just 8-for-15 from the stripe and left a lot of points on the table there.

In the end though, this was Waters’ day. OSU wore their N7 uniforms (I love them, don’t @ me) to “pay tribute to the Native American heritage of Oklahoma.”

Waters paid tribute to both the important figures in his life (after the game) and the win column for OSU (during it).

“He stayed confident,” said Boynton. He wasn’t making shots early. He never let himself get down, he was able to make some shots we really needed down the stretch. We’re lucky to have one of our seniors set up today.”

OSU will play Western Michigan next Friday night at 7 p.m. in GIA.