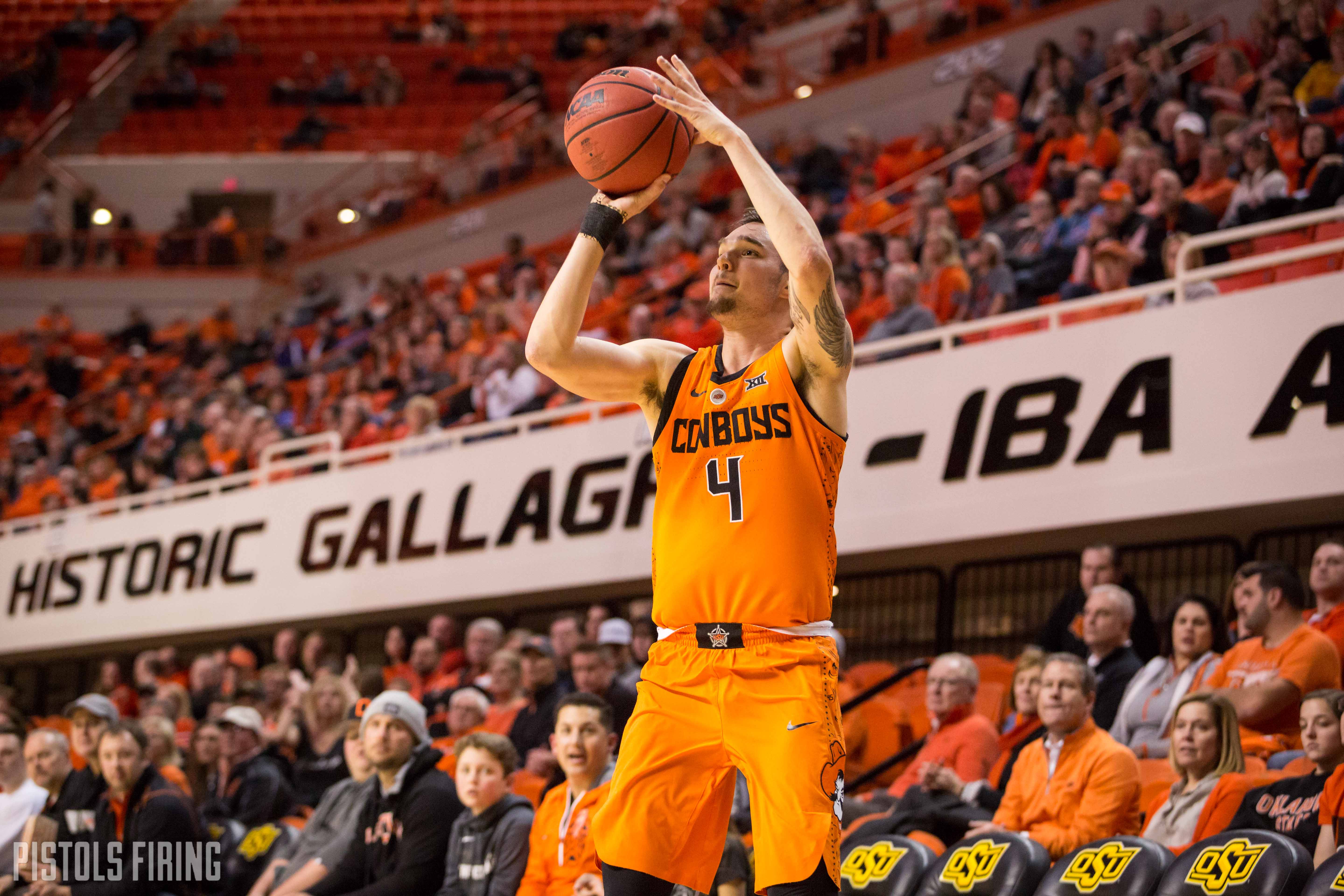 Oklahoma State snapped an eight-game conference losing streak (and five-game overall skid) by besting TCU 68-61 inside Gallagher-Iba Arena on Monday night. The Cowboys came out like a team that hadn’t got over their last meeting with the Horned Frogs.

It’s been 12 days since JD Miller hit a last-second buzz-beater to break the Cowboys’ hearts in Ft. Worth, but no one on the visiting squad would have a chance to do that on Monday night.

OSU was lights out early starting 7-of-9 from 3 to build a 13-point about 10 minutes into the contest. Three of those came off the hot hand of Thomas Dziagwa who matched his career-high 23 points that he set just two days earlier.

The Horned Frogs, who started 0-for-3 from deep during that same stretch, were slow moving early thanks to some stingy OSU defense. Riding a 19-2 run and that hot shooting, the Cowboys established control of the game early on before taking a 39-30 lead into the break.

The Cowboys matched that 14-point lead early in the second half with Isaac Likele getting into the scoring action and Dzigwa continuing his streak and the Pokes were in control of things for more of the period before things dried up. TCU used a 10-1 run to pull within 3 with just over six minutes remaining.

After trailing for 33:50 in Ft. Worth two weeks ago, the Cowboys led for 33:13 at home on Monday. But they still had to hold on late to earn the win.

OSU went through a six-minute period down the stretch without making a field goal, but got things going just in time. Lindy Waters, who didn’t score until midway through the first half, ended with 14 points but none more important than the 2 he made with just under two minutes to go.

After TCU closed to within 2 points, Waters backed down his man and hit a fadeaway jumper to push the lead to 4.

Isaac Likekele hit the putback with 27 seconds left to push OSU’s lead to 65-59.

Five and a half seconds later he was at the free-throw line for a one-and-one to restore the 6-point lead. He made both and the Pokes were on their way to a much-needed win.

Player of the Game: Thomas Dziagwa

Thomas Dziagwa, who scored a career-high 23 points and nailed a career-high seven 3-pointers on Saturday against Texas, was still smoldering after the short two-day break. He quickly reignited on Monday, making his first three from long distance.

Dizzy led all scorers matching his career high with 23 points on 8-of-14 shooting (and another 6-for-11 from deep). He also added three rebounds and two assists in a team-high 39 minutes.

Next up: The Cowboys head to Manhattan on Saturday for a 3 p.m. tip against Kansas State.