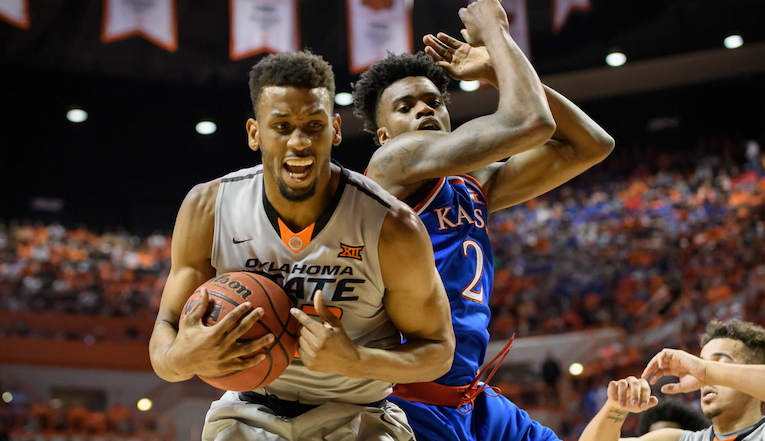 Gallagher-Iba was a sell-out. The crowd was alive and rowdy. But against Kansas in its regular season finale, Oklahoma State couldn’t seal the deal against the top-ranked Jayhawks OSU’s streak of three straight wins over KU in Stillwater will come to an end in disappointing fashion.

Kansas shot lights out from the floor on Eddie Sutton court, finishing the night 56 percent — including 43 percent from downtown. Frank Mason III, who is billed as a likely frontrunner for Player of the Year, may have had one of his most complete performances of Big 12 play. He had 27 points, knocked down all six of his free throws, and chipped in 9 assists and 8 rebounds in a near triple-double.

Josh Jackson, KU’s freshman star, also added 17 points of his own. Not typically known for his outside shooting, he only finished with one 3-pointer — but it was a dagger late in the second half as the Jayhawks pulled away.

For Oklahoma State, Jeff Carroll led the way with 27 points and Jawun Evans had 22 points. But spotty production from the bench, which only contributed 7 points in a losing effort, was difficult to overcome. Seniors Leyton Hammonds and Phil Forte combined for 23 points.

Oklahoma State will face Iowa State in the Big 12 tournament next week.