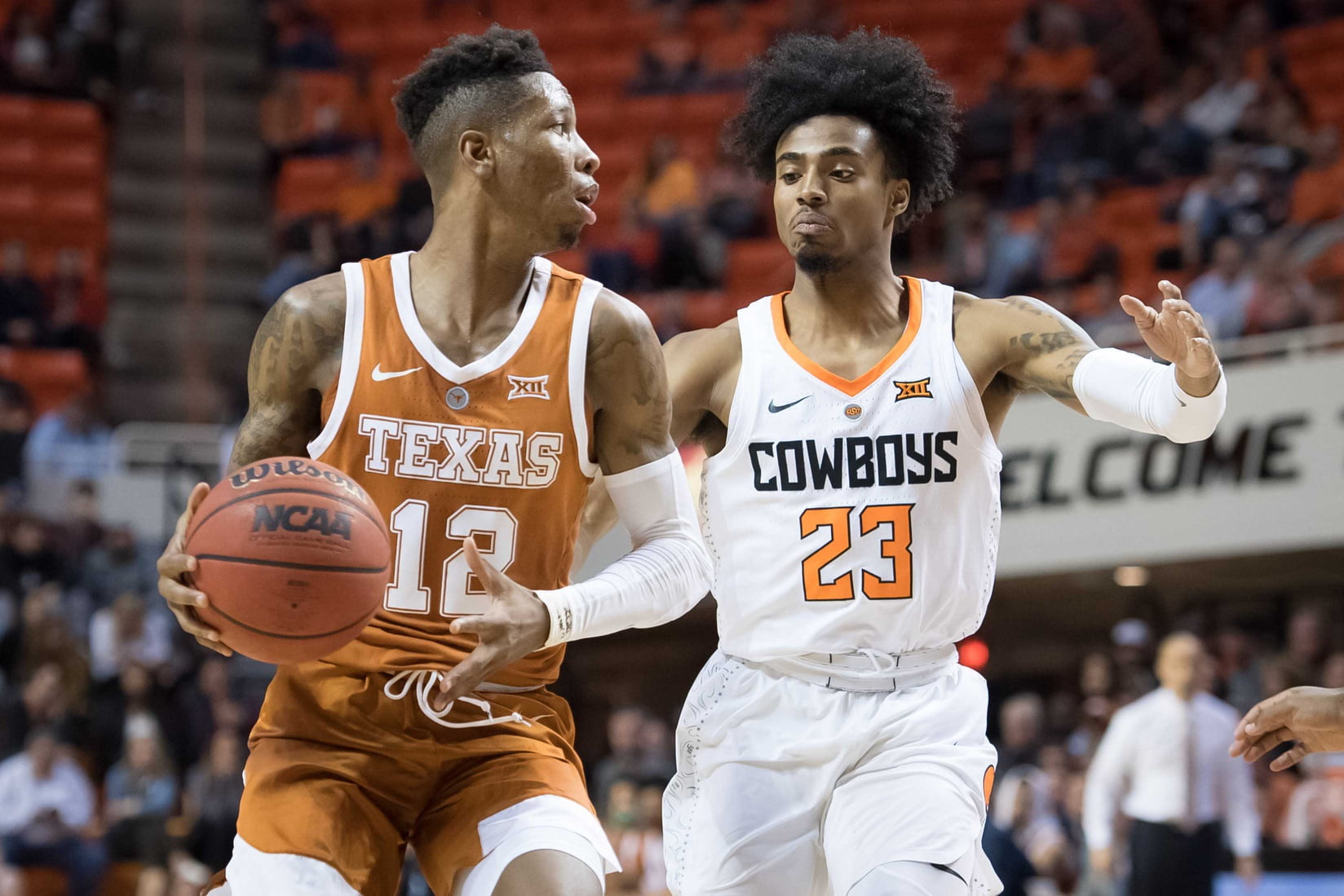 It took three tries but the Cowboys finally earned their first conference win. After starting the game on ?, the Cowboys offense was snuffed out late. But the Cowboys outlasted the Longhorns 61-58 to move to 7-8 on the season and 1-2 in Big 12 play.

It was all OSU early with Lindy Waters carrying the Cowboys from the tip making three of his first four shots including all three attempts from 3. The Longhorns, on the other hand, couldn’t buy a bucket early starting 1-of-10 from the field. Cam McGriff, Thomas Dizagwa and others joined the fun filling it in from deep to take a commanding lead into the half.

The Cowboys took a 39-22 lead into the half with Waters and McGriff outscoring the Longhorns 24-22 on 11 combined field goal attempts. That was a season-low for the ‘Horns in a first half.

Emerging from the intermission down 17, the Longhorns made their own run early in the second half to make things interesting. A late Texas push fueled by some active whistles and some head-scratching OSU turnovers turned what should have been a blowout into a tight game down the wire.

It Was Over When… Far Too Late

Texas used a late surge and some different looks on defense — including some full-court press that stifled OSU’s offense — to pull within 6 with just under three minutes remaining. Then the Cowboys committed three turnovers and scored zero points for nearly four late crucial minutes as the Longhorns cut the lead to 59-58 with 11 seconds remaining.

But Isaac Likekele drilled two clutch free throws with 10 ticks on the clock despite an attempt at icing by Shaka Smart. Texas had one final look with former OSU target Coutrney Ramey missing a would-be game-tying 3 as time expired.

Player of the Game: Lindy Waters

After starting hot with 16 points on six shots, Lindy Waters didn’t attempt another field goal until late in the second half.

But that’s when he pulled up from Hennessey.

Despite a couple of late turnovers, Waters had his best outing of the year with a game-leading 19 points on seven shots and added nine rebounds. He made all five of his 3-point attempts and all four of his free throws.

Stats You Should Know

The Pokes are now 6-3 when they get the best of the boards. The Cowboys out-rebounded the Longhorns 38-30 and held the edge on the offensive glass 12-7. But they still took three less shots than Texas (?!) and were outscored 40-20 in the paint.

But the 3-point disparity was damning for the ‘Horns. OSU went 8-of-19 from deep, led by Waters, while Texas made just two of its 22 shots from 3.

What’s next: The Cowboys head to Morgantown to take on the Mountaineers on Saturday at noon.