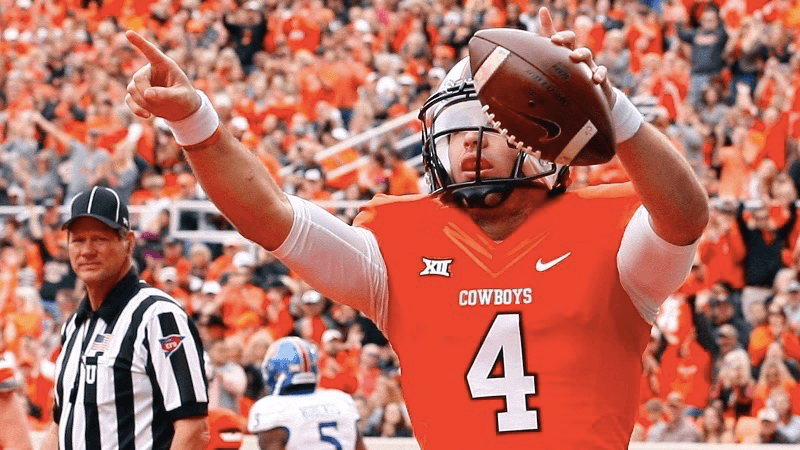 Can you imagine? The General wielding his musket as he traipses down Highway 51 towards his personal cathedral all lit up and shimmering in the Oklahoma mist for 13 more games? It’s quite a thought.

On Monday, Mike Gundy said it could happen. J.W. Walsh could petition the NCAA for a 6th year of eligibility.

Mike Gundy thinks JW Walsh would be good candidate to get a 6th year of eligibility. Would have to file papers after regular season

Walsh actually said earlier this year that he didn’t think he could get a 6th year.

“We’ve talked about it but I don’t know if I’m even eligible. I don’t think I am,” said Walsh. “If they would (allow it), maybe. But it’s one of those things that it’s just kinda of an if because I don’t even think I’m able to ask for another year.”

Apparently that has changed. And I don’t know why it wouldn’t. This isn’t unprecedented. Jason White tore his ACL in his second game in 2002. The same game Walsh was injured in last year.

I wrote about this briefly last season, and something Jason Kersey wrote a few years ago for the Oklahoman explains it well.

A student-athlete can apply for a medical hardship waiver, which allows for an extra year of eligibility, if he or she suffers an injury or illness that prevents them from finishing the current season.

The injury must occur during the first half of the season, and the player can’t have participated in more than three games (or 30 percent of the scheduled games, whichever is greater).

Check and check last season for Walsh. Kersey went on to note that the Big 12 is the organization that does the distributing of redshirts. This will be interesting. OSU could certainly use Walsh for another season and it sounds like he would be open to it (he’s clearly enjoyed Stillwater). He could be our new Gabe Lindsay!