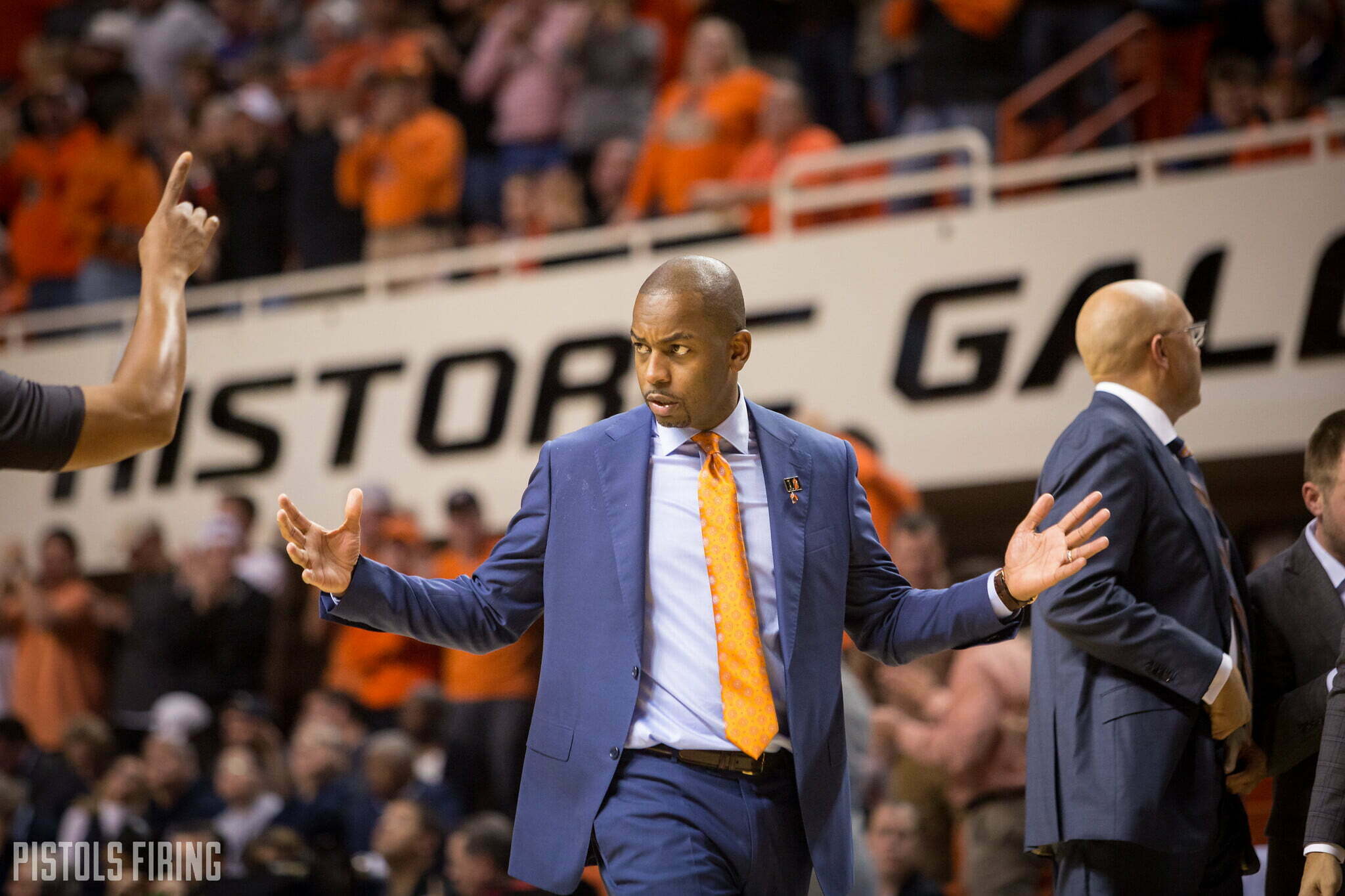 Maybe it doesn’t pay to play by the rules.

No, I’m not being facetious and, yes, I do realize that Oklahoma State’s current predicament is the result a former university employee not playing by the rules. But when you compare the NCAA’s recent punishment handed down, to the transgression OSU is accused of, things look pretty lopsided.

But throughout the entire process, the school has done nothing but cooperate with the NCAA at every opportunity, a fact that makes the handed-down judgment all the more puzzling for OSU brass and Mike Boynton.

What’s more, that cooperation contrasts with schools like Kansas, which has vigorously denied its charges since being handed its own Notice of Allegations last year. Now Kansas and other schools with a longer list of reported violations may enjoy an advantage that the cooperative Cowboys don’t.

Unlike OSU, Kansas’ case has been referred to the IARP or Independent Accountability Resolution Process. The appealing (no pun intended) and operative word here is “independent.” This process works outside of the NCAA with only select positions being held by NCAA reps. Many view this as a benefit if KU’s case is accepted.

So how does a school with five Level I violations which fought the NCAA from the start seemingly gain an advantage over a school with one such violation that has been nothing but obliging throughout the process?

This question only begs questions. Why did OSU cooperate? What qualifies a case to be referred to the IARP? And is an independent review an actual advantage? Some would argue that it’s not. Here’s what Indinapolis Star columnist Gregg Doyel wrote about the IARP recently.

Welcome to the new system, which sure sounded great initially, didn’t it? It’s independent from the NCAA! We’ll get a fair shake! Well, sure. But you better be innocent. [IndyStar]

On Monday, Boynton spoke with Jeff Goodman’s on his Good ‘N Plenty podcast, about OSU’s decision not to appeal the original allegations and if he regretted the decision the school made.

“What we did is we just thought, when we looked at the information they presented to us, there really wasn’t anything to fight,” said Boynton. “What they say in their report, that we’re supposed to be responsible for, is what played out in federal court.”

“So, we cooperated with the process, and we gave the information. In fact, I flew to Georgia in February during the season this year to be present at the hearing. I missed a practice, almost missed a game trying to get back to be cooperative with them.”

In the case of Kansas, there were multiple allegations including a recruiting plot, specific naming of both head coach Bill Self and assistant Kurtis Townsend, and a “lack of institutional control.”

As Boynton explained, OSU really didn’t have anything to fight. Lamont Evans was found to have taken those bribes and was found to be working independent of the university.  KU, on the other hand — whether right or wrong — does have violations it would like to contest and, after seeing just how hard the NCAA dropped the hammer on OSU, plenty of reason to want to contest them.

Not all cases within the NCAA go to this recently-formed IARP. In fact, they only have a handful in the queue right now. Let’s look a little deeper at the IARP and what cases might qualify. First off, here’s a quote from the IARP mission statement:

The creation of independent groups to handle select complex infractions cases and minimize perceived conflicts of interest was the intended purpose of the Independent Structure.

Complex cases may include alleged violations of core Association values, such as failing to prioritize academics or the well-being of student-athletes; the possibility of significant penalties; or conduct that is contrary to the cooperative principles of the existing infractions process. Multiple parties can request referral of an infractions case: school representatives, the Division I Committee on Infractions chair or the vice president of the enforcement staff.

So it’s possible that Oklahoma State’s case was not “complex” enough to warrant such an avenue. While that may be subjective and the referral selection may seem arbitrary, OSU’s case definitely appears to be more cut-and-dry than the slew of charges that the Jayhawks are facing.

But even the rationale for KU’s referral comes with a whiff of blue-blood bias.

In a referral to the IARP, Committee on Infractions chair designee Carol Cartwright, a former president at Bowling Green and Kent State, wrote that the case should be handled by the IARP because of the high stakes for the parties, including the NCAA.

“The case involves one of the premier men’s basketball programs in the country, one of the winningest head coaches in Division I men’s basketball history who is in the Naismith Memorial Basketball Hall of Fame and alleged violations that are central to a federal lawsuit,” Cartwright wrote on May 18. “Few cases have so much at stake. The stakes are particularly high for the Kansas men’s basketball program. The Level I allegations include an illicit recruiting scheme, other recruiting violations, a head coach responsibility violation and lack of institutional control… [ESPN]

Juxtapose anything you read between the lines from that quote with the stiff punishment OSU might be stuck with, and the stench gets stronger.

Boynton continued, “The way they [the NCAA] have treated us and almost, kind of in a smug way, stated that they went light, that was probably the most surprising thing to hear in their press conference is, ‘This could have been worse.’ And I’m thinking to myself, ‘What are we … How?!'”

If the IARP does take KU’s case, that doesn’t guarantee a more lenient outcome and the independent group’s findings don’t come with the automatic appeals process that OSU is taking advantage of after the NCAA’s Committee of Infractions’ findings.

The real question — and the way that history and the general public will judge the NCAA on this whole thing — is how consistent these punishments are across the board. The optics have historically been bad when comparing college athletics crimes on a case-by-case basis, but this situation (which sprung from an FBI sting) is unprecedented in the way these infractions are connected. And that provides the potential for the optics to be even worse.

But the NCAA’s own rep didn’t provide much confidence that we can expect much different than what we’ve seen historically.

Larry Parkinson, the COI chief hearing officer and the director of enforcement for the Federal Energy Regulatory Commission, said Oklahoma State’s penalties shouldn’t serve as a barometer for potential penalties for other schools involved in similar infractions cases.

“Each case is unique,” Parkinson said. “I would caution against reading too much from one decision. The panel bases its conclusions on the record before it, and as other cases come before either this panel or other panels, we’ll decide those cases based on the facts and circumstances of those individual cases. Having had only one and this being the first, I think time will tell whether other cases are similar or dissimilar.” [ESPN]

We don’t know just how this will all end up and — with the potential lengthy appeals process and separate timelines for each school — we may not for quite some time. But if OSU doesn’t gain any ground in its own appeal and Mike Boynton’s program deteriorates beneath him while the Bill Selfs of the world are allowed to continue and prosper (which they may or may not be), it will only cast more doubt on the NCAA and what has become an increasingly complicated disciplinary process.