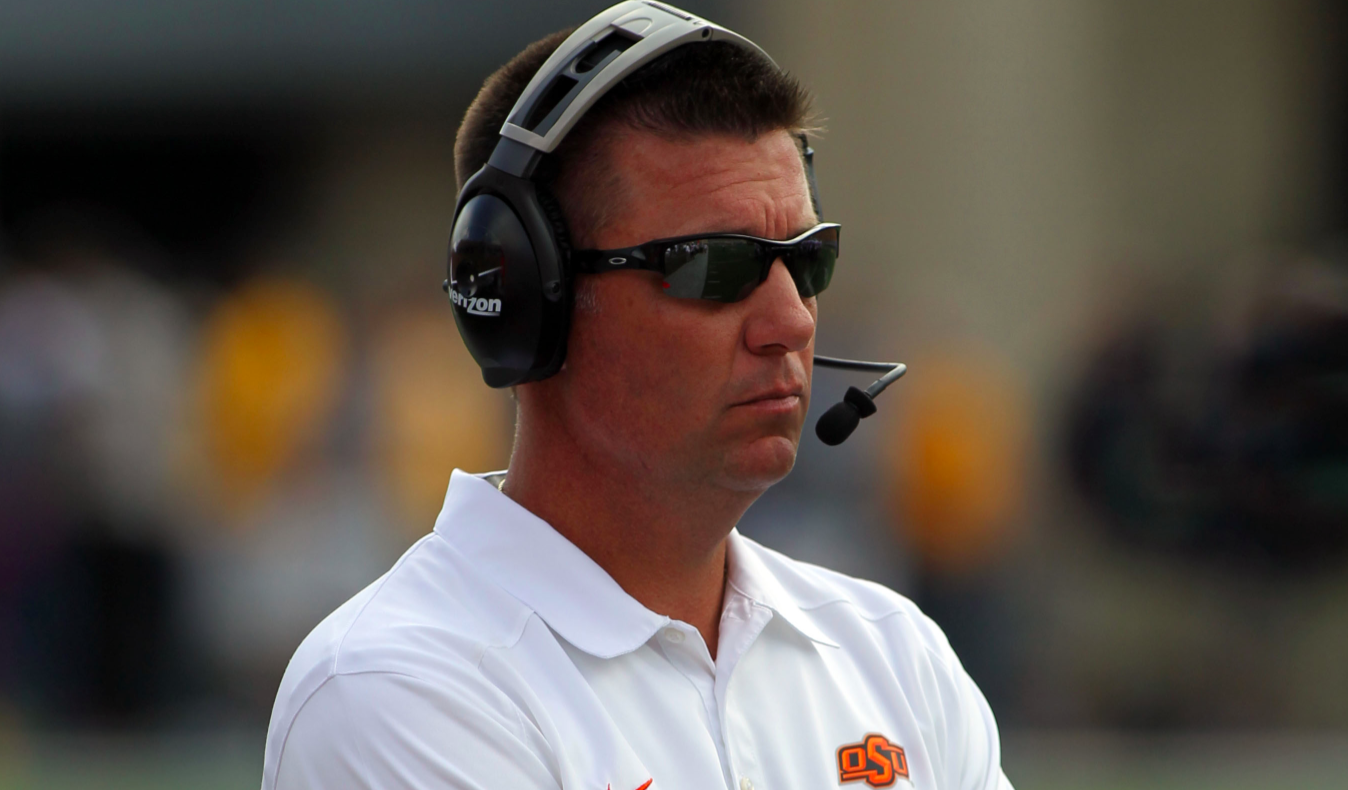 On Thursday Mike Gundy said the following in the Tulsa World:

“We’re better. We’ve still got a ways to go. We’ve got spots that we’re pretty average at, but we’ve improved in tackling.”

“I haven’t really put the statistics on it. I think at times those can be misleading, based on their opportunities on the field and so on and so forth.”

“But I feel like that they’re improved. They’re in the right spot and we’re a better defense than we have been since I’ve been the head coach here.”

Hmm, OK. The best defense OSU has ever had under Gundy?

Wait, is it even better than last year’s defense? What about that great defense from 2011?

How about we actually do put some statistics to it and look at this year’s average yards per play and points per drive vs. last year through the first five games.

So yes, by pretty much every account this year’s defense is better than last year’s[1. Last year’s team faced better teams in its first five games but the margin isn’t great enough that I think it would matter.] but I do wonder how much of that is attributed to turnovers which can often be pointed to as dumb luck?

You could even argue that both the 2012 and 2013 defenses were basically the same, this one just looks better because of turnovers created.

For fun, here’s a look at the 2011 stats through five games:

I think this points even more to last year’s D being extremely unlucky.[1. Although the 2011 team was playing much better competition.] Last year’s defense was nearly a full yard per play better than in 2011 but only created 22 turnovers all year and four (!) through the first five games.

Here’s the problem with this season…

If that 1.4 turnover margin holds for the rest of the year that would be the 10th best NCAA margin of the last five years (roughly 625 team seasons). I’m not saying it won’t happen because the Big 12 isn’t exactly teeming with elite offenses, but it’s worrisome given the state of OSU’s offense.

I’m afraid they’ll have to be carried at times by a defense that takes chances which means we’re likely to see more big plays against it.

This year’s defense is definitely better — both empirically and statistically but I’m interested to see which way that turnover margin goes and if they can keep up this pace. If they can, OSU can still win the Big 12[1. I sound like Mack Brown right now.] but if not things could get really ugly really fast.