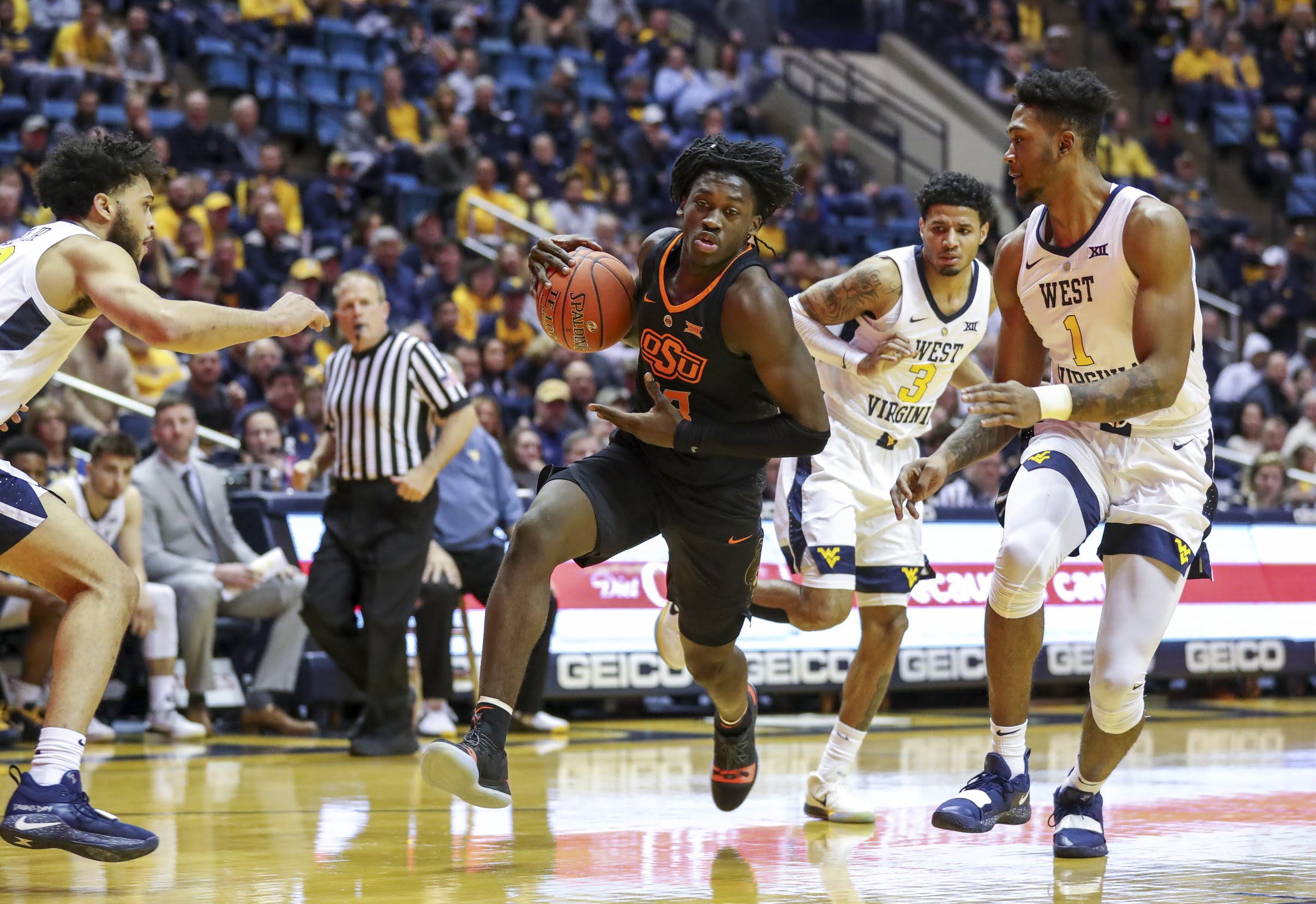 They call him “Ice” but on a chilly day in Morgantown, OSU’s freshman point guard was on fire.

Isaac Likekele was the driving force behind an 85-77 Oklahoma State road win in which the Cowboys led the Mountaineers for 33 of 40 minutes.

Likekele started hot making back-to-back layups in the first four minutes of the game, and stayed engaged throughout. When the Cowboys needed a bucket and a spark, Ice delivered. And a couple of times he delivered big including a bingeworthy slam and this coast-to-coast one-man scoring possession that displayed all of his tools — physicality, quickness, vision and an ability to get a bucket when needed.

Following his second straight win in Morgantown, Mike Boynton talked about what it has taken to record a perfect record in such a tough road venue in his young head coaching career.

“You’ve still got to go out there and try to find a way to take care of your basketball. You’ve got to find a way to make some shots against really good length and athleticism,” said Boynton. “One thing we did not do well is (finding) a way to rebound. We competed on the glass, but they sure kicked us on their offensive end in that area.”

His freshman point guard hit on all three marks.

Likekele’s 23 points on just seven field goal attempts led all Pokes and were a career high, and in a game when the Cowboys got out-rebounded 43-36, his nine rebounds tied a career best.

With sophomore guard Michael Weathers out after going down in the first half with a sprained ankle, Likekele also played a career-high 35 minutes. There have been concerns about the young floor general and his propensity for turnovers when tank gets empty, as pointed out multiple times by Bryndon Manzer during the broadcast, but Ice was cool under pressure. He shared the team lead in assists (3) without committing a single turnover for the first time in his college career.

He has even picked up the slack at the charity stripe. Likekele came into the West Virginia game with a 66.7 free-throw percentage, but went 9-for-11 from the line on Saturday including a pair of late-game free ones to ice the Cowboys’ lead. Those, of course, were reminiscent of the only two he attempted (and made) in the waning moments against Texas to secure the Cowboys’ first conference win on Wednesday.

With the severity of Weathers’ injury unknown, Boynton and the Cowboys will lean even heavier on their young floor leader. And if his breakout game at West Virginia is any indicator, Likekele is up to the challenge.