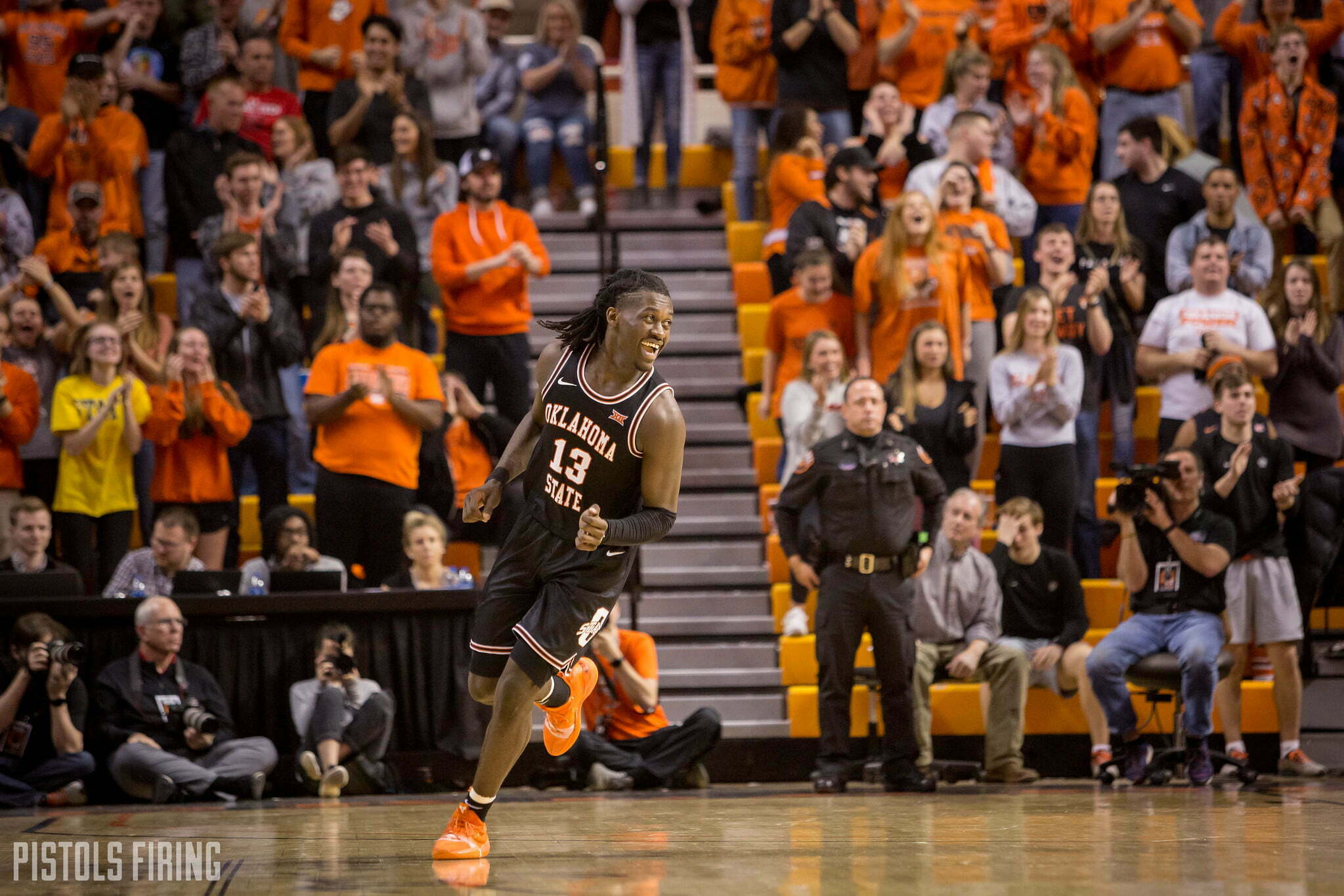 Once the Cowboys’ season ended, Isaac Likekele knew he wanted to have a junior year, and with the NBA Draft process in flux, it made the choice that much easier.

A report came out earlier this week that Likekele would return to OSU, and Likekele tweeted a video featuring the “New Era” mantra the team is pushing Tuesday. He was probably a fringe draft pick. A good showing at the combine could’ve put him on some boards, but the combine might not happen amid the COVID-19 pandemic.

Going to the combine and not signing with an agent would’ve given Likekele the option of returning to college with knowledge of what NBA teams wanted him to improve on. He also could sign with an NCAA-certified agent and still be allowed to return.

“That would’ve been perfect for me,” Likekele said Thursday about potentially testing the waters. “If I was to enter this year, that’s what I feel like it would’ve been more for. … I feel like right now would’ve been a perfect time for me to go, experience it, hear different things from different scouts, get that first-person info, things like that.

“If I could sit there and talk to NBA GMs and they could tell me [what I need to work on], then that’s my blueprint right there, and I’m gonna go work on it. As long as you don’t, I feel like you’re kinda, not blind working, but I feel like if someone could tell you the answer to how to get somewhere, you’re gonna want those answers. That’s kinda what I wanted to do this year, but I feel like with the whole corona thing going on, it’s not an option. That would’ve been the perfect situation. That’s what I wanted to do this year.”

Likekele knows some of what he needs to work on: scoring on the second and third levels.

He is a menace when attacking the basket, but he said he wants to get more consistent in the mid-range and develop the ability to be a reliable catch-and-shoot 3-point shooter.

Offseason development is in a weird spot with the pandemic, but Likekele said he is able to work on his game at an “undisclosed location.”

But Likekele will be back in Stillwater next season with what will be the most heralded iteration of the Cowboys since at least the Smart/Brown/Nash era. Although that decision to come back was a long time coming, Likekele’s video Tuesday evening was the final piece of that.

“The video was more a solidification of, ‘Yeah, I’m 100 percent bought into being a part of the new era,'” Likekele said. “That’s all it was.”

I heard some bout a New Era.. why wouldn’t I want to be apart of that🧡. pic.twitter.com/nyZVsFo1Kh