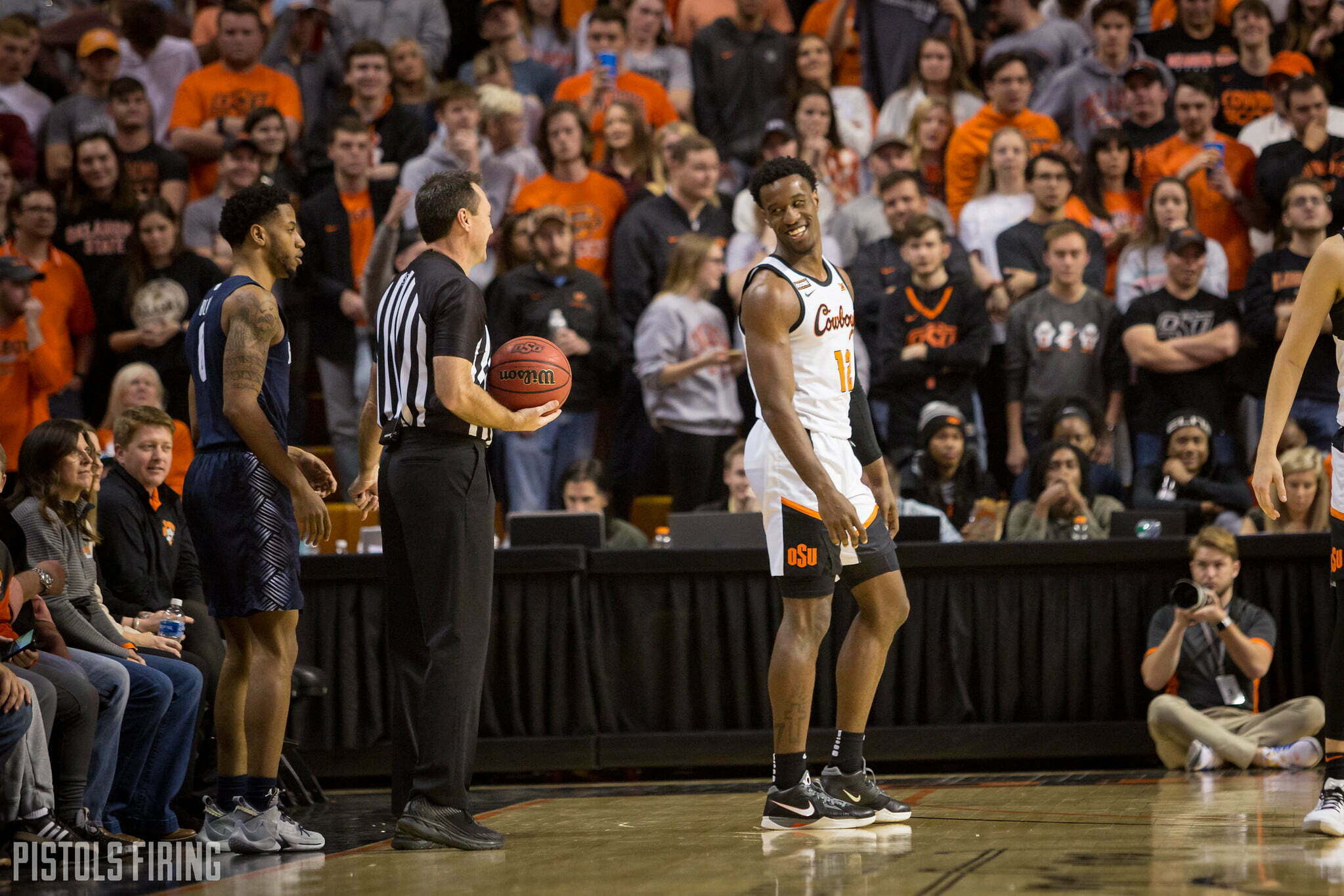 Oklahoma State’s 2011 Big 12 title team helped accelerate the death of the BCS, and now its basketball program might help take this one step further and become one of the primary participants in ending the NCAA as we know it.

Surely, the NCAA won’t up and disappear like the BCS did, but the summer of 2020 has made it exceedingly clear that this organization won’t exist in the same way it does right now in 10 years or 20 years from now. The end of the NCAA is coming, and OSU’s basketball sanctions might play a role in that happening.

This might all sound very convoluted and high-minded, and perhaps it is (although I would argue that none of us would have thought — in the days after it happened — that that 2011 game in Ames would be the end of the BCS). However, after I read about what Missouri has been saying about the NCAA for the past year or so, it does seem as if we’re at a bit of a tipping point for the NCAA and college sports.

If you Google Missouri NCAA case, the output is insane. So much information. In trying to research Oklahoma State’s case, I learned more about Missouri’s than any other in recent memory.

Here are the Cliff’s notes: A Mizzou tutor did work for Mizzou players and acted completely independently of the school itself. A bad actor, some might say. Mizzou got torched for it and received postseason bans in multiple sports (including football last year, which nobody remembers because they went 6-6).

The details are different, but if you squint at it, the narrative is similar. One person acting independently of the school, although in Missouri’s case it was probably a bit worse because it sounds like the tutor was pressured at different points by different people. Regardless, that’s not even the point. The point is how Mizzou responded after its appeal to remove the postseason ban fell flat.

I stumbled upon this statement on a SB Nation post recently when doing research on OSU’s own NCAA violations. Look at this!

Jon Sundvold, Chair of the University of Missouri Board of Curators

“The NCAA Committee on Infractions made a mistake yesterday. We expect leadership from institutions to admit when they make a mistake, correct that mistake and move forward. The NCAA should do the same. As David Roberts, NCAA Committee on Infractions panel chief officer, said, “Missouri did the right thing.” I now expect the NCAA to do the right thing.

“If it doesn’t, a dangerous precedent has been set. When an individual acts independently of their employer, violates rules, commits extortion and shops her accusations to the highest bidder, why would that institution be punished unjustly after doing the right thing?

Pause. He’s referring to the tutor’s offer to provide info (for $3,000) about who she helped pass classes. Not great, but also not a systemic issue within Mizzou (allegedly).

“Inconsistent actions by the NCAA continue to erode its credibility. If it doesn’t admit and correct this unprecedented fault, many Power Five schools, like Missouri, will question the need for the NCAA as a governing body.

“As our appeal moves forward, I appreciate the support of the SEC and Commissioner Greg Sankey. When Mizzou wins the SEC East next year, he should do the right thing and invite one of its good standing members to play in the SEC Championship game.”

Plot twist: Mizzou did not win the SEC East. Again, not the point.

The point is this little gem.

“Inconsistent actions by the NCAA continue to erode its credibility. If it doesn’t admit and correct this unprecedented fault, many Power Five schools, like Missouri, will question the need for the NCAA as a governing body.”

Whoooooooooooooo baby! In other words: Stop over-adjudicating your power or you’re not going to have any power left at all. That’s what Missouri thinks happened. That’s what did happen with the Lamont Evans-Oklahoma State case.

One of the unintended consequences (benefits?) of the pandemic has been seeing (and also remembering) how little power the NCAA has within the only college sport that matters on a financial level. The NCAA sort of adjudicates what happens within football — especially as it relates to violations and structure, but it doesn’t own anything. In fact, the only significant property it does own is the NCAA Tournament, which makes the NCAA (and its institutions) a lot of money.

However, it’s money that pales in comparison to what football brings in, which again the big five conferences — Big 12, Pac-12, ACC, Big Ten and SEC — could feasibly run (and kind of already do run!) independent of the NCAA. Of course there are all sorts of tax implications here that I’m not even going to pretend to understand that would severely complicate the way all of this gets untangled (the NCAA is not taxed on its March Madness money but schools might have a tough time if they stepped away from the NCAA), but the bottom line (literally and figuratively) is clear.

Universities have the means (i.e. football revenue) to run this show outside the strictures of the NCAA. Because of that — if they can all figure out how to make it all work — they could theoretically exist outside the bounds of the NCAA. Cases like Missouri’s and — more pertinent to our interest — Oklahoma State might not be the ones that break the dam, but if and when it does happen they will certainly be looked back upon as some of the many incidents along the way that wiped out the NCAA as it is currently composed.