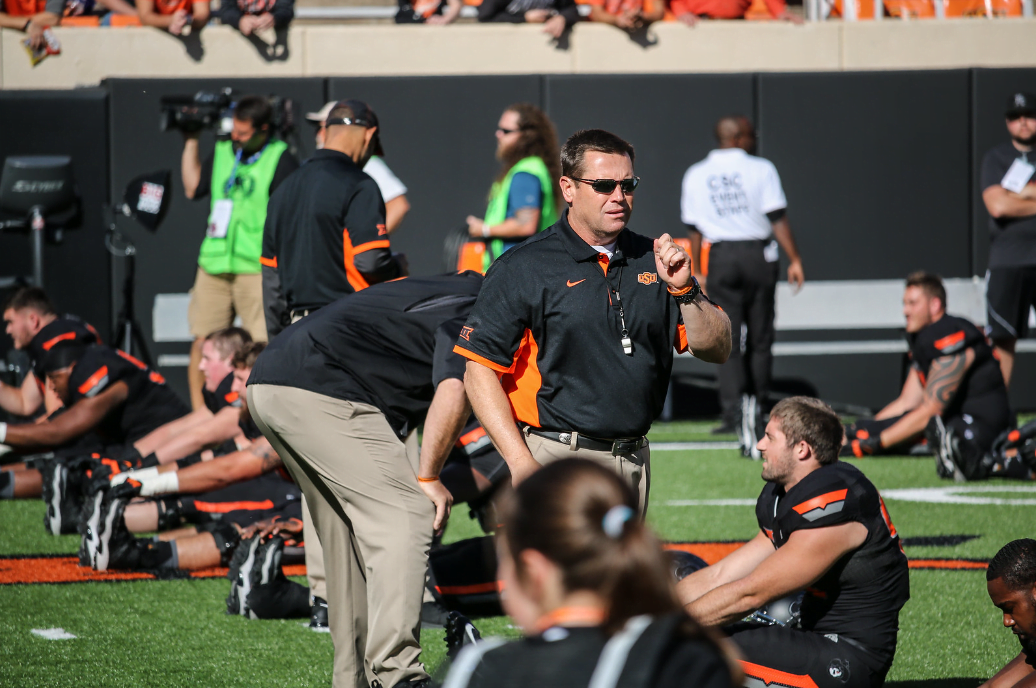 For years, Rob Glass has probably been the most routinely recognized strength coach in college football thanks to Oklahoma State head coach Mike Gundy. Now it appears that the 18th-year OSU staffer might also be the highest-paid.

According to a report by The Oklahoman‘s Scott Wright, Glass’ new deal makes him “likely” the top-earning strength coach in the sport. This is based on documents obtained from the USA Today Network.

The contract, which took effect Feb. 1, is reportedly good for five years and $1 million annually. Previously, Ohio State’s Mickey Mariotti was the highest-paid strength assistant at $801,150, according to public knowledge. It’s important to point out that salary info for private universities is not public knowledge.

Glass has built a reputation for turning two-stars into four-star level talent during his time in Stillwater, a key reason the Cowboys are able to compete at the top of the league despite not pulling the area’s elite recruits. #BodybyGlass has been used as a recruiting tool and calling card by OSU coaches, players and fans for years.

Glass graduated from OSU in 1984 and stayed on as a graduate assistant before being promoted to head strength coach in 1989. He was hired off to Florida in 1995 but Mike Gundy brought Glass back as the Cowboys’ Assistant Athletic Director of Speed, Strength and Conditioning when he took the helm in 2005.