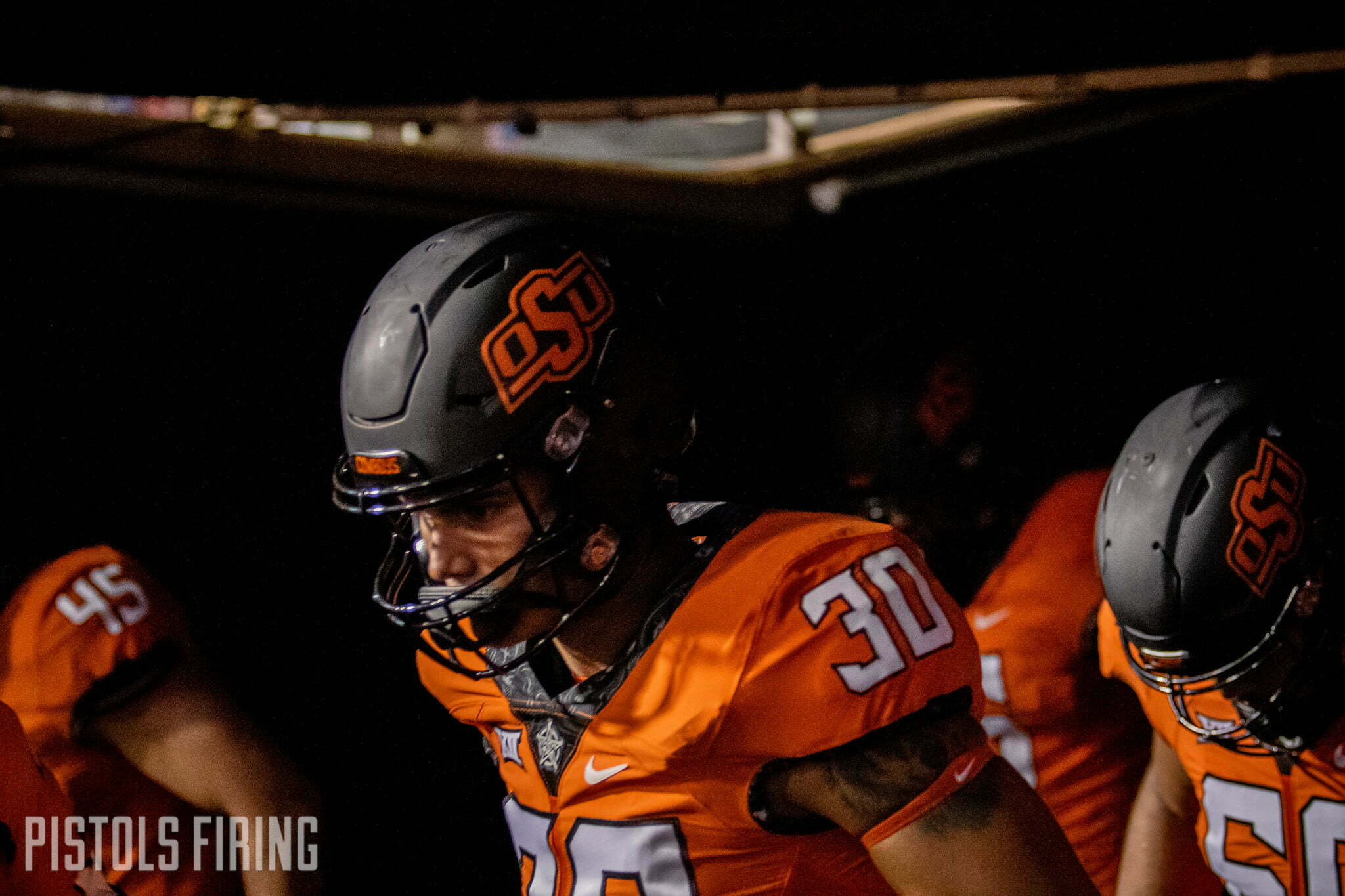 Mike Gundy’s “We’ve got a logo” campaign seems to be staying true on the Cowboys’ updated turf.

Oklahoma State basketball analyst Barry Hinson, a man of the people, has been sharing regular updates of Boone Pickens Stadium’s new turf installation, and the Monday rendition was the most revealing thus far, showing a bright orange brand at the center of the field.

Sticking with the status quo has been met with a few mixed reactions on Twitter, but with the “We’ve got a logo, too” soundbite being blasted everywhere, it makes sense that OSU would, in fact, stick with that logo. There do seem to be some minor differences with this brand, though. The orange outline looks more prominent, though that could be from wear and tear from the old one.

Some of the disappointment probably comes with OSU asking for suggestions a few weeks back, and Twitter got to get all of its collective brain cells together to pump out some cool ideas.

For those hoping for something new (like cursive Cowboys somewhere — anywhere), maybe the end zones will hold what you’re looking for. As of Hinson’s latest update, the end zones are solid orange for the time being.

Tin foil hat time: What if this is all some sort of ruse on OSU’s part? What if Hinson, a man of the people, is actually a company man deceiving the masses when the real centerfield logo is James Castleman’s paint flying off his helmet? What if it’s Cale Cabbiness mossing a Boise State defender? Something to think about.

But, OSU tweeting more “We’ve got a logo” propaganda (and the fact that using your main logo as your main logo makes sense) sure makes it seem like the brand is here to stay.