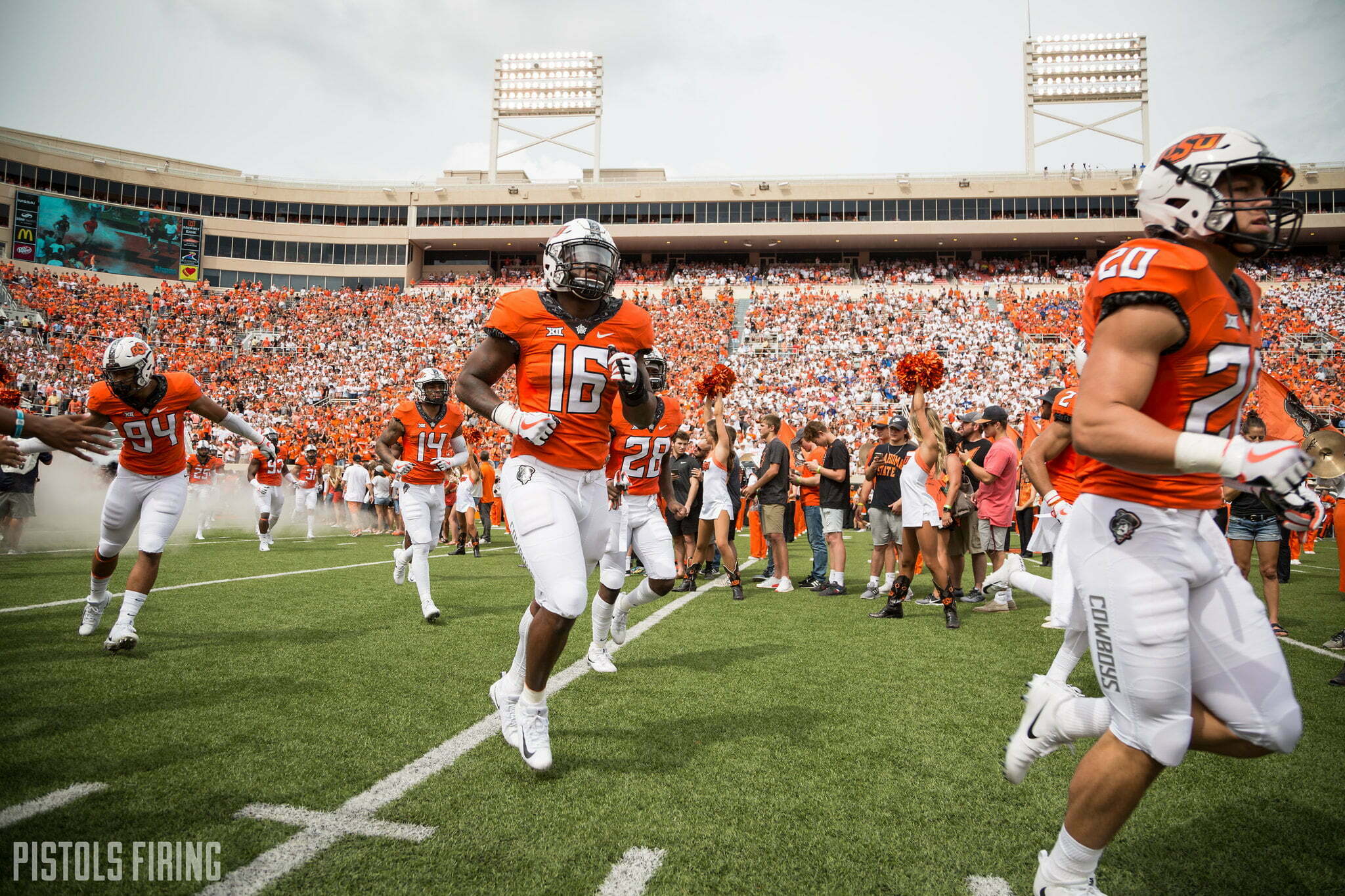 STILLWATER — Devin Harper has bided his time behind the likes of Devante Averette, Chad Whitener, Justin Phillips and Amen Ogbongbemiga. He has battled through foot and shoulder injuries. But entering his sixth year, it’s finally his turn.

After redshirting in 2016 and taking an extra year because of the pandemic, Harper enters 2021 as an Oklahoma State starting linebacker. In Harper’s time as a Cowboy, the transfer portal became popular. It would’ve been easy for a kid from Tennessee who has battled through injuries to hop in it, but he stuck it out.

“It’s been a process, but I mean, it’s always gonna be a process,” Harper said Sunday. “Everybody’s time is not gonna be at the same time. I’ve just been waiting it out. They waited on me, and basically just gave me my chance now and I just gotta make the best of it.”

When healthy, Harper has made plays in his limited snaps.

As a redshirt freshman in 2017, Harper was primarily a special teamer. He had just five tackles on the year, but his season highlight came in the third quarter of the Cowboys’ game against Texas Tech. He blocked a punt to set up OSU on the Red Raiders’ 9-yard line in a game OSU ended up winning 41-34.

He earned a bigger role as a sophomore in 2018, playing in all 13 games. He had his first career interception against South Alabama, returning it 24 yards for a touchdown. The next week against Boise State, Harper recorded a strip-sack against the Broncos and had another half sack in the game. He made his first career start two weeks later against Kansas, where he made a career-high nine tackles.

Injuries shortened Harper’s 2019 season to 10 games, some of which he wore a cast during. He made three sacks that year, the most he has made in a season. He again started just one game, against Baylor.

As a redshirt senior in 2020, Harper again started one game. He added another interception to his resume last year, picking off a pass against Kansas.

“It helps a lot just knowing I can make plays, but at the end of the day, I still got to go out there and perform even better now because it’s a new year,” Harper said. “We got new people here. We got new plays in, and we all got a goal we’re trying to accomplish, which is getting to the Big 12. We all gotta do our job to get there to that point.”

Harper came to Stillwater as a classic Mike Gundy diamond in the rough. He was the No. 1,068 player player in the 2016 class, picking the Pokes over offers from Chattanooga, Liberty, Jacksonville State, Murray State and Morehead State.

He was listed at 6-foot-1, 210 pounds as a high schooler on 247Sports. He’ll enter his sixth season of college football at 235 pounds and as a key cog in the middle of the Cowboys’ highly touted defense.

“Devin is one of the most complete athletes that I’ve been around,” OSU defensive coordinator Jim Knowles said. “He’s had some people in front of him, he’s had some injuries, but Devin has NFL numbers. He has all the markings of an NFL player in terms of height, weight, size, all the metrics, speed — his speed is fantastic.