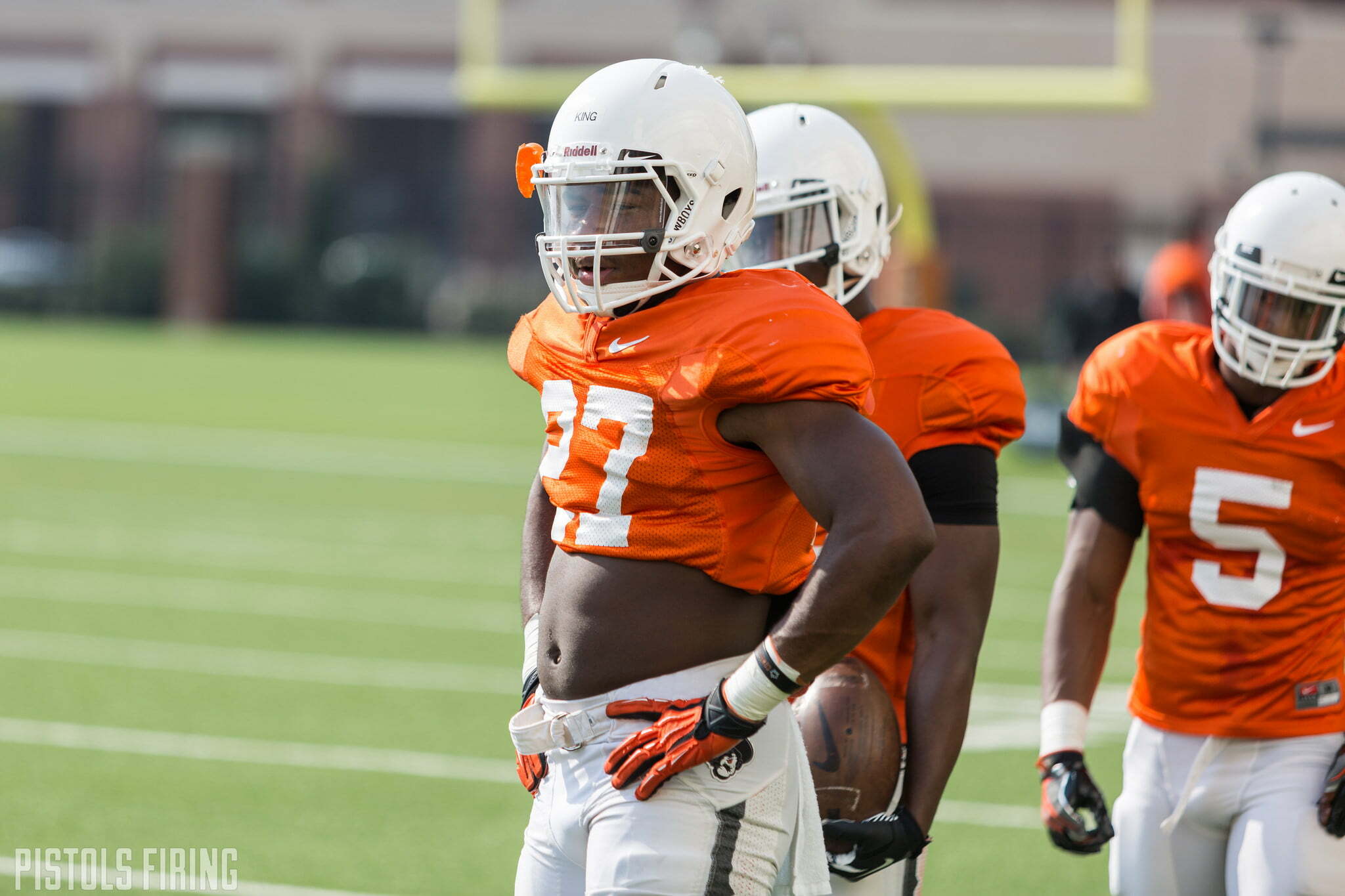 True freshman running back J.D. King has been named the backup running back for Oklahoma State to start the season against Tulsa next Thursday, a source told Pistols Firing.

King won the job to backup Justice Hill to begin the season over fellow freshman Chuba Hubbard and a pair of redshirt freshmen in Ja’Ron Wilson and LD Brown.

King, an under-the-radar recruit from Fitzgerald, Georgia, rushed for just shy of 6,000 yards and scored 69 total touchdowns in his illustrious high school career — all of which he amassed in a three-year span.

The 5-foot-11, 205-pound tailback has garnered buzz in the preseason for his speed and ability to pass block from many, including All-American running back Justice Hill.

“He’s pretty much like me, except he’s a little bit bigger,” Hill said of King recently. “He runs hard, and he knows how to pass block.”

This is not a huge surprise as Gundy has raved about his young running backs in recent weeks. This is a development we thought would come to fruition, and it has.

“That’s going to be a special position for us over the next three or four years,” Gundy said at a recent Cowboy Caravan in Tulsa.

With a true sophomore and true freshman 1-2 punch lined up for the beginning of the year, I’d say that’s already started.