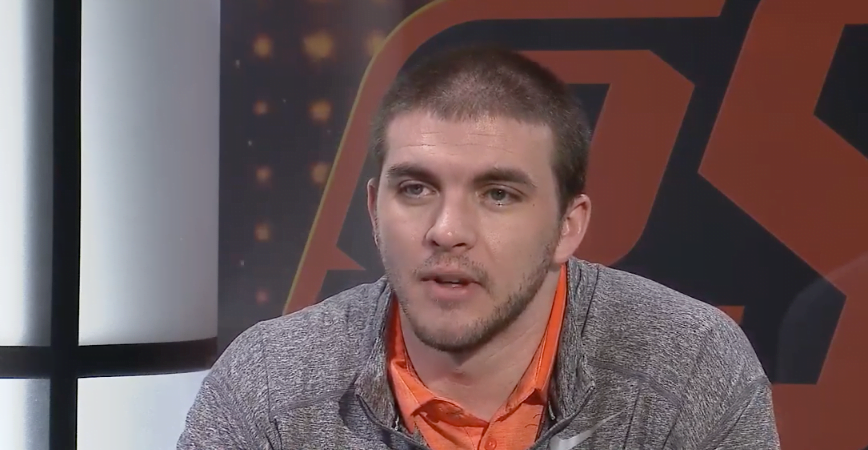 J.W. Walsh has been stacking experience on his coaching resume since his playing career ended at Oklahoma State in 2015, first at TCU under Gary Patterson, then at Abilene Christian, and most recently at Texas under Tom Herman and Mike Yurcich.

But in an interview with OSU Athletics this week, Walsh revealed that his time away from his alma mater was a long game, part of a yearslong ploy to gather experience so he could return to the orange and black.

“It’s been the goal from day one,” said Walsh, who joined the OSU coaching staff earlier this month as an analyst. “From the moment I left here, my goal was ultimately to get back to OSU and eventually coach here. Everything I’ve done to this point was to try to lead me back here. When I had that opportunity, it was a no-brainer. I wanted to take it as soon as I could.”

Walsh was on the Longhorns staff under Herman, but when the program parted ways with Herman, it opened up the door for Walsh to explore new opportunities. So, OSU offensive coordinator Kasey Dunn saw an opportunity to bring back a beloved former player, and jumped at it.

The time away from OSU helped Walsh learn directly and indirectly from some of the game’s most respected minds, too. Now as an analyst and aspiring head coach one day, he brings that with him to his new role, which should help him continue climbing the coaching ladder.

“I’ve been lucky enough to be around Coach Patterson and his coaching staff,” Walsh said. “I worked directly under Coach Meacham and Coach Cumbie. To be able to learn from them and see how they do things, I was very fortunate. Then to get really lucky after being a GA for only a year to be a full-time coach at ACU was a lot of fun. That staff was amazing.”

He added that he enjoyed learning and was “lucky” to coach under Herman and Yurcich at Texas, too. Now he’s excited to channel all his experiences — both as a coach, player and alum — into his new role.

“The love and passion I have for OSU, to add to that, and to continue building what [the staff] has started is something I’m looking forward to,” he said. “There’s not many coaches like [Mike Gundy] in the country. He’s a great coach. He’s a lot of fun to be around. His energy is tough to match. He knows how to treat people and a staff. I’m looking forward to being able to work for him more.”