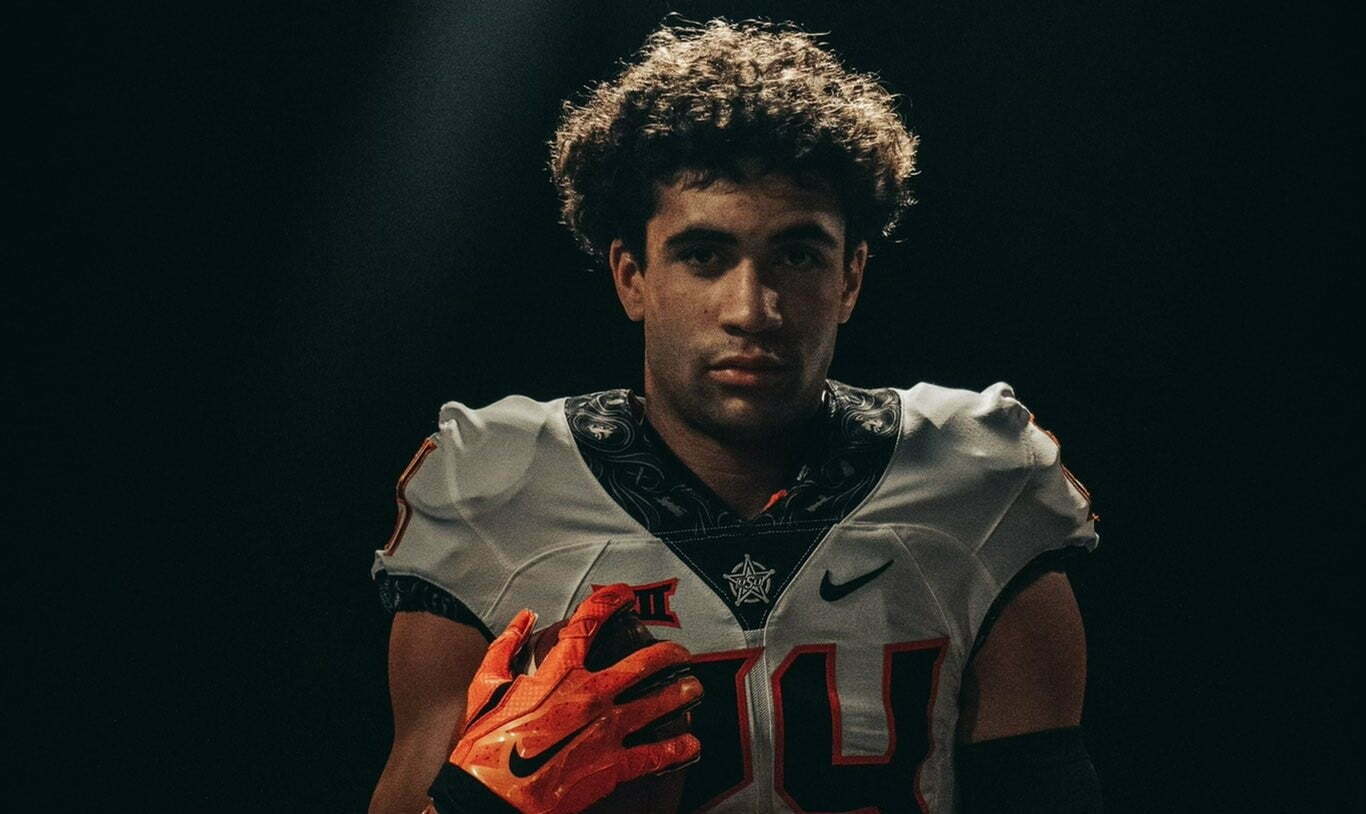 Jacobe Johnson might be the state of Oklahoma’s most interesting prospect because he has Power Five offers in the NCAA’s two most marketed sports: football and basketball.

Johnson, from Mustang, has offers to play both sports at Oklahoma State. He visited Stillwater this week where he did the traditional football unofficial visit and stopped by to speak with basketball coach Mike Boynton.

On the gridiron, Johnson is a 6-foot-3, 183-pound corner and wide receiver for the Broncos. He is a Top 100 prospect in the 2023 class, according to 247Sports. His 96 overall ranking puts him second-best among Oklahomans in his class, behind Bixby’s Luke Hasz.

He has football offers to play at OSU, OU, Michigan, Stanford, Baylor, TCU, Iowa State, Texas Tech and others.

The 2023 basketball rankings aren’t as expansive yet. Johnson plays on the perimeter for the Broncos. He has basketball offers to play at OSU, OU, TCU and Stanford. He is a solid three-level scorer, and when he gets going downhill, his football game translates to his basketball game.

He is only entering his junior year of high school. It’ll be interesting to continue to track if Johnson is eventually forced to pick between the two sports or if he is able to pull an R.W. McQuarters or Adarius Bowman and play both at the college level.