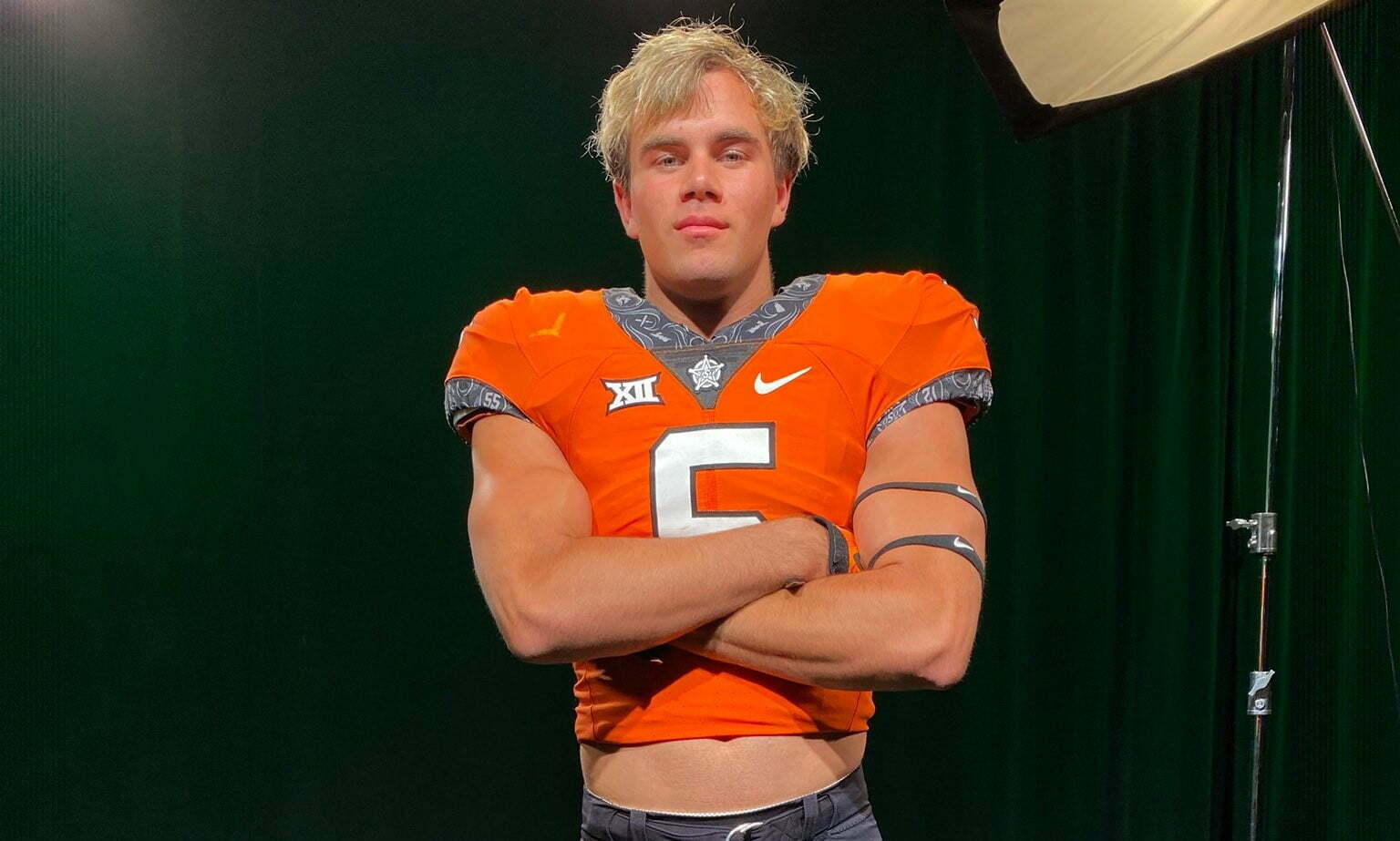 The top tight end in the 2023 class hails from Bixby, and he has spent some time in Stillwater over the past few weeks.

Luke Hasz took an unofficial visit to Oklahoma State on Monday. It comes a few weeks after he was on the Cowboys’ campus for OSU’s passing camp.

OSU was the first to offer the Spartan standout, doing so in December. As a sophomore in 2020, Hasz caught 32 passes for 703 yards and nine touchdowns for a Bixby squad that went 11-0. Hasz projects as a tight end at the college level, but Bixby primarily used him as a match-up nightmare split out at receiver last season.

The Cowboys have done an excellent job at keeping Bixby standouts close to home. Brennan Presley, Brendon Evers, Jordan Reagan and Clayton Barbour are all from the high school and on OSU’s 2021 roster. OSU also has Braylin Presley committed in its 2022 class, and he is already working angles to get Hasz in orange and black.

It’ll be a tough ask for OSU, as Hasz recruitment has gone national since the Cowboys were the first to offer. He also boasts offers to Alabama, Ohio State, Oklahoma, USC, Texas, Texas A&M, Oregon, LSU, Penn State and others.

It’s still relatively early in his recruitment process, but if Hasz were to pick the Pokes, his current 0.9832 composite score would rank second in program history, behind only five-star quarterback Bobby Reid.