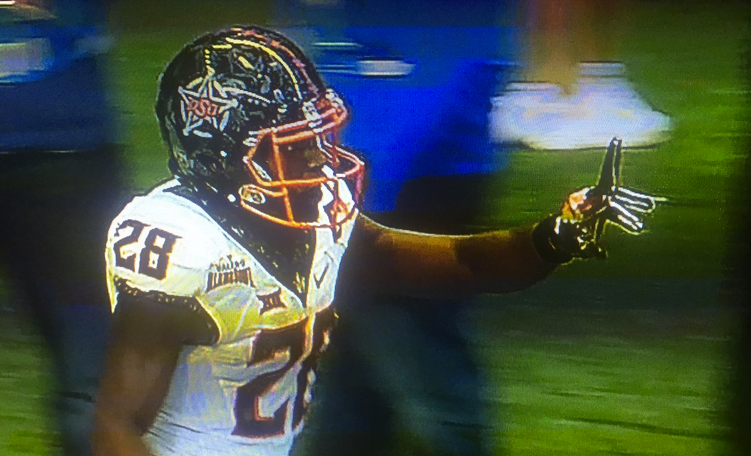 The star of the Valero Alamo Bowl, without question, has been junior wide receiver James Washington. With 9 receptions for 171 yards and a touchdown, he’s been slicing up the Colorado secondary.

But his day may be over after suffering an apparent hand/finger injury.

Here he is after the play holding up his finger on the broadcast:

And here’s the play with video where it happened:

According to the ESPN broadcast, Washington will not return to the game and suffered what they labeled as a “left hand injury”. His parents were also seen down by the locker room area. So the injury ends what was a dominating day for Washington, who now has to start the offseason a quarter ahead of his teammates.

James Washington back on the sideline, splint on his injured finger. #okstate pic.twitter.com/OQ2cen7UV7