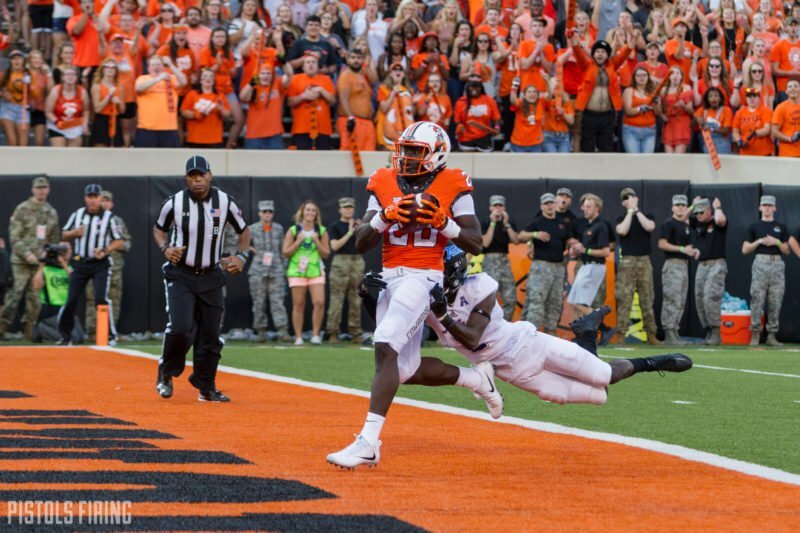 “I come from a great family — I want to thank my cousin, Rich, my family, and Oklahoma State for giving me an opportunity to showcase myself,” said Washington. “I want to thank [receivers coach] Kasey Dunn as well because he’s been with me through a lot. Without him I wouldn’t be winning this award.”

Washington also gave thanks to his ball-deliverer, Mason Rudolph, pointing to his integrity and friendship as the foundation of their special gridiron connection.

Here’s a look at how Washington stacked up in the stat sheet with the other finalists.