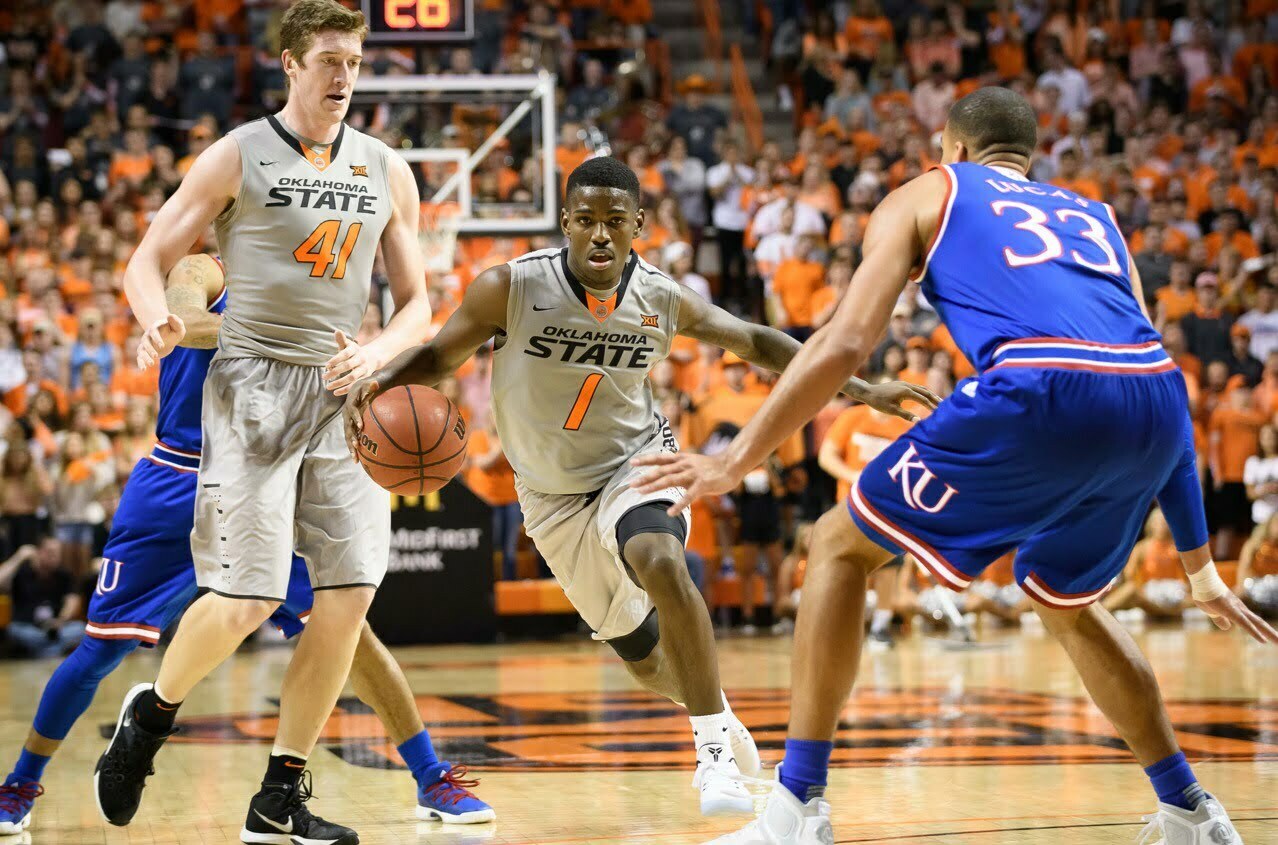 Jawun Evans had 22 points, 15 assists and 4 rebounds last Saturday night against Kansas. This is just the fourth (!) time in Big 12 history this has happened and just the eighth time since CBB Reference started keeping this stuff back in 2010. Here is a look at all the instances in the last eight years.

How about Pierre Jackson dropping two of the three others in Big 12 history? I can’t seem to find who had the fourth, but either way this was a pretty amazing feat by Evans that might have gone overlooked because a.) Frank Mason was insane and b.) OSU lost.

Evans, who made the All-Big 12 First Team, ended the regular season as just one of four power conference guards to average 16 points and 6 assists per game. Additionally, he’s the only player in the country in the last eight years to average at least a 16-3-6 line while playing fewer than 30 minutes per game.

Did you guys realize he’s not even averaging 29 minutes a game? I didn’t. This means his per-40 numbers are out of this world. Look at these!

“(I) try to do everything I can for my teammates to make their life easier,” said Evans on Monday. “I’m having a lot of fun. This year coach has put me in the right position. I have the greatest teammates anybody can ever ask for. It’s been a fun year.”

And it’s still not over.