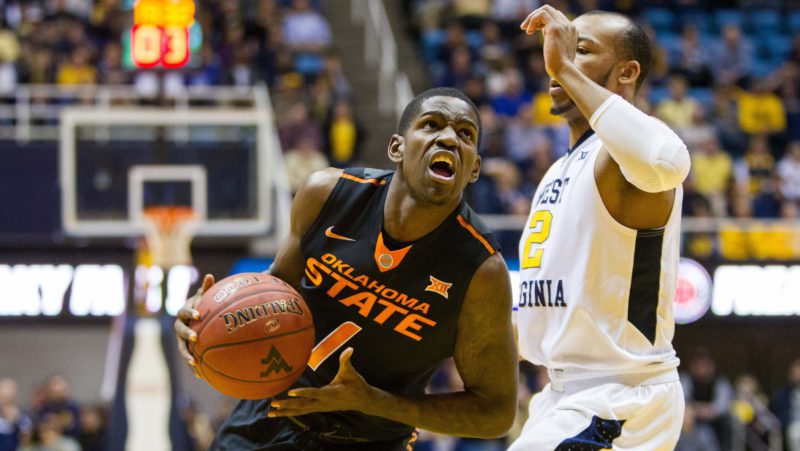 Jawun Evans had his best shooting game of the season from an efficiency standpoint (6-of-7 from the field) against the Mountaineers in Morgantown. In fact, had it not been for the four turnovers — of which West Virginia is the best in the nation at forcing — he may have had the most efficient overall offensive game of his career.

Jawun Evans, a 42.9 percent 3-point shooter on the season, didn’t attempt a shot from beyond the arc. And that’s okay. Evans wasn’t forcing anything, and if he was it was at the rim.

“I thought Jawun Evans was sensational,” said head coach Brad Underwood. “His floor game was off the chart. He made great reads. We had a couple of silly turnovers, but for the most part I thought we executed and got the ball in the right guy’s hands.”

It was a tale of two halves on Saturday. After a first half in which Evans spread out four assists to three different Cowboys, West Virginia ramped up their press and their efforts to trap Evans — resulting in just one second half assist and four for the team. Overall, Underwood was pleased with Evans’ execution in breaking and handling the pressure.

“Yeah, he’s one of the elite guards in the country,” said Underwood. “With him we fight that fine line with playing under control, knowing when and when not to.

“When Jawun has the ball we want to attack and his decision making is right most every time. He got pinned on the sidelines once, but more often than not he is going to make the right decision. His aggression is something we sure want.”

Taking just seven shots from the field — and making six of them — Evans did his second-half damage from the stripe. All seven of his free throw attempts came in the last seven minutes, he and Phil Forte combining to go 12-for-13 in that stretch. It’s a luxury Underwood enjoys with the 17th-ranked free throw shooting team in the nation.

A fine line may be the best way to put it. You want him to be aggressive. Evans is so crafty off of ball screens and his floater game is one of the best in college basketball. To be that effective against one of the best defensive teams in he nation is nothing to scoff at.

If Evans and his Cowboys continue on their current trajectory, a tourney berth and his first taste of March Madness awaits on the horizon.