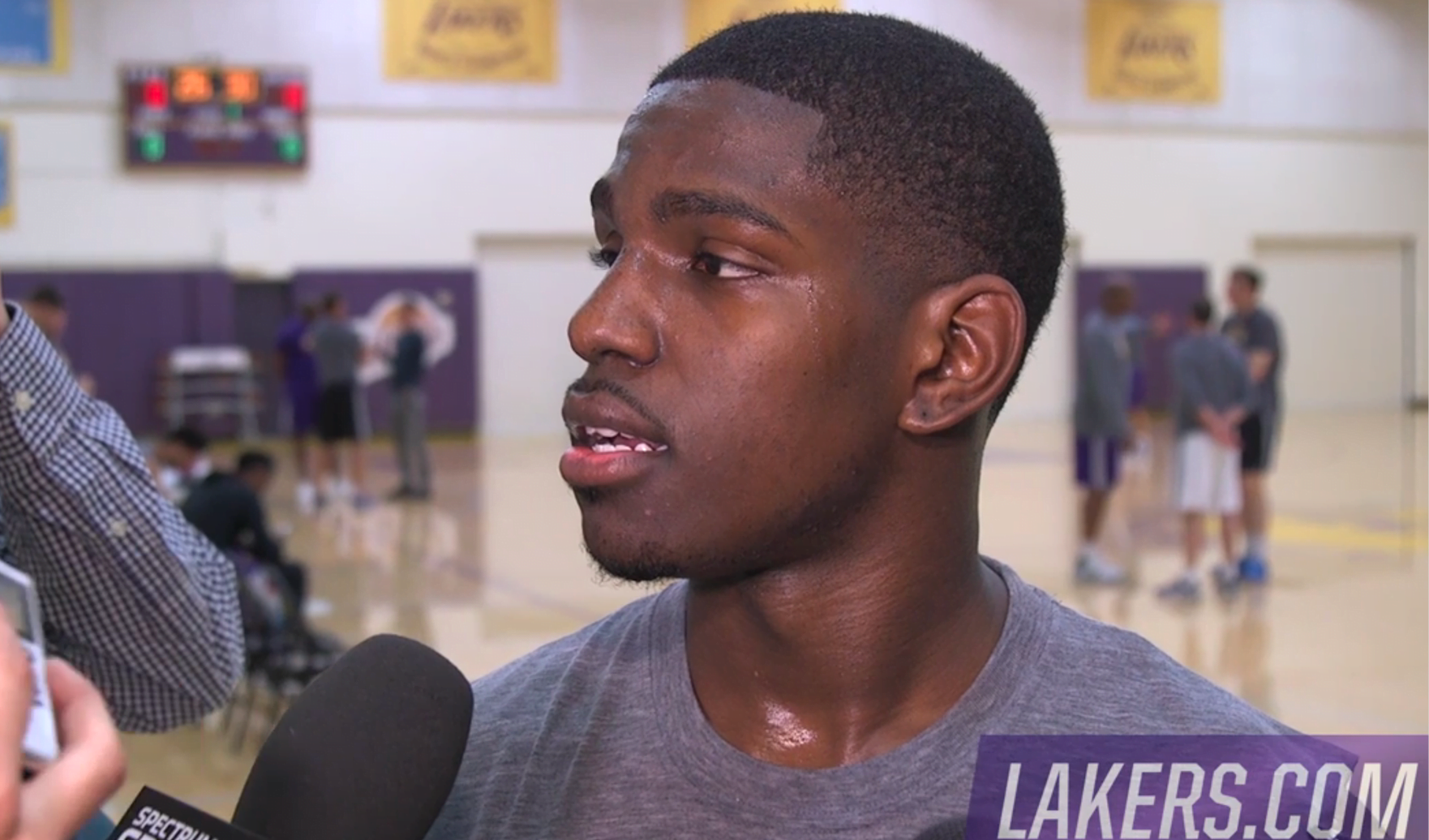 With the NBA Draft just over two weeks away, NBA teams and prospects are in fifth gear racing to the finish line completing workouts, physicals and capping off the vetting process.

Count former OSU point guard Jawun Evans, who worked out for the Lakers on Monday, in that group.

He recapped his workout with the team, how he approached it compared to other workouts, and opened up about his impression of doing it all in front of Magic Johnson (who he met afterwards) in front of the L.A. media (which you can watch here).

Evans said it was “great” being able to workout in front of Magic Johnson. “It’s something I’ve dreamed of, you know, seeing him and watching clips of him as a point guard, and me being a point guard. It’s a great feeling just to be here,” he said.

He said he had no additional nerves, despite working out for one of the more popular franchises in the league, and felt confident showing he can get his teammates involved in the action as a basketball player and point guard after the workout.

“I wouldn’t mind being a Laker,” Evans added afterwards smiling.

The Lakers hold the No. 2 and No. 28 overall picks in the upcoming draft, the latter of which is right around where Evans is being projected.

Although the fit might be nice with the Lakers, the team drafted D’Angelo Russell with the No. 2 pick in 2015, and are likely to take UCLA point guard Lonzo Ball with the second pick in this year’s draft, which would almost certainly mean Evans will be playing his NBA ball elsewhere.

If he doesn’t wind up a Laker, at least he got to shake hands and meet with a fan at the practice facility in the process.