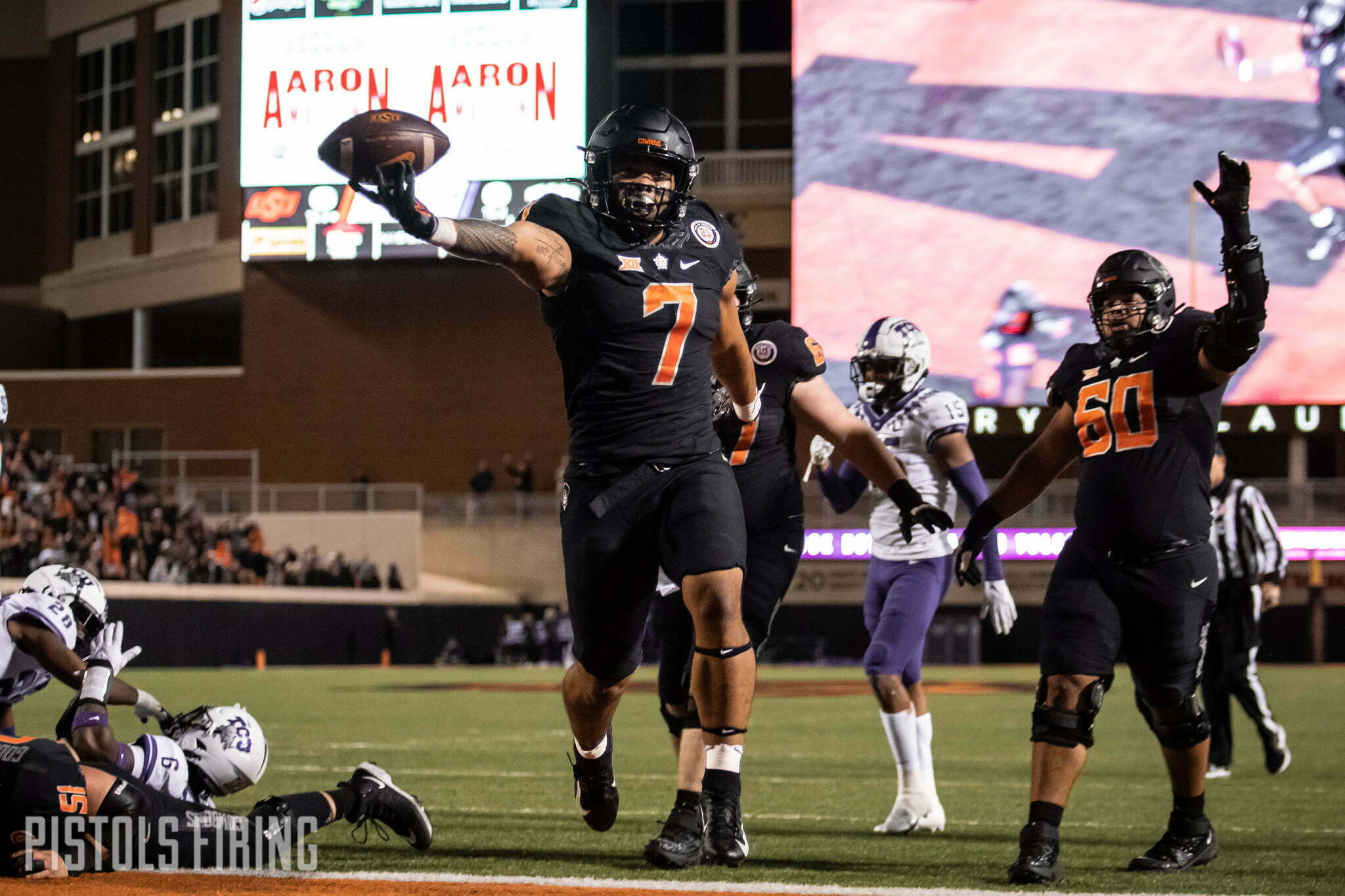 With former first-round selection Najee Harris healthy and able, the Pittsburgh Steelers in recent weeks have nonetheless made a concerted effort to get former OSU star Jaylen Warren — an undrafted free agent — more involved within the team’s gameplan each week.

Warren played 20% and 25% of the team’s snaps in Weeks 3 and 4 against the Browns and Jets, respectively, earning five touches and four touches in those games before his production took off in Week 5. Against the Buffalo Bills on Sunday, he played 51% of the team’s snaps to Najee Harris’ 49%, and earned five rushing attempts and five targets. He turned that into 24 yards rushing and four receptions for 39 yards receiving. Harris had 15 opportunities but turned it into 20 yards rushing on 11 attempts and converted his four targets into three receptions for 16 yards receiving.

“We’ve been playing Jaylen increasingly anyway, and I think that’s going to continue,” Steelers coach Mike Tomlin said of the share of reps being split more evenly and Warren’s role increasing. “I think he’s proven that he’s a capable varsity player, and we need players from all parties involved. That has transpired and will continue to transpire.”

Warren has made a strong impression with the Steelers dating back to the preseason after signing with the team as an undrafted free agent. He beat out a pair of former draft picks in Anthony McFarland and Benny Snell for the team’s No. 2 role, and has edged close to Harris as the potential co-No. 1 in Pittsburgh.