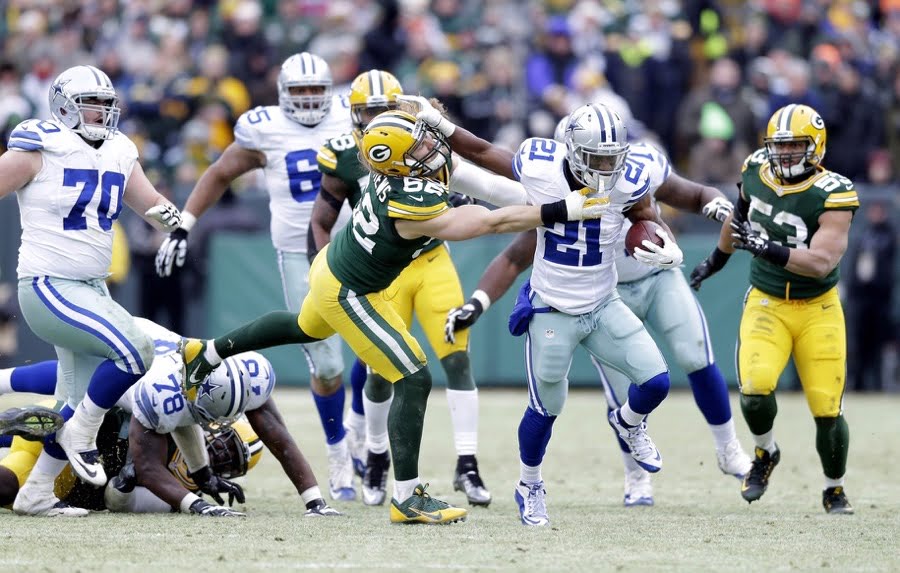 Joe Randle in his last game as a Cowboy? (USATSI)

Joseph Randle was arrested last week for the second time in just a few months on drug charges — charges that have since been dropped.

The fallout, however, has proved even more disturbing. An ex-girlfriend, and the mother of Randle’s kid, filed a protective from abuse order last week.

Here’s what she told KWCH in Wichita:

She says when they were at the hotel, she started to feel uncomfortable when Randle got aggressive and yelled at everyone to leave. Jacobs says she grabbed her child and went to the parking lot with another woman.

“She put her son in the car and says she saw Randle pull out a gun. Jacobs says Randle waved the gun at them and threatened to shoot out the tires. She says she begged him to stop because her son was in the line of fire. ‘I just couldn’t imagine seeing my son get shot by his own father,’ said Jacobs.”

“Jacobs says Randle finally walked away while she got into the car. ‘Joseph puts his gun up. He walks back to the car, he looks in it, and then he just punches it with his fist,’ said Jacobs. ‘Glass splatters everywhere. There’s glass in my son’s hair. It hit him and that’s when he starts crying.'”

“Both women called police. Jacobs says a friend who was with Randle drove off with the gun. That’s why she says police never found a weapon. Police told Eyewitness News Wednesday they received a report of a gun involved, but did not locate one.”