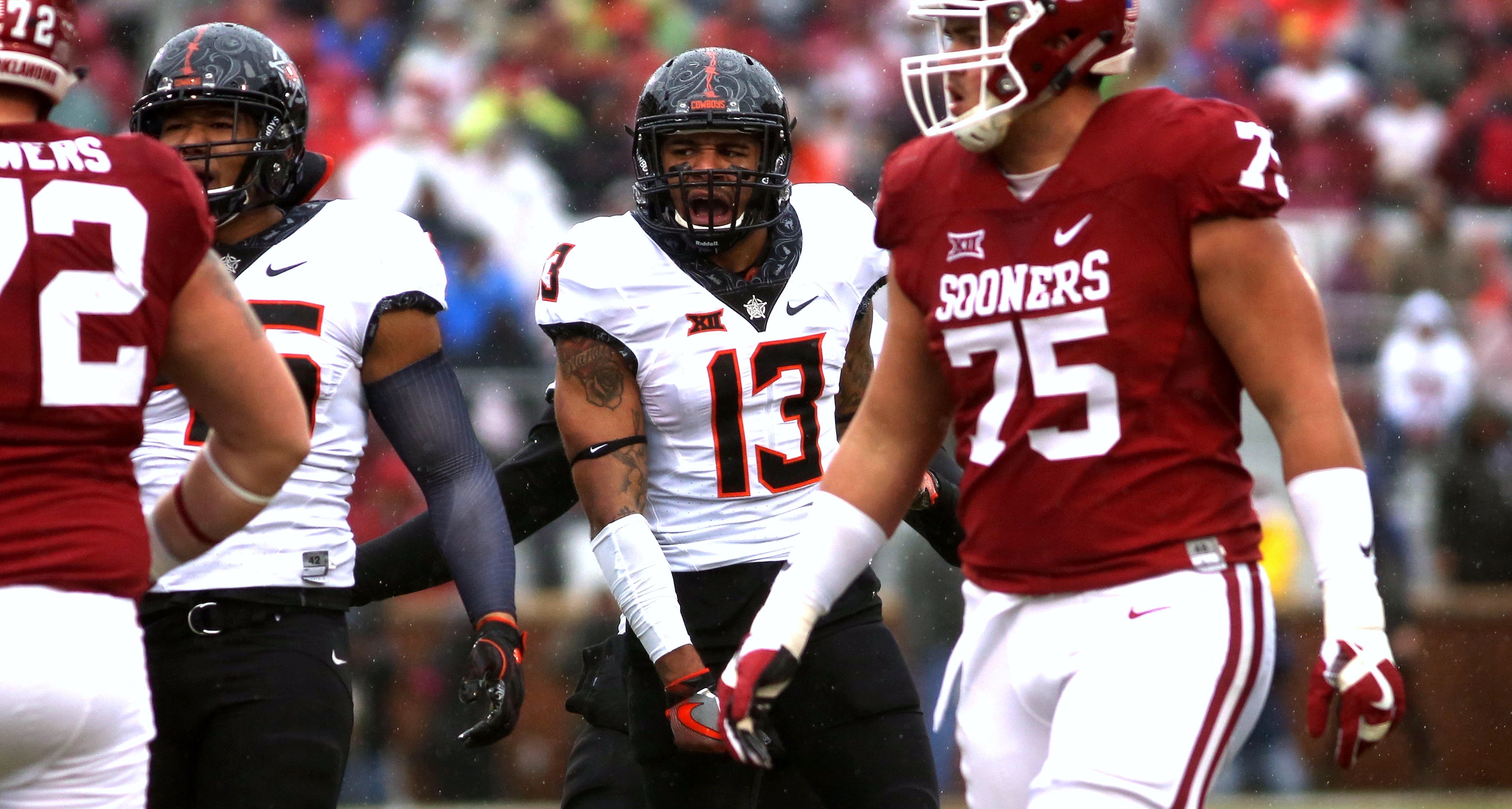 Senior safety Jordan Sterns gets tackles. He’s done so since he moved to Stillwater four years ago. Since playing 12 games as a true freshman, Sterns has led the Cowboys in tackles the last three straight years.

As a sophomore he led the team with 103 tackles. Then, last year, as a junior he led with 108. Entering Bedlam, Sterns ranked as Pro Football Focus‘ sixth-ranked safety in the nation.

Sterns started Saturday with 77 total tackles making it unlikely that he would make triple digits for the third straight year.

But Sterns’ 19 tackles today (including this extremely violent yet completely legal destruction of Dede Westbrook) ties for the most ever by a Cowboy. He now shares the record with Raymond Cato, who had 19 back in 1996.

Sterns talked about the play that sidelined Westbrook for the rest of the game.

“I told myself the last two weeks that I was going to play as hard as I can,” said Sterns. “This was my last game. Of course I celebrated but once I realized he was still on the ground, I took a knee and paid my condolences because that’s something you just don’t want to see. He’s a great player and does a lot of great things for the people of Oklahoma.”

Now at 96 tackles, Sterns is on the path for three straight 100-plus tackle seasons looking forward to the bowl game. With an Oklahoma State secondary that loses starters for the second straight year, Sterns departure will be even more significant.

To go along with his 96 total tackles, Sterns has five tackles for loss, three interceptions and five pass breakups on the season.