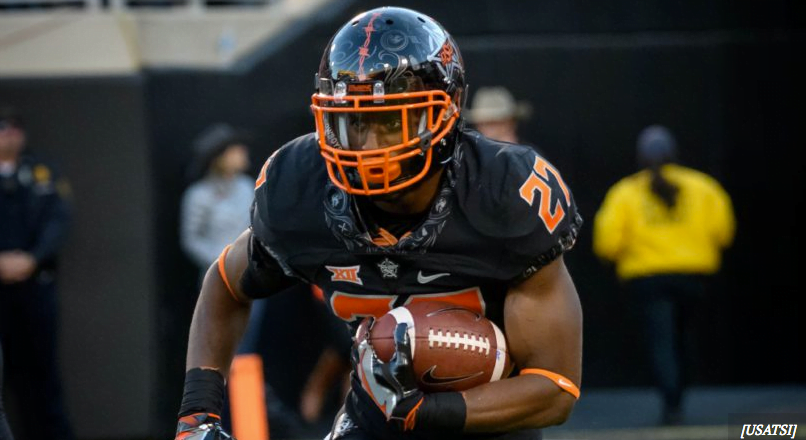 The awards for freshman tailback Justice Hill keep rolling in. The first-year back out of Tulsa, Okla., was named a freshman all-american from USATODAY last month.

On Monday, the FWAA released its freshman all-america team, and Hill was named to the team along with Ohio State redshirt freshman Mike Weber and Kentucky freshman Benny Snell.

Hill broke the OSU freshman rushing record in 2016, passing the legend Thurman Thomas in the process.

He rushed for 1,142 yards – the most among freshman tailbacks at the FBS level – assuming Alabama quarterback Jalen Hurts doesn’t go full Bo Scarbrough and rush for 251 yards on Monday night. Quite an accomplishment to end one of the most illustrious true freshman seasons ever at Oklahoma State.