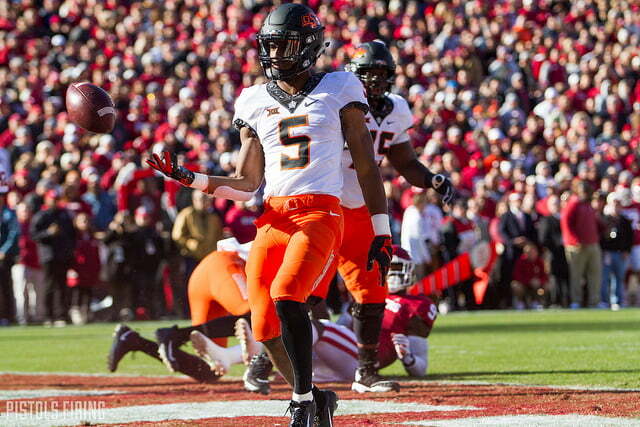 Justice Hill was the Ravens’ first draft pick selected on Saturday, but not the only player out of the state of Oklahoma selected by Baltimore — and maybe not the fastest.

Powers isn’t winning any foot races, but the possibility of the other two lining up has Ravens fans excited for the pair of playmakers their team added during this year’s draft.

During a media teleconference with members of Baltimore media, Justice was asked if he planned on racing Brown once the two convened for summer practice.

Justice has elite-level speed. During the NFL Draft Combine, Justice was clocked at a 4.4-second 40-yard dash, the highest among running backs that participated. But while Brown’s foot injury kept him from competing in Indianapolis, he has previously been clocked at 4.32 seconds.

However, during his younger brother Daxton’s recruitment, the older Hill beat the younger in a foot race. That second-place finisher had previously been clocked at an official 4.3, by the way.

Regardless of who would cross the finish line first, the Ravens are getting a pair of dynamic playmakers who go from fierce in-state rivals to exciting teammates.