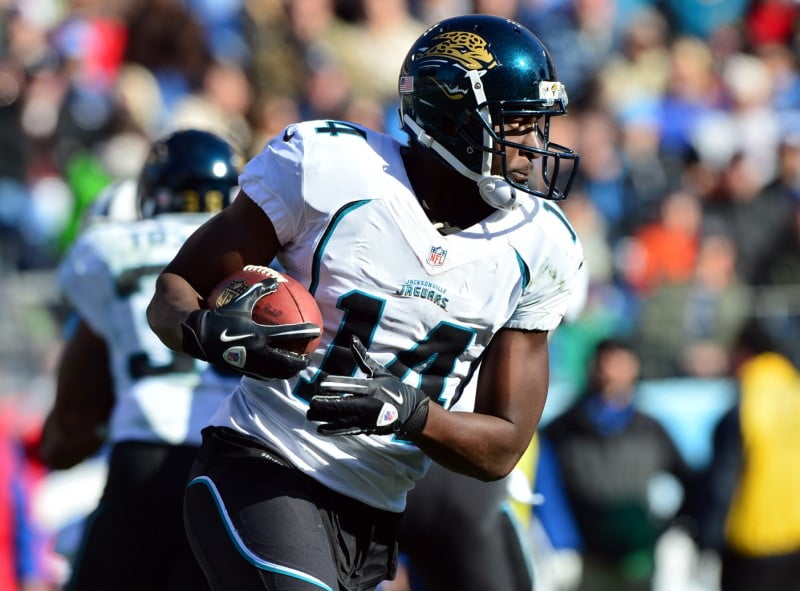 According to Adam Schefter, Justin Blackmon has been suspended by the NFL:

I double (triple) checked to make sure I wasn’t being fooled by the “a darn Schefter” fake Twitter account but Trey Wingo confirmed on NFL Live today.

The story was later updated to say that he has been suspended for violating the league’s substance abuse policy. This doesn’t stem from his DUI last summer either.

Because of his two previous DUIs the Jaguars wrote into his contract that they would not be on the hook for $10 million in signing bonuses if he was to get suspended. This means they could cut him pretty easily and not owe much money for it[1. I previously (and incorrectly) wrote that he would automatically lose this money. That’s not true, he will only lose $10 million if the Jags cut him, which they might.].

So, not a good day in the Blackmon home.

Here’s what he had to say (not copy/pasted from last year):

Blackmon: "I’ve made a mistake and I have no excuse. I am truly sorry and disappointed in myself for putting the Jaguars in this situation"

Blackmon: "I have chosen to be accountable for my poor decision, and I sincerely apologize …" #jaguars