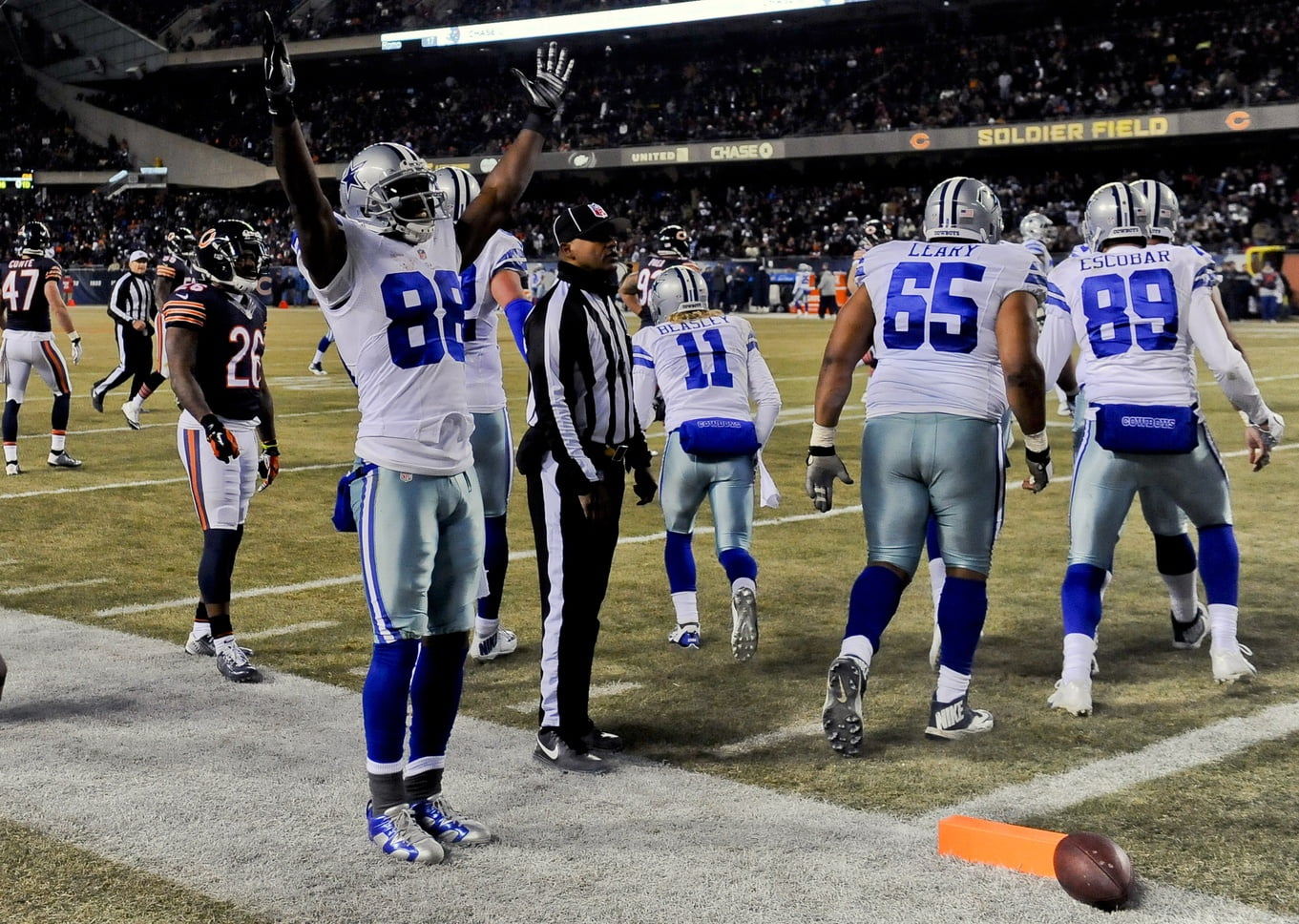 Dez is back to doing Dez things for Dallas. (USATSI)

Here’s a look at how Oklahoma State football players in the NFL fared in Week 14.

After taking week 13 off, the Pokes on the Pokes returned to true form Thursday evening in a matchup with Chicago.

Dez Bryant is in a perpetual state of beast mode. It’s rare that he steps on a football field and doesn’t leave the audience in awe. Thursday was the same story for the former Oklahoma State receiver.

Bryant finished Thursday evening with six receptions for 82 yards, but what will most be remembered is the vicious stiff-arm he delivered to Chicago’s Kyle Fuller.

Bryant shoved Fuller to the ground so hard, they had to check the field for craters after. Don’t want anybody twisting an ankle.

But Bryant wasn’t the only Cowboy that had an impact on the game.

Joseph Randle received only one carry on the day, but that didn’t faze him. Randle took the ball 17 yards straight to the end zone, shedding tacklers to the chagrin of DeMarco Murray fantasy owners everywhere.

Also, after going through a bit of a skid, Dan Bailey hasn’t missed a field goal in three games (knock on wood). The former Cowboy kicker nailed field goals from 35 and 27 yards out on Thursday as his current Cowboys improved to 9-4.

Justin Gilbert was due for a good week, and he got one.

The rookie CB for the Browns not only got his first interception of the season Sunday, but returned it for a touchdown, too.

It must have been déjà vu for Gilbert, because the interception came again Andrew Luck. Luck, a former Stanford QB, also threw the ball to Gilbert in OSU’s 2012 Fiesta Bowl victory. It’s nice to see that the two have maintained a connection.

A couple of former Cowboys were on display in the San Francisco-Oakland game on Sunday. Perrish Cox (49ers) and Antonio Smith (Raiders) both played on the defensive side of the ball for their teams.

Ultimately, it was Smith’s team that came out on top, and his contributions certainly helped. Smith came up with two sacks in what was probably the Ninja Assassin’s best game of the season.

SACK! @antoniosmith94 takes down Kaepernick for a loss of 4. #BattleOfTheBay

Cox, on the other hand, was decent, coming up with three tackles and a pass defended that nearly ended up being an interception.

Finally, there was Orie Lemon.

Bucs' Orie Lemon gets start at strongside linebacker, with Lavonte David active and starting at weakside, Lansanah starting in middle.

The Buccaneers linebacker continued to make the most of the chance he was given. He started on Sunday and was Tampa Bay’s second leading tackler, with five take downs on the afternoon. He’s definitely proving to Tampa Bay that they made a good decision in their addition of him to the roster.

Here’s what the rest of the former Cowboys did in week 14: