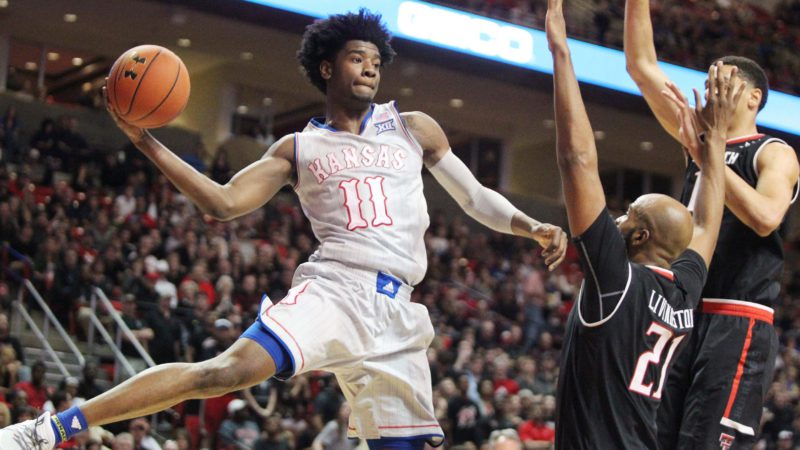 On Thursday, when the Jayhawks kick off the Big 12 Tournament against the winner between TCU and Oklahoma, they will be without freshman wing Josh Jackson.

According to a report from The Kansas City Star, Jackson backed into an unattended car without leaving his contact information in early February. He was ticketed for “duty upon striking an unattended vehicle, inattentive driving and improper backing.”

Here’s the release from Kansas head coach Bill Self.

Although Josh has acknowledged his responsibility and has handled it himself, he didn’t tell me about it until Monday. He should have left his contact information at the time and notified us immediately.

Per Matt Tait of the Lawrence Journal-World, Self will start Lagerald Vick in Jackson’s place.

Via text, Self just told me that sophomore guard Lagerald Vick will start in Jackson's place tomorrow for #KUbball

Jackson is still awaiting arraignment in the incident where he allegedly kicked a female student’s car. That punishment was handled internally and Jackson did not have to miss any time.

Jackson, the Big 12 Freshman of the Year and the AP Big 12 Newcomer of the Year is averaging 16.4 points and 7.2 rebounds per game for the regular season Big 12 champion Jayhawks.

Whether the Jayhawks face 8-seed TCU or 9-seed Oklahoma, they should still be the odd-on favorite — even without Jackson.