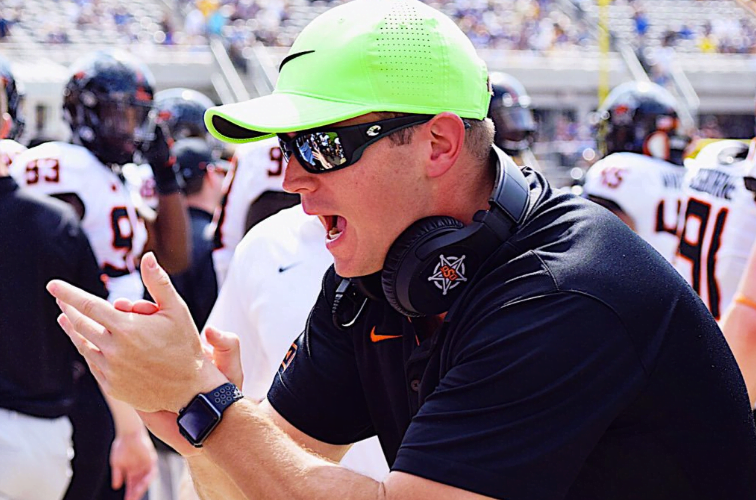 What would you do if you were the head coach of the No. 120 scoring offense in the country but had the unfortunate task of trying to keep up with some of the best offenses in the country on a week-to-week basis? Well David Beaty finds himself in that very predicament. And he’s decided to turn to the No. 4 scoring offense to fill his staff.

Carson Cramer, who has most recently coached OSU’s scout team and spent time on the offensive side of the ball, will be headed to Lawrence to assist Ricker with his offensive line, the longtime OSU graduate assistant announced via his Twitter account.

I am more than excited to be working for @beaty_david here at @KU_Football! Fired up to be working with the big dogs along with @CoachRickerOL! #RockChalk ??‼️

Cramer spent six seasons on OSU’s staff as a graduate assistant and also expressed his gratitude to Mike Gundy and his alma mater.

Thankful for my time spent at @CowboyFB over the last 6 seasons. I am beyond grateful for the relationships built, men I coached, and experiences that I had. Thank you @CoachGundy and the rest of the staff for everything you’ve done for me!