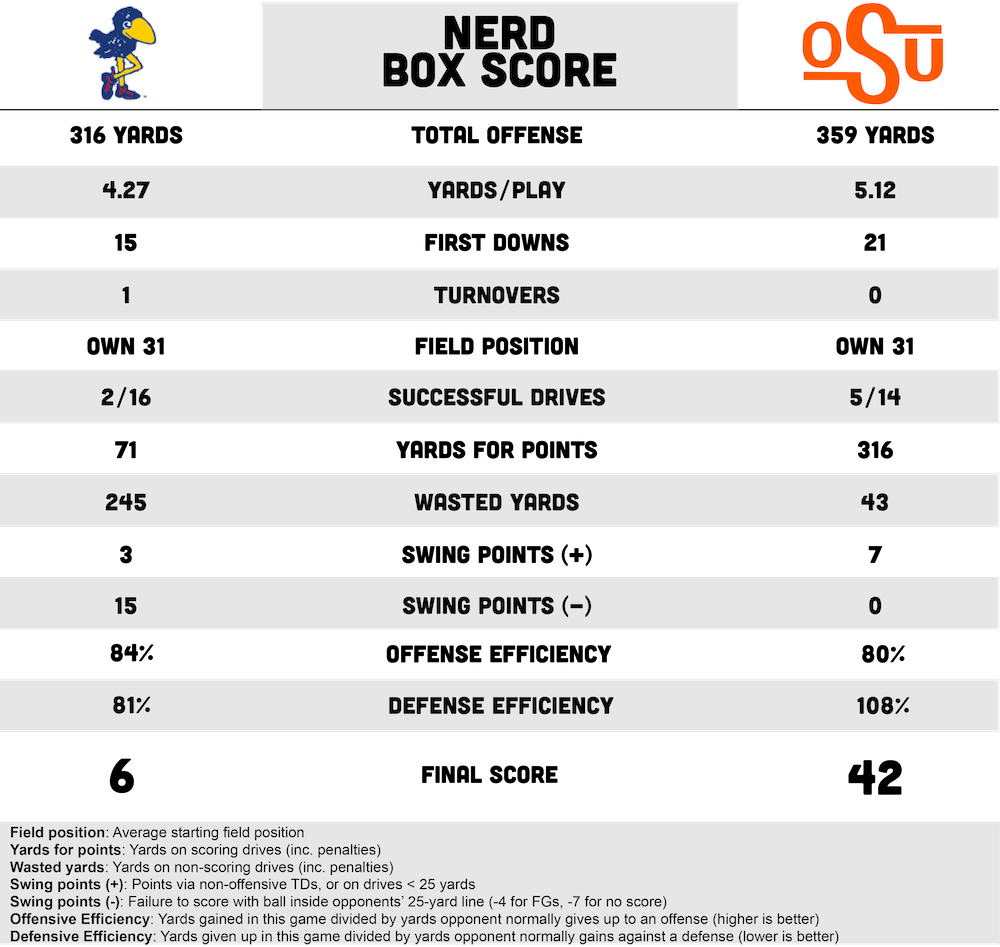 This nerd box score is about as boring as the game itself was.

OSU’s field position continues to be just incredible. I think it is probably top five in the country in average starting field position. That’ll be big in the last three games.

Swing points will also be monstrous. One good thing of late is that OSU hasn’t been ceding negative swing points since the TCU game. If the Pokes get inside the 25, they’ve been scoring. They just haven’t been getting inside the 25 as often as they’d like.

It has to be demoralizing as a Kansas player (or fan) that only 71 of your yards weren’t wasted (resulted in points). That is so, so bad.

“Of slight concern but not really because it’s Kansas” for OSU: 80 percent offensive efficiency — a higher number here is better. Ideally, if you’re above average, you want to gain more yards on offense than your opponent has been giving up all year. I realize some of these were taken away by the Gilbert kick return, but still, something to keep an eye on.