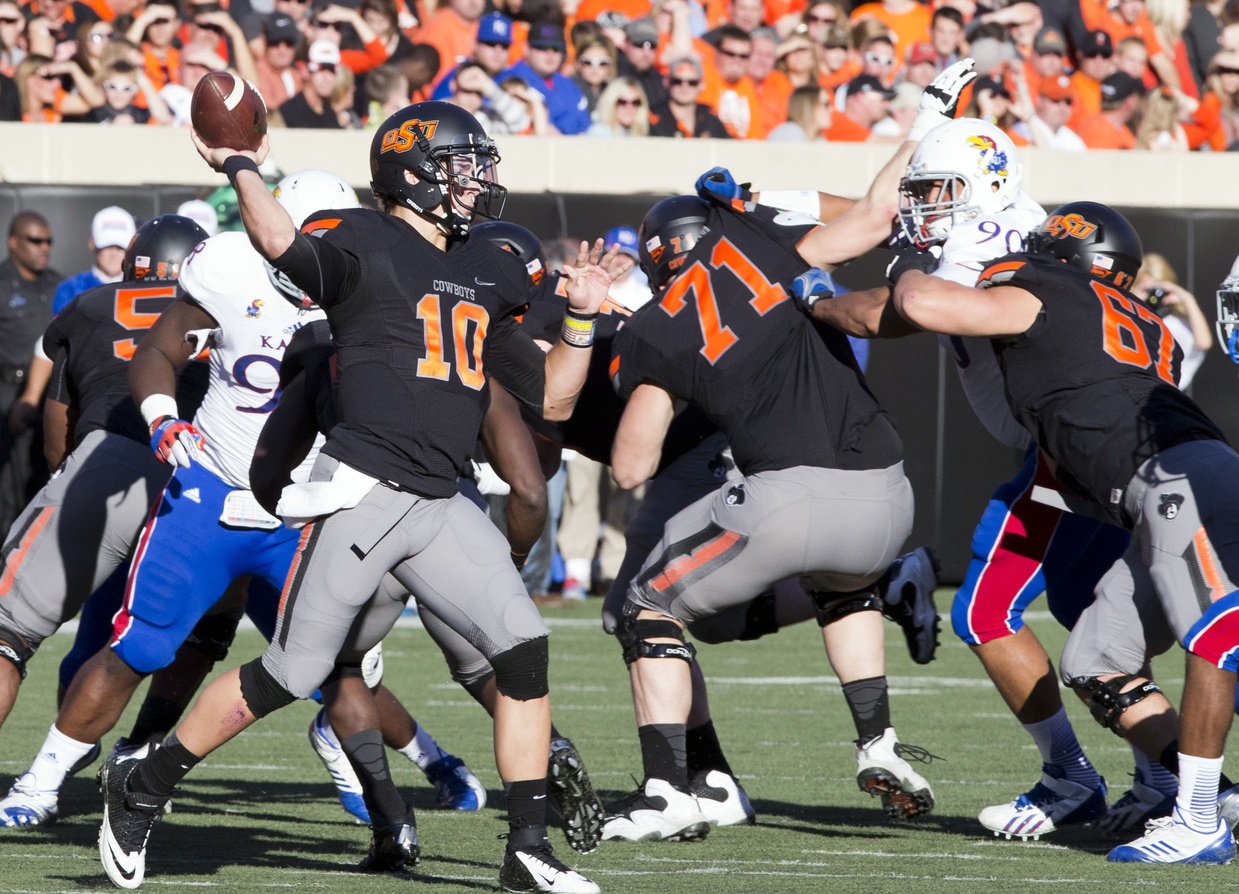 Uni Heisman: I don’t feel like Clint Chelf gets enough credit for his work with the uni. He has big shoes to fill (Weeden and Zac) but he does a good job. I’ll give him his AJ McCarron lifetime achievement award this weekend since nobody else stood out that much.

Uni Heisman II: I feel the need to hand out an award to Shaun Lewis for his Warrick Dunn “jersey halfway up his upper body” thing. Great look.

“Wait, this is still a thing?!” moment: I guess I didn’t know OSU still used those goofy boards on the sidelines that don’t mean anything even though they have weird symbols like Superman logos and Dana’s hair.

Everybody knows they don’t mean anything, right?

Quote I don’t buy: Mike Yurcich: “I’d say to our basic fundamentals of the offense, we were pretty vanilla. There wasn’t anything too exotic.” No, we just don’t execute that well on offense.

Best play: The back shoulder fade from Chelf to Moore in the second half. That’s not the easiest throw to make and Moore made a fantastic catch. I feel like those two are trolling all of us with their goal line fades. “You should have played me in Morgantown, coach!”

Tweet that made me laugh: @carsonc5 when David Glidden went over the middle and got tripped up at the 10 but bounced eight yards nearly into the endzone: “I think David Glidden just hit a land mine.”

Play that reminded me of that ’05 SC team: The Desmond Roland wheel route made me weak. I’m a sucker for wheel routes. That used to be the default play for Leinart and Reggie at SC so any time a team runs it these days, it reminds me of them.

Number I’m not sure I want to know: How many broken tackles Tracy Moore has for his career.

Other number I’m not sure I want to know: How many tipped balls Clint Chelf has this year.