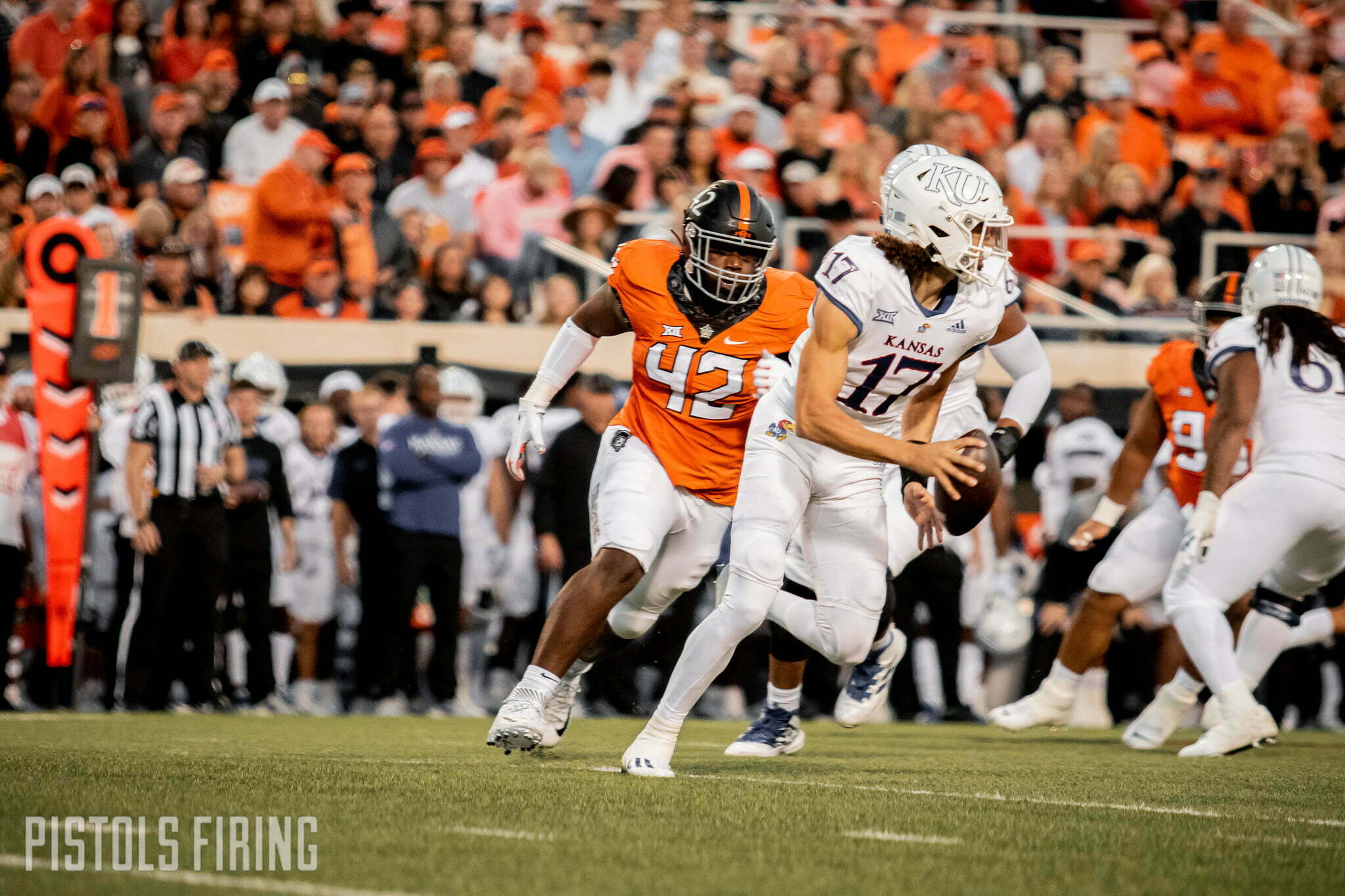 We’ve waited all week for clarity about Kansas’ starting quarterback situation — will it start Jason Bean, will Jalon Daniels return after an extended injury absence — and on Saturday morning we got at least . . . some clarity.

ESPN’s Pete Thamel reported ahead of the 2:30 p.m. kickoff this afternoon that Bean is expected to start for KU. Howevah, Daniels is going to go through warm-ups, and KU will determine his availability after that. (I.e. he could play 99% or 0% of snaps today but either way he isn’t going to start.)

Daniels in six games with KU to start the season was borderline Heisman conversation good. He completed 66.7% of his passes, had 11 touchdown passes to one interception and was lethal on the ground, adding 341 yards and five scores there.

Bean has been a respectable replacement for KU, but he has not been the electric talent that Daniels was. In his time this season, Bean is completing 62.5% of his passes and has nine touchdowns to three picks. On the ground in seven appearances he has added 119 yards rushing.