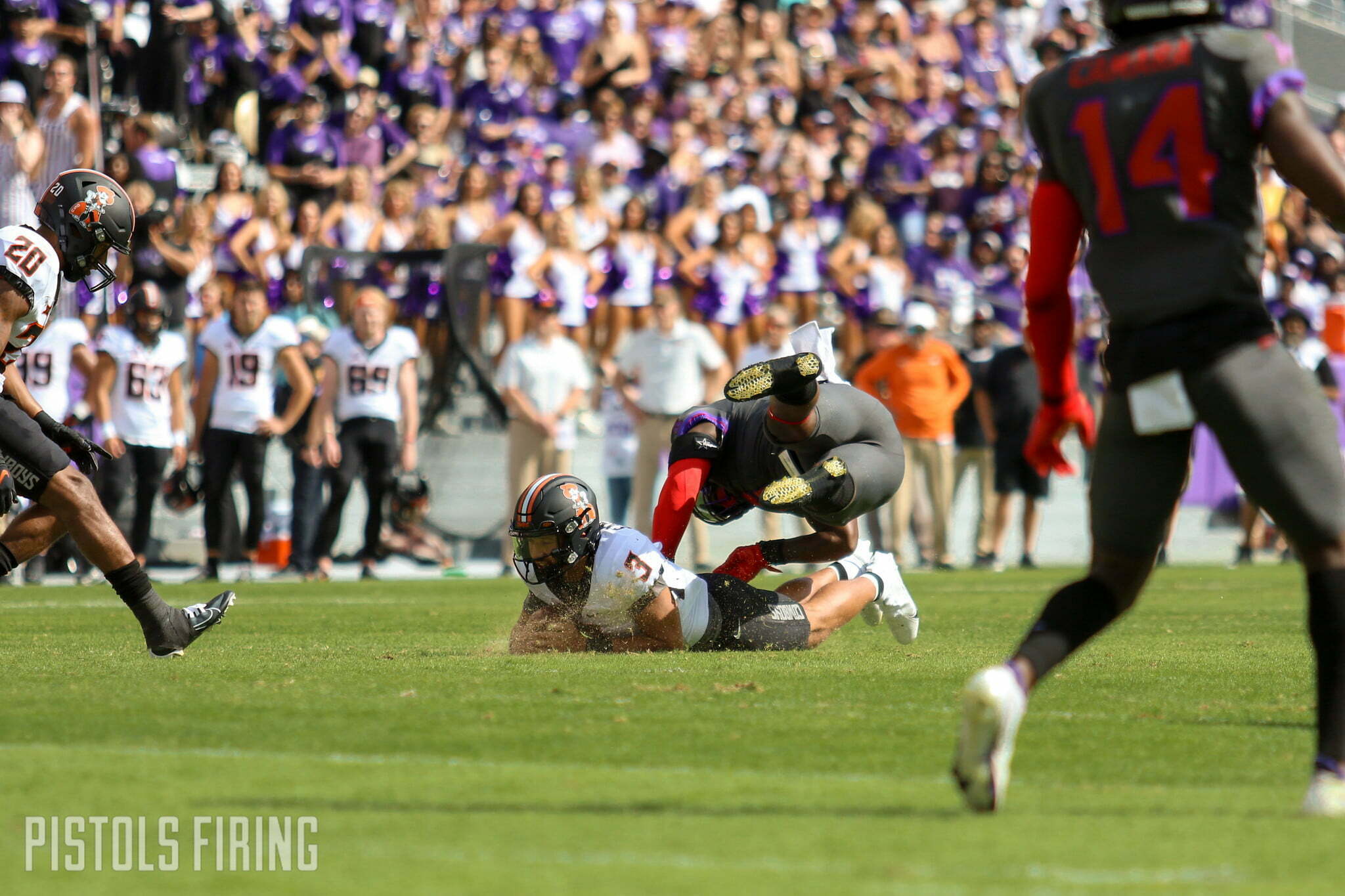 To start this week, Oklahoma State was a 3.5-point favorite over Kansas. Yet as Saturday draws near, there is but one video that describes how line movement has steadily swayed in favor of Kansas. In the video below, the fan represents OSU’s standing as the favorite, and the Freeze represents KU’s standing from plucky underdog to late-arriving frontrunner.

On Thursday, the line ticked all the way to a pick ’em after OSU all week was considered a very narrow favorite. Now, though, with just over a day until kickoff, OSU is officially an underdog. Here’s a look at the line movement throughout the week via Vegas Insider. Line movements all via Caesars Sportsbook action. You’ll note that there’s been a lot of action that has resulted in multiple line movements multiple times per day all week. KU officially became the favorite Thursday night after it was briefly listed as a pick ’em.

The big questions that are tied to all this line movement is the health of both starting quarterbacks, for OSU Spencer Sanders and for KU Jalon Daniels. Sanders left the Kansas State game early with an apparent shoulder injury, and Gundy said this week that they would be limiting him in practice. Daniels hasn’t played in more than a month but was returning to practice this week.