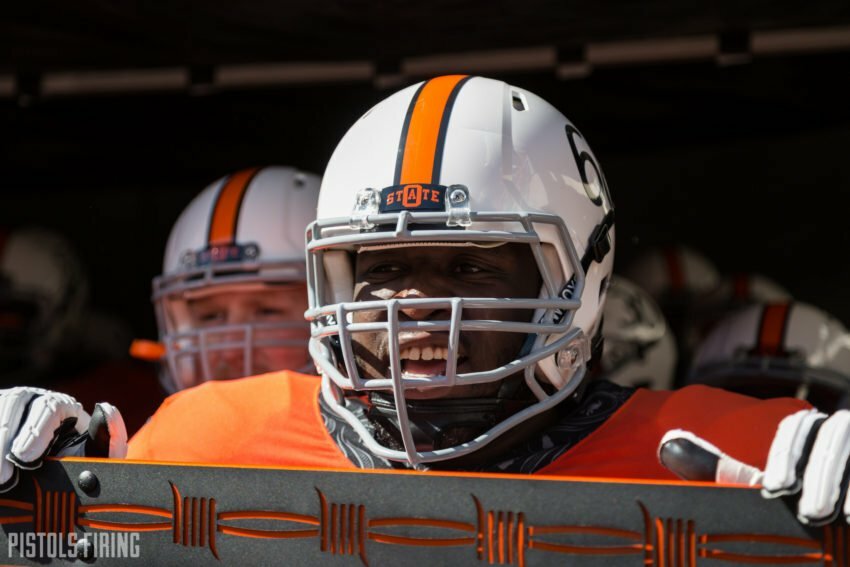 It’s always so much more fun to write these posts after a win.

And what a win it was for Oklahoma State on Homecoming weekend. An historic shellacking of the Baylor Bears by a score of 59-16.

To remind you how this works; every player gets a point for a correct pick. We tally up the points each week and the player with the most points at the end of OSU’s season (bowl game included) wins! Wins what? Bragging rights.

Ok, let’s hand out some points.

More Total Yards: Mason Rudolph
Over/Under: Under
King of the Game: Connor Martin
Got the helmet right, but not the whole uniform (thanks Porter.)

Prop Bet: I bet my wife tells more than five people that I write for PFB before halftime.
I don’t think I’m going out on a limb when I award this point.

Over/Under: Under
King of the Game: Connor Martin

Mims got 20 yards on two catches. OSU Shut. Him. Down.

I have GOT to make this harder. We all closed in on the fan by one point this week, but the PFB staffers are still behind the fan and enemy by a good number of points.

If you’re interested in being our fan picker for this week against Texas, let’s hear your best Longhorn trash talk! We’ll pick the winner on Wednesday.