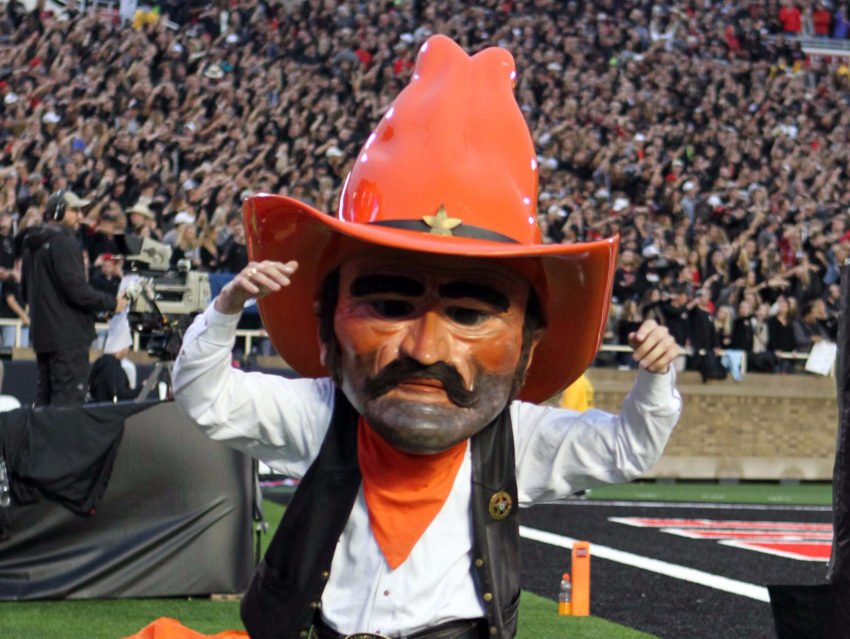 With the number of times per season the Cardiac Cowboys make an appearance, I may have to stop following the team when I reach my late 40s. Luckily, they pulled out another win, knocking off Texas 13-10 in overtime.

Now that that game is over, it’s time to wrap up our King of the Game for the week.

To remind you how this works; every player gets a point for a correct pick. We tally up the points each week and the player with the most points at the end of OSU’s season (bowl game included) wins! Wins what? Bragging rights.

• Bet Against the Spread: OSU -7
OSU failed to cover the spread for the third time this season beating Texas by just three points.

• More Third Down Stops: Oklahoma State
The Cowboys held Texas to 3-of-17 on third down stopping them 14 times. Texas stopped OSU 13 times, allowing the Cowboys to complete 5-of-18 3rd down attempts.

• Over/Under: Over
For the first time since Week 1, Texas allowed a running back to gain 100 yards on the ground. Justice Hill had 117 yards. Granted it took 33 attempts, but it still counts.

• King of the Game: Malik Jefferson – Of the options (Malik Jefferson, Poona Ford, Jordan Brailford, DeQuinton Osborne) Jefferson was all over the place for Texas, especially in the first half. He ended the day with a game-leading 14 total tackles and a QB hurry.

King of the Game: Malik Jefferson


Close. I recall Hill taking direct snaps, but no forth person.

Prop Bet: I’ll bet on no fewer than nine camera shots of Tom Herman standing on the sideline with his arms crossed, chewing a massing glob of Hubba Bubba or whatever it is that he prefers. Anything less (especially in a loss) would be a letdown.
I lost count after awhile. I’ll award it.

The enemy has taken the lead from the fan, while the three PFB writers continue to struggle. I don’t think we’ll ever catch the guest pickers guys… I think it’s time to start cheating.

By the way, if you’re interested in being our fan picker for this week against West Virginia, let us know. We’ll pick the winner on Wednesday.