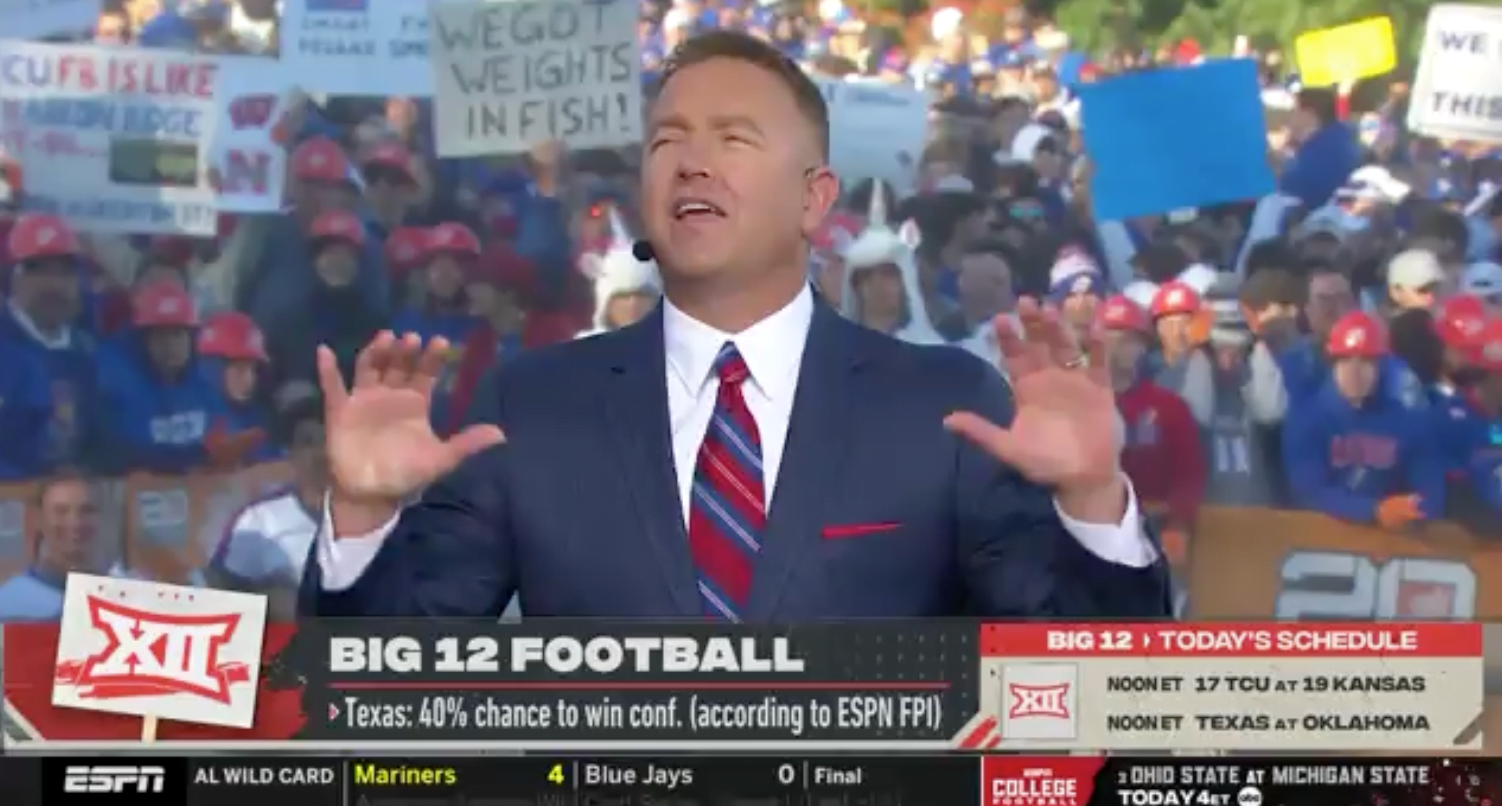 Kansas has rightfully gotten its due for being better than anyone expected, TCU and K-State have drawn rave reviews as emerging sleepers, but when it comes to true contenders, ESPN’s Kirk Herbstreit said Saturday that when it comes to the Big 12, Oklahoma State is the king of the castle until further notice.

“If you’re asking me who the best team is right, the team that EVERYBODY forgets about, it’s in Stillwater, Oklahoma,” he said. “Spencer Sanders and the Oklahoma State Cowboys, as we sit here right now, I would go with Oklahoma State.”

The rest of the panel then dipped around. Pat McAfee might’ve pulled a hammy pandering so hard to KU fans in Lawrence by calling Kansas the best team in the Big 12. (Yes, he actually said that.)

“Spencer Sanders is playing out of his mind right now,” said Desmond Howard. “He’s taken a huge leap from 2021, and that is a great Cowboys offense.”

Oklahoma State is favored by nearly double figures entering Saturday’s showdown vs. Texas Tech. The Red Raiders have been horrific on the road this season, meanwhile OSU has been terrific at home as it rides an all-time program record of consecutive home wins.