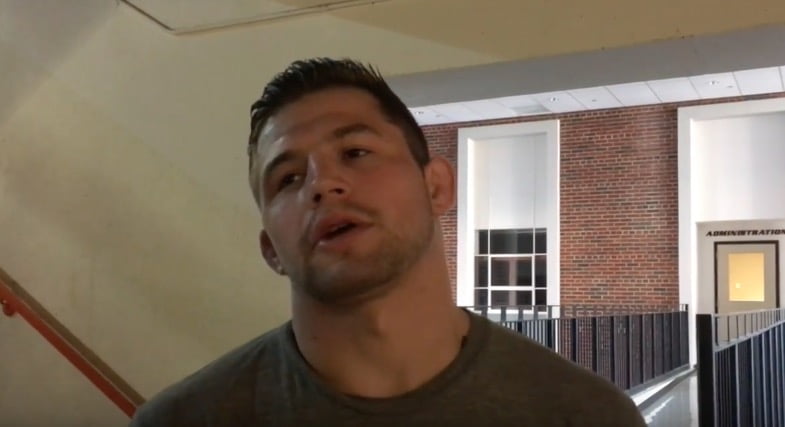 Although Anthony Collica and Kyle Crutchmer, at least on the surface, could not be more different, winning binds them. Crutchmer is a great quote. He is brass and bold. His Oklahoman neck is wider than his head, and his voice carries.

Collica uses few words with a reserved temperament. An Ohio native, he is one of the thinnest wrestlers on the Oklahoma State roster.

But they are winners, and they will be honored at 2 p.m. Sunday when the Cowboys take on Oklahoma in the last dual match of the regular season.

“A lot of people don’t get chances to do stuff like this, so you don’t take it for granted, just have fun with it, respect it,” Crutchmer said. “We have a lot of people who are probably gonna show up because it’s an in-state dual.

“Two pretty good power— well we’re a powerhouse, they’re working on it. But we’re having fun with it. We’re gonna have fun, and we’ll see how it goes Sunday.”

Crutchmer is 57-18. He helped spearhead the Cowboys’ lineup last year with Alex Dieringer and Dean Heil. He earned All-America honors and won an individual Big 12 title two years ago. Last year, despite suffering a leg injury in Bedlam, he posted a 15-4 record. This year, he is the No. 4 wrestler in the 174-pound class.

Collica has arguably been better. He has an 86-29 record. Beat an All-American as a in his first dual match as a freshman before earning the same honor this past season. He’s a three-time NCAA qualifier and three-time Big 12 champion; and he has lost only once this year.

“Right before them, we had some hard times,” coach John Smith said. “It was some tough years where you’re finishing in the bottom half of the competitive teams that challenge for championships, and they kinda pushed us back up there.”

Crutchmer and Collica got on campus in 2012. In the five years before that, OSU had an average finish of seventh in the NCAA Championship. Not bad, but not good by OSU wrestling standards.

Of course it wasn’t all Crutchmer and Collica, not even close. Dieringer and Heil have helped hoist the Cowboys back toward the top. Nolan Boyd is another senior on this year’s roster, and he has a career record of 88-30.

Since 2012, OSU has averaged a fourth-placed finish in the NCAA Championship, including two runner-up years. Another test comes Friday with Wyoming and then a Sunday Bedlam brunch. For Crutchmer, it’s personal.

“When I was growing up, my room was painted as an OU football field, and my whole life, I thought I was gonna go to OU,” Crutchmer said. “Until John Smith walked into my house.”

As Crutchmer’s career draws nearer to a close, it is becoming more important to get over the second-place hurdle and make that one last eternal memory, he said.

“Hopefully we get that No. 35,” Crutchmer said as he pointed to the empty slot on the Cowboys’ list of national team championships. “We obviously want to win, and we have everybody on board right now that wants to win, so hopefully our last memory is hanging another one up right there.”