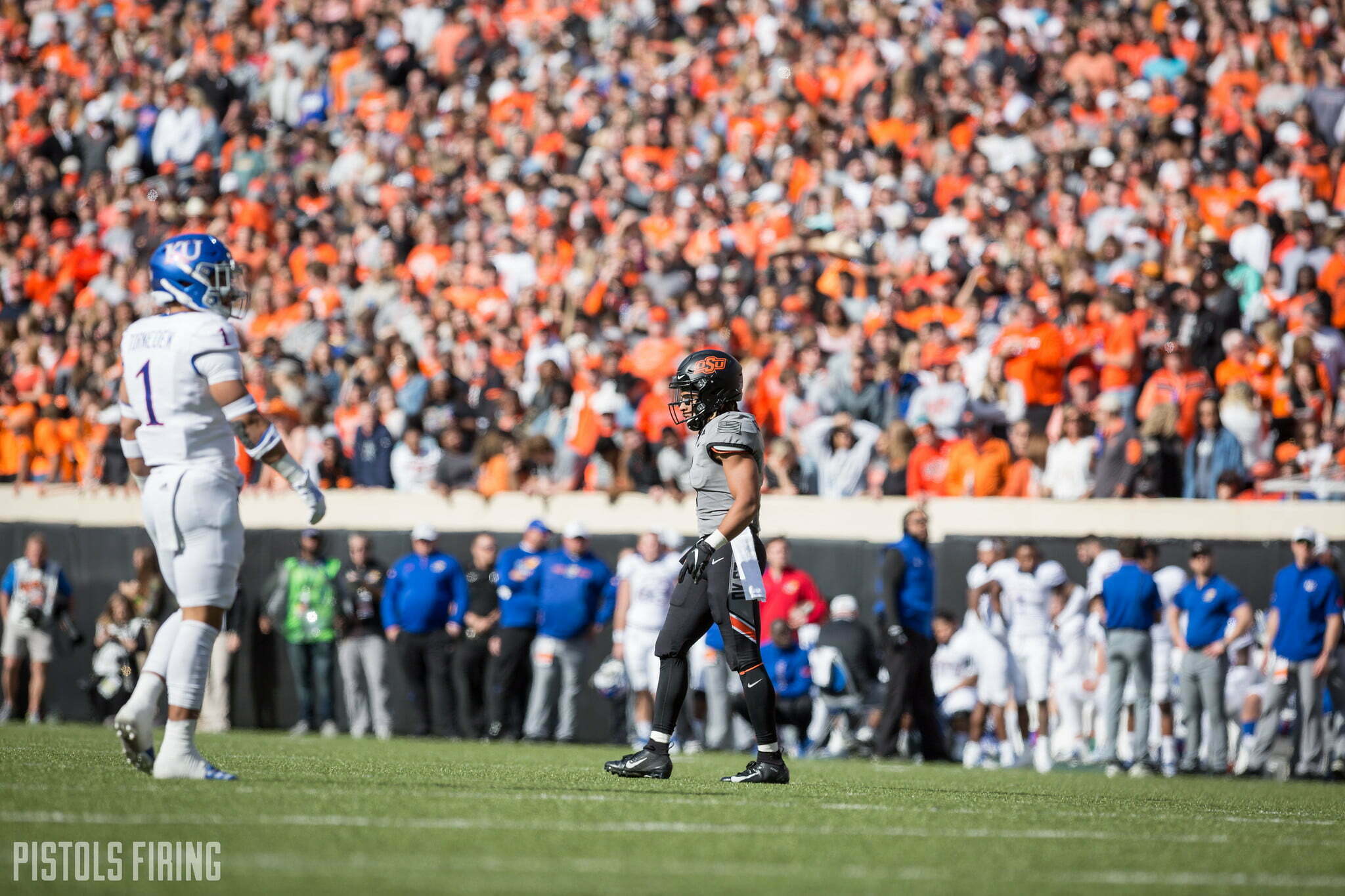 Landon Wolf will take the NCAA up on its offer of an extra year of eligibility, but he won’t do so in Stillwater.

Wolf, a redshirt senior slot receiver, announced his decision to enter the transfer portal Monday morning. He started his OSU career as a walk-on out of East Central High School in Tulsa before earning a scholarship and being voted a team captain.

“In my first fall practice as a walk-on, I wasn’t sure what to expect,” Wolf tweeted Monday. “I had a feeling that attending and playing football at OSU would have a more significant impact than anything I could imagine. Today, I can say that my experiences exceeded all expectations. I have worked hard to maximize the opportunities available to me in the classroom and on the field, and I leave Stillwater with a sense of fulfillment and gratitude.”

Wolf played in 40 games across the past four seasons for the Cowboys, where he had 82 catches for 780 yards and three touchdowns.

His best outing came at Kansas in 2018. It was the game after OSU lost Jalen McCleskey to the transfer portal, and Wolf stepped in for him to the tune of six catches for 116 yards and a score.

Wolf has a degree, so he’ll be immediately eligible as a graduate transfer at his new program.

With Wolf and Dillon Stoner leaving OSU, the slot receiver position is all Brennan Presley’s. The dynamic freshman caught six passes for 118 yards and three touchdowns against Miami in the Cheez-It Bowl.