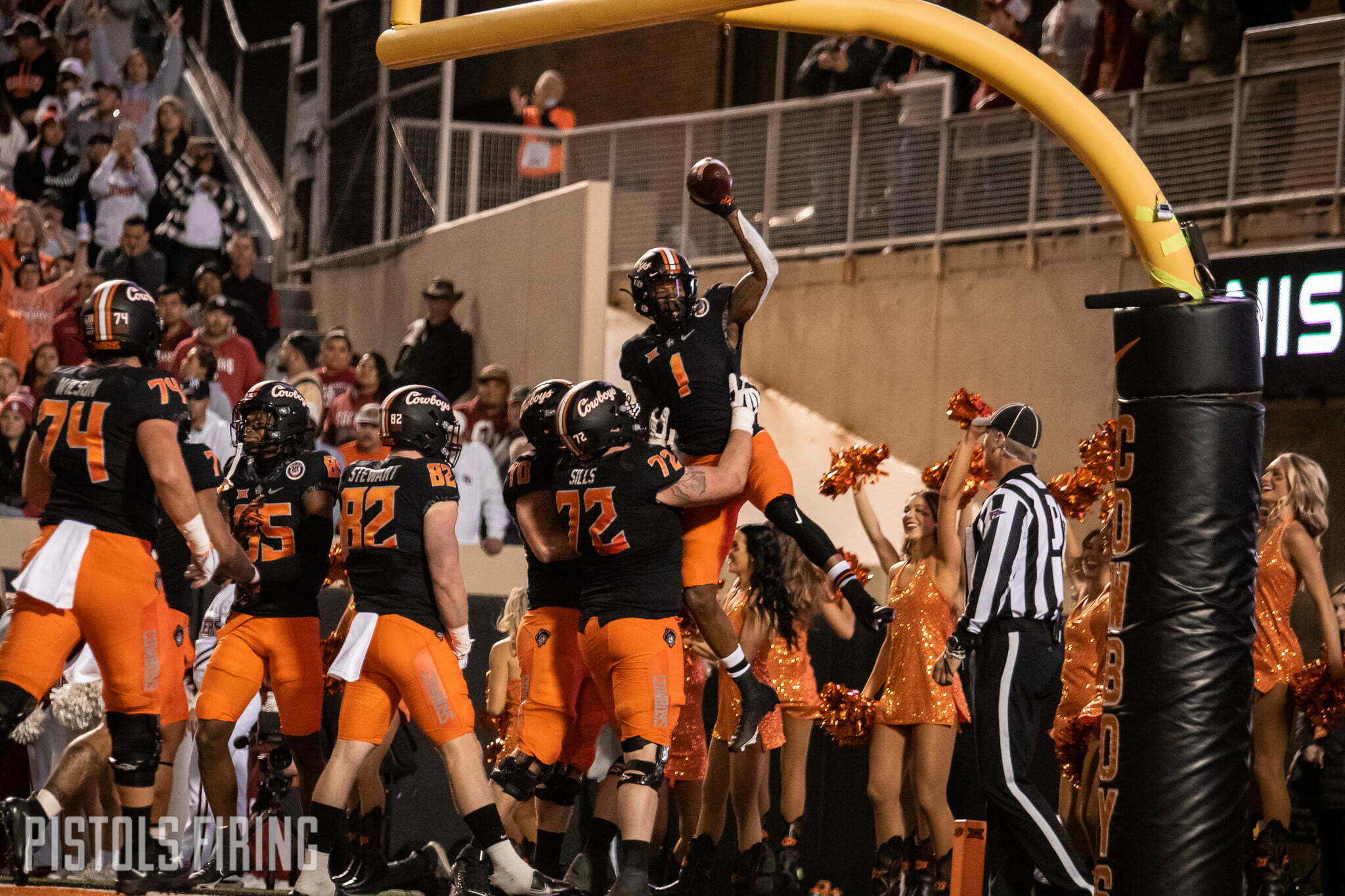 Oklahoma State kicked off its 2022 fall camp in the morning, but Cowboy coaches still had their eye on 2023 that night.

Spivey is a 6-foot-4, 185-pound reeler-in-of-catches who balls out for Hamilton High School. He’s a big-bodied receiver who has the potential to be both an outside and late-down threat and break loose and get into space (evidence posted below). His mother, as you can see in the tweet above, attended OSU, making him a legacy target for the Pokes. Eyeball emojis!

Spivey is the No. 87 receiver in the 2023 class according to 247Sports and the 12th-ranked player out of Arizona. He’s also a three-star prospect according to 247, Rivals and On3.

While Spivey claims family ties to Stillwater, as his offer announcement showed, it was his in-state school Arizona that was the first to offer. AU is, of yet, the only school he’s yet visited on an official basis.

Spivey’s offer list is now nearing 20 with suitors including the likes of BYU, Wisconsin, Kansas State, Washington and Washington State. OSU currently has one receiver pledge for the class in three-star Houston native Camron Heard.