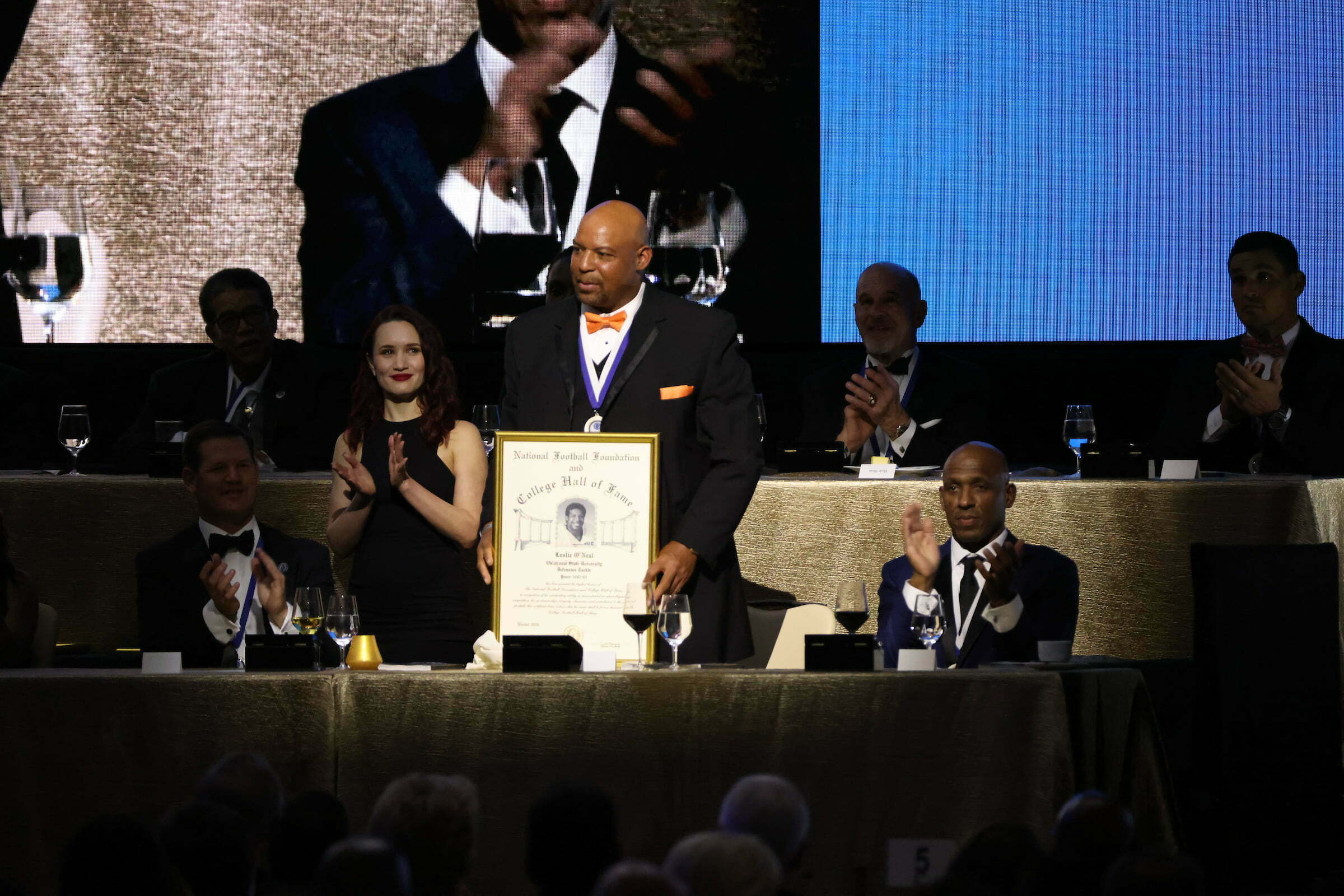 After the pandemic initially delayed his ceremony, Leslie O’Neal is officially in the College Football Hall of Fame.

“[Oklahoma State] gave me a chance to play,” O’Neal said. “There was a lot of other schools that I had looked at, but at 6-4, 199 pounds, playing defensive end, everyone wanted to redshirt me. I talked to the guys at Oklahoma State, and they said that if I came in and could play then they would let me play. I had a chance to win a spot. I didn’t win a spot my first year, but I really liked the fact that they gave me a chance.”

A Little Rock, Arkansas native, O’Neal left OSU and was a first round NFL Draft pick in 1986. A six-time Pro Bowl selection, O’Neal finished his NFL career with 132.5 sacks and 767 total tackles.

During O’Neal’s sophomore, junior and senior seasons, the Cowboys had a combined record of 26-10, including wins in the Bluebonnet Bowl and Gator Bowl. The three years before that, OSU was 15-17-2.

“I have to take a little bit of credit that the teams that we had back in the 80s, we started to play well,” O’Neal said. “We started to be noticed. Thurman Thomas came in and then after Thurman came Barry Sanders. Things changed around because of us, I believe.”