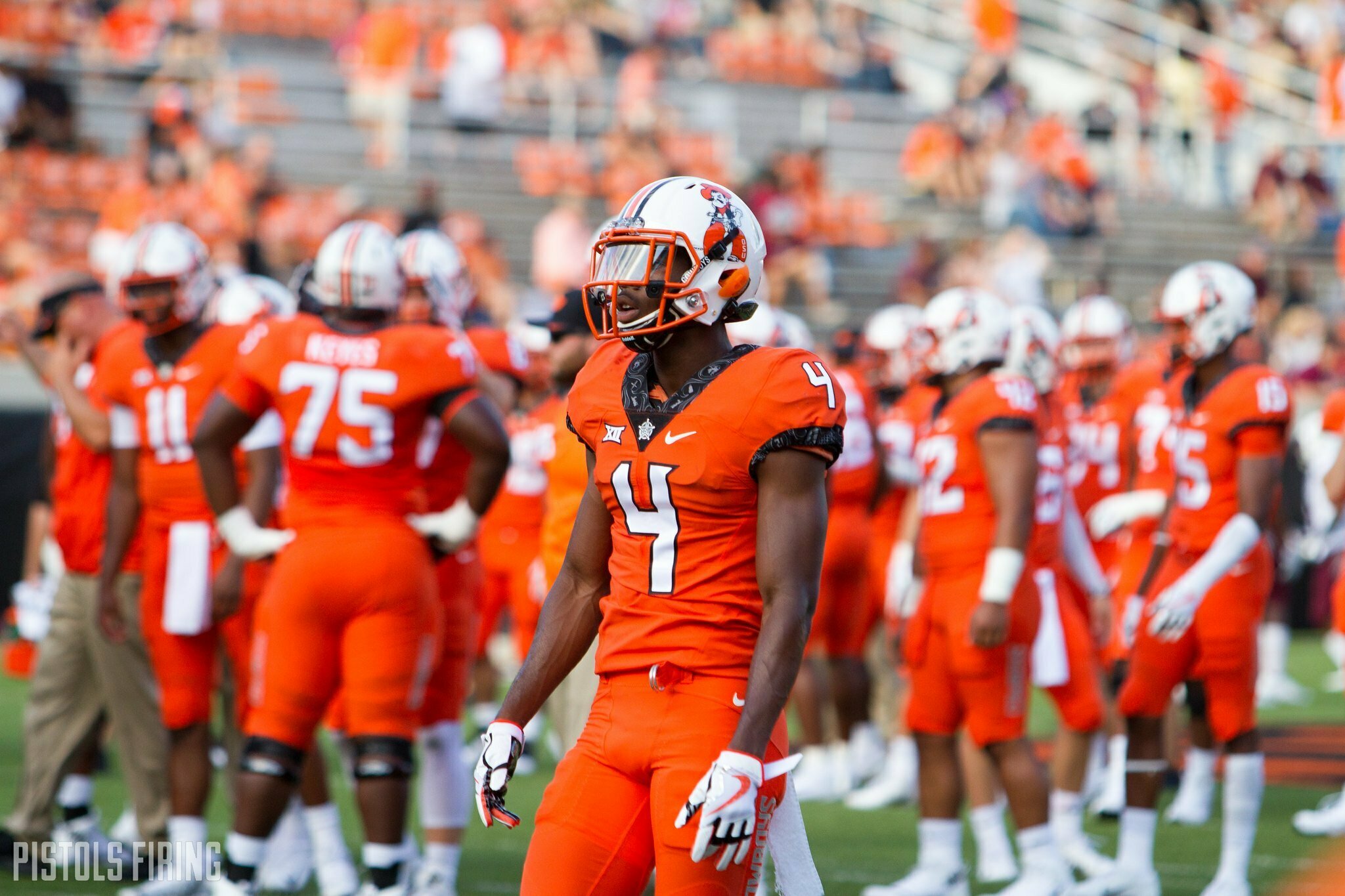 Mike Gundy started speaking my language on Monday at Big 12 Media Days when he said these sweet, delectable words.

“It has to be (measured by) points per possession,” Gundy said according to The Oklahoman. “(At Army), they did a fantastic job of coaching, but you can’t compare their defensive coordinator’s points-allowed to the coordinators in our league. Army’s defense is on the field for nine possessions a game. Our guys are out there 14, 15 or maybe 16 a game. If you go by (points per possession), you’re going to get a fair statistic.”

This was something that was also (sort of) noted by the Big 12 as a whole, albeit indirectly, throughout the day. Here’s what commish Bob Bowlsby said.

Playing in the same game is the forced equivalent of points per drive, and the Big 12 thrived. Of course Gundy could look at points per game, points per drive, points per hair follicle or points per uniform combination, and none of it would have looked all that appealing in 2018. As Kyle Cox noted, OSU had one of its worst PPD seasons on defense since Gundy took over. Maybe the worst.

But its lows included allowing a hefty 2.55 points per drive on defense, good for eighth in the conference and 97th nationally. That’s the most points per drive that any OSU defense has allowed since BCF Toys began tracking the stat back in 2007. [PFB]

To Gundy’s point, though, this has been an anomaly. Oklahoma State has been better than the NCAA median in seven of the last 10 years. In most cases, a lot better. Here’s a look at those numbers (2013 was ?) 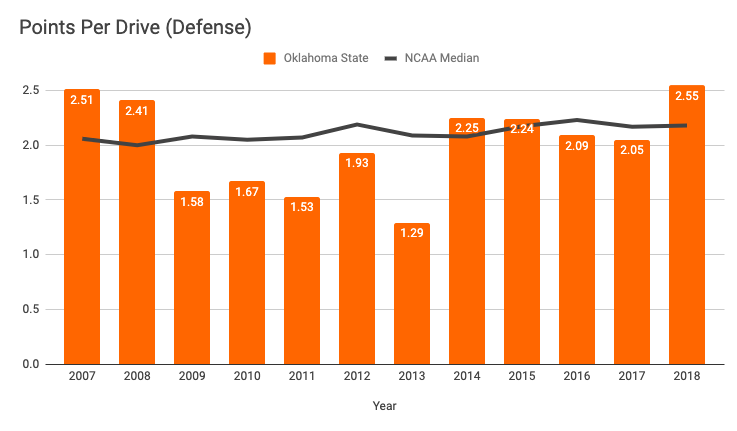 But just for fun, I thought it would be fun to look at the difference between Army’s numbers and OSU’s numbers just to highlight what Gundy is talking about. Here’s what I pulled for 2010-2018 in terms of points per game allowed on defense.

This tells me that last year was, maybe humorously given Gundy’s comp, the first year in the last nine that Army’s defense has been better than that of Oklahoma State.

Think of it this way — if Army and OSU played each other and their offenses were the exact same (they aren’t, by the way), then the 2015 OSU defense that looked worse than the 2015 Army defense would actually beat Army by four points in a 15-possession game (a normal Big 12 number).

This is what Gundy is getting at (and what I’ve been hollering about for the last five years).