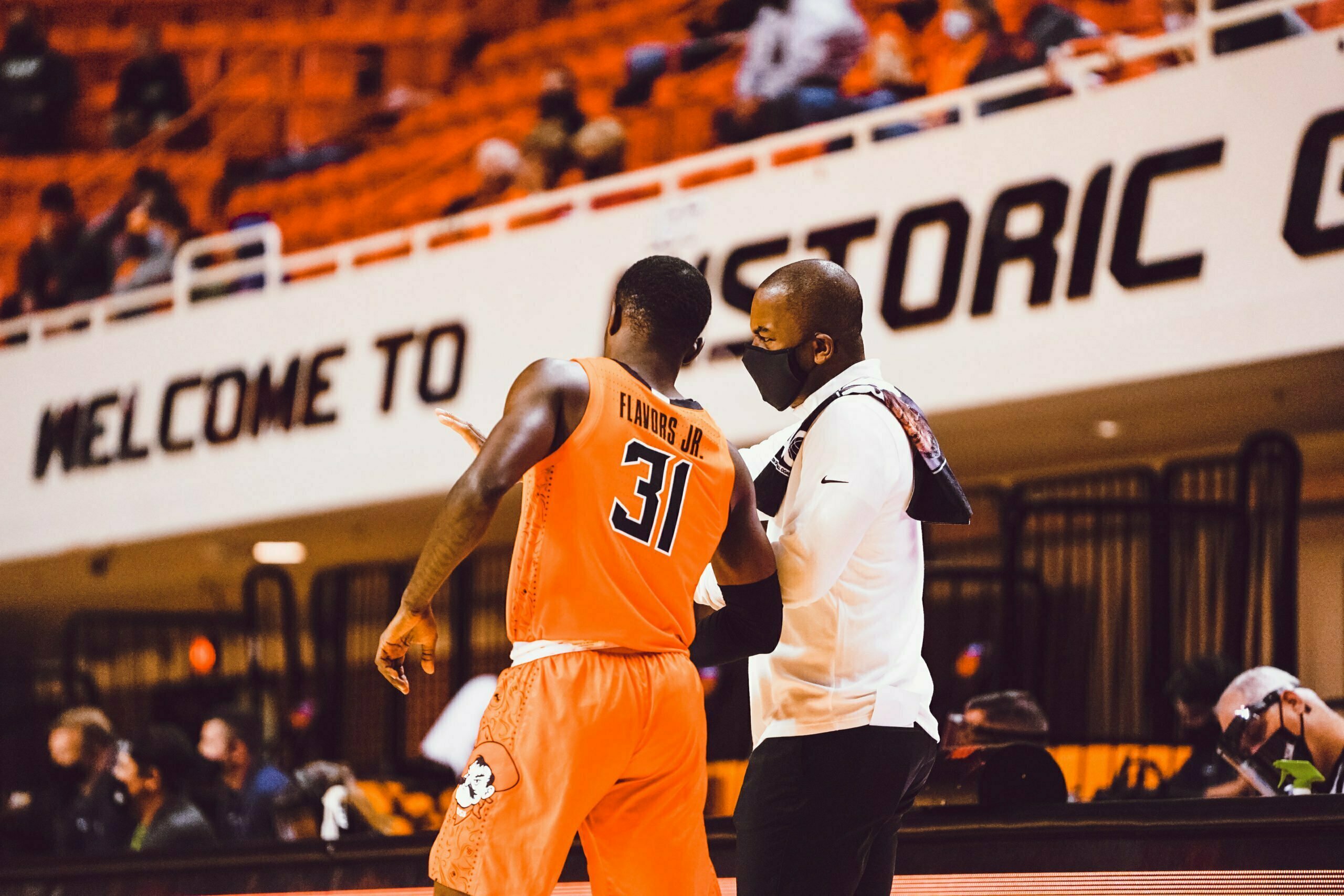 Oklahoma State brought in a top-15 recruiting class in the 2020 cycle, headlined by the top player in the U.S. (Cade Cunningham) and the top player in Canada (Matthew-Alexander Moncrieffe). But the 2021 cycle thus far hasn’t been quite as kind for Mike Boynton and Co.

At least not yet.

The Pokes have yet to land a commitment in the cycle, the only Big 12 program to hold that distinction. By extension, OSU ranks dead last in the conference recruiting rankings and well off the national radar only a cycle removed from pushing the top-10 of the national rankings.

So what gives? And who is on OSU’s list? Here’s a look at some top priorities along with some predictions of what’s next, as well as a look back at how OSU got here.

To best explain what’s next for OSU in 2021, we must first break down where the class went sideways to help track its path back.

It started with some of the state’s top talents — namely Trey Alexander and Bijan Cortes — opting to play their college ball elsewhere. Alexander, a top-100 shooting guard, committed to Auburn in November, and Cortes, the No. 3 recruit in the state, committed to OU at the beginning of 2020. Edmond product Sean Pedulla also opted to play elsewhere, committing to Virginia Tech in November over an offer from OSU. All three make up the top three of 247Sports’ in-state recruiting rankings.

Missing on targets for OSU this cycle hasn’t been exclusive to Oklahoma-based talents. Several top targets in the region have also held OSU offers and opted to go elsewhere, primarily to Texas-area colleges.

I won’t speculate too much on that because it’d be just that: speculation. But I would guess that the reduction in volume can be attributed in part to lack of recruiting opportunities amid the pandemic and to the fact that OSU’s roster on the whole is quite young. Cade Cunningham is NBA-bound after this year, so that’s one scholarship you’ll have to backfill, and Montreal Pena’s departure opens another spot potentially. But the only outgoing players because of eligibility might be seniors Ferron Flavors and Bryce Williams — and it’s possible both return if they take the NCAA’s offer up for a free year of eligibility.

Either way, with fewer opportunities to land commitments because of fewer offers, thus far it’s resulted in fewer commitments.

OSU still has work to do in the cycle, and to this point, I don’t think there’s any recruits out there who currently have OSU offers look like they are OSU-bound. But among those who have been offered by OSU, three stand out as potentially gettable targets.

Jalen Ricks, 6-6, SG: In a recent interview with 247Sports, Ricks singled out OSU as one of the schools still making an effort with him, though he did not expound on that dynamic. He says he’s been talking with schools and trying to narrow down his decision, seeing who will jump on him late. Ricks is a big-bodied shooting guard from Oak Hill Academy whose scoring and size has long intrigued teams, especially OSU; the Pokes were one of his first offers all the way back in 2018.

Ben Bayela, 6-6, SG: Unlike Ricks, who OSU has recruited since the dawn of time, Bayela is a late-rising recruit whom OSU was the last to offer among current suitors. They offered in September as schools discovered him, and Texas A&M, USF and St. John’s are all said to be in the mix. He’s a junior college product from South Plains.

David Okwera, 6-11, PF: Okwera is a bit of a mystery recruit who I remain deeply intrigued by. He’s an Australian standout who OSU offered late last year. He’s also reported offers from Arkansas, Nebraska, Maryland and others, but a somewhat off-the-radar talent who OSU is aware of. Could be a big help in the frontcourt with his size and skill.

Predictions: How OSU finishes the cycle depends largely on how the rest of the season unfolds. But, mostly, it depends on what Bryce Williams and Ferron Flavors, who could potentially start their pro clocks after this year, ultimately decide to do. If they turn pro or grad transfer by using the extra year of NCAA eligibility, it puts OSU in a position to fill multiple spots in addition to Cade. If not, then the hand-wringing over this sluggish start to the cycle will all be rendered moot. Either way, my takeaway is that, regardless of any potential defections aside from Cade, OSU’s roster is young yet gaining experience, setting up what could be a fun next few years in Stillwater in a post-Cade world.