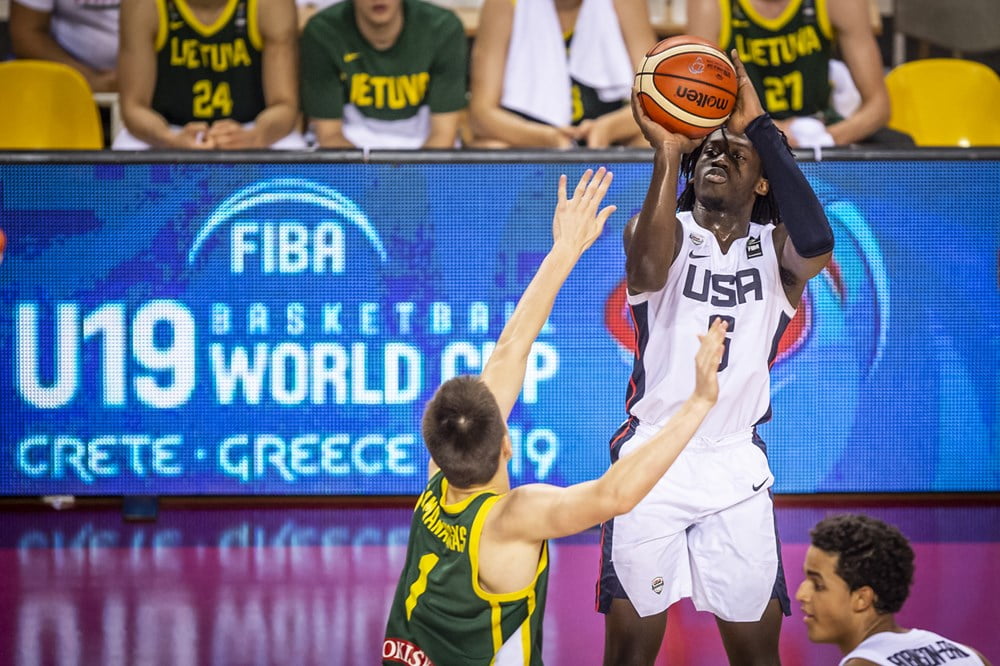 Tournament semifinals aren’t supposed to be this lopsided.

The United States defeated Lithuania 102-67 on Saturday in the semifinals of the U19 FIBA World Cup in Greece. The victory puts the U.S. in Sunday’s World Cup final against Mali at 12:20 p.m.

The Lithuanians’ offense relies heavily on the pick-and-roll, and it has worked against most teams in the tournament. However, the Americans are all good enough defenders, so Bruce Weber’s squad was able to switch screens and stall Lithuania out.

It was a good day to be an American named Jalen. Jalen Green and Jalen Suggs led the U.S. with 18 and 15 points, respectively.

Oklahoma State sophomore Isaac Likekele scored in double figures for the third time in the tournament. Likekele had 11 points, three rebounds and an assist in the semifinals. He also scored his first 3-pointer of the event.

OSU’s top 2020 target Cade Cunningham struggled shooting again Saturday, going 2-for-10 from the field, but he still managed to score seven points to go with five rebounds, five assists and a game-best +33. This assist in particular stood out.

.@CadeCunningham_ with eyes in the back of his head for the spectacular dime to @_r1bang_! ? #FIBAU19

Mali, a country in northwest Africa, has been the feel-good story of the tournament to this point. Mali is 5-1 at this World Cup to this point, with its only loss coming against Australia. The Malians defeated France 76-73 in the semifinals.

Ballo is averaging 18.3 points, 13 rebounds and four blocks a game in the tournament.

Win or lose Sunday, Mali will be the first African nation to medal at the U19 FIBA World Cup. Meanwhile, the USA is seeking its seventh gold medal at the event.

Sunday’s final will be on ESPN+, ESPN’s subscription-based streaming service, at 12:20 p.m.