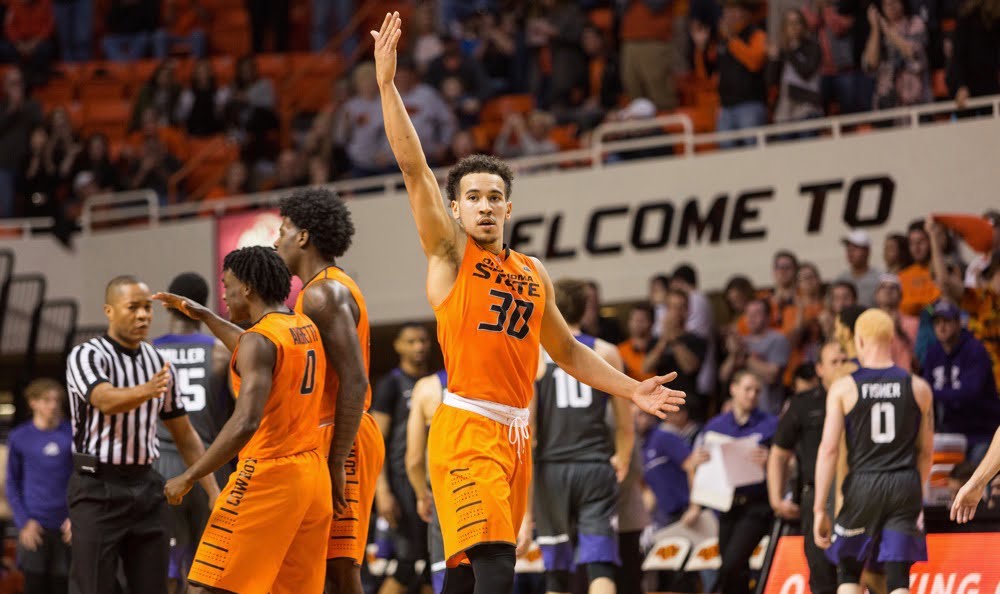 Fraschilla touched on a number of topics, including the wild weekend in the Big 12 with Top 10 teams Kansas, Baylor, and West Virginia going down, the legal situation at Kansas, Trae Young’s recruitment (he thinks Young is leaning towards committing to Oklahoma), and of course, the surging Oklahoma State Cowboys.

Greenberg and Fraschilla spoke glowingly of Brad Underwood’s defensive tweaks midseason and getting the Cowboys to buy in to his system.

“Tremendous … All he did was ratchet it down … He backed up the pressure, they play inside the 3-point line, they’re still aggressive, they still have a couple of great guards,” said Fraschilla. “He’s not only done a great coaching job with strategy and the way he’s maneuvered this defense lately, but he’s got Jeffrey Carroll, who to me is the most improved player in the Big 12, and you guys would be hard pressed to find three or four players who are more improved in the country.”

Toughest thing to do is fix your team mid season. @OSUCoachBrad @OSUMBB defensive adjustment after 0-6 start. That is coaching.

Fraschilla also touched on the confidence Underwood oozes in practice, games, and in the media.

“It’s the way he’s infused this Cowboy team with confidence, and he is a confident guy,” added Fraschilla. I mean that in the best way possible, I love going to watch practice. He’s done a fabulous coaching job in his first year, there’s no doubt.”

I’m gonna need a sip of that orange kool-aid when Fran’s done with it. But it’s not hard to notice the change in demeanor from this Cowboy program. From the coaches, to the players, and now the fans, you can feel the energy coming back. Gallagher-Iba should be rocking throughout the next month as the Cowboys make a stretch run at the NCAA tournament, which suddenly looks much more likely.

Listen to the full interview with Fraschilla on the link below. He comes on around the half hour mark and starts talking Cowboy hoops around the 38 minute mark.

Courtside: How did @therealboeheim celebrate win No. 1000? @franfraschilla also joins us to break down the Big 12.https://t.co/JzHmDzhAkj