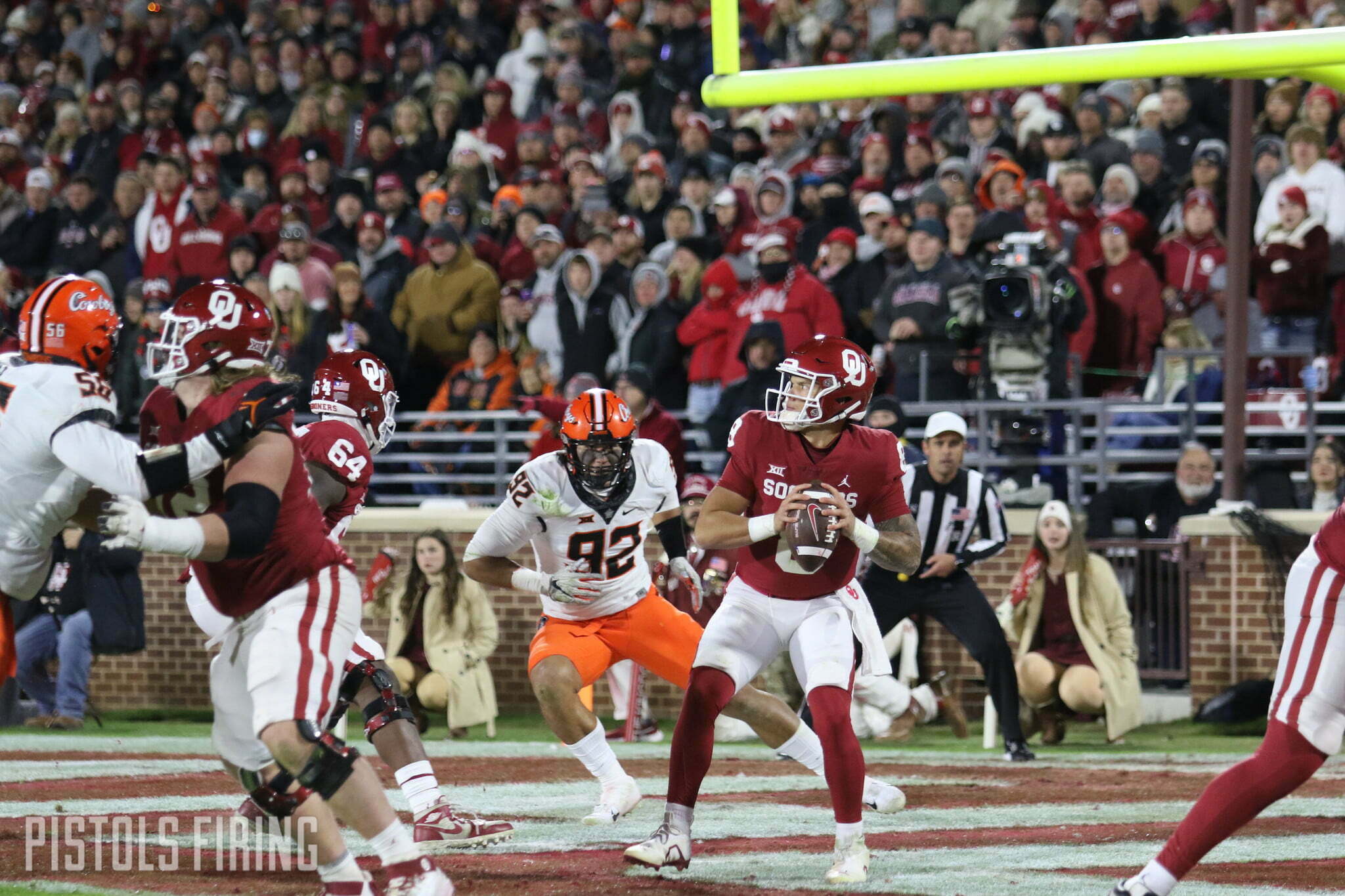 NORMAN — The Cowboys got off to a dreadful start at Gaylord Family Oklahoma Memorial Stadium.

The Sooners scored 28 first-quarter points and lead 28-3 at the break. The Sooners have 365 yards of total offense to OSU’s 153.

At the break, OSU quarterback Spencer Sanders is 13-for-34 with 110 yards and three interceptions.

The Cowboys had multiple opportunities to make up the difference after that early four-score deficit. OSU’s defense held the Sooners scoreless over the final three quarters, forcing six-straight three-and-outs to end the game, but the Cowboys’ offense just could not make the plays necessary to complete the comeback. Spencer Sanders tied his career-high with four interceptions, the last of which into the end zone with just under six minutes remaining down 15.

Oklahoma State moves to 7-4 (4-4 in Big 12 play), and will finish its season next weekend when the Cowboys host West Virginia for Senior Day.

OSU’s defense forces a quick three-and-out but the Cowboys’ drive also stalls out quickly. Then Brock Martin makes a huge play to force a fourth-straight three-and-out by OU. The Cowboys need to pay one of these stops off with a touchdown.

FIELD GOAL OSU: The Cowboys made most of the field in one play. Brennan Presley made an impressive play on this catch and run. OSU settled for a field goal and it’s now a two-score game. 28-13 with 12:37 left.

HALF: OU 28, OSU 3 — OSU adds a second-quarter field goal, and that’s all the scoring in the second quarter.

TOUCHDOWN OU: The Cowboys haven’t advanced past their own 30-yard line. OU has 299 yards of total offense. It’s 28-0, OU. And it’s still the first quarter.

COIN TOSS: Oklahoma State wins the toss and defers. The Sooners will start the game with the ball.

INJURY REPORT: Oklahoma State quarterback Spencer Sanders is set to make his first start since OSU’s loss to Kansas State. The Cowboys will, though, be without Tyler Lacy, Trace Ford, Jason Brooks and others. Dominic Richardson is questionable to play, according to Dave Hunziker.