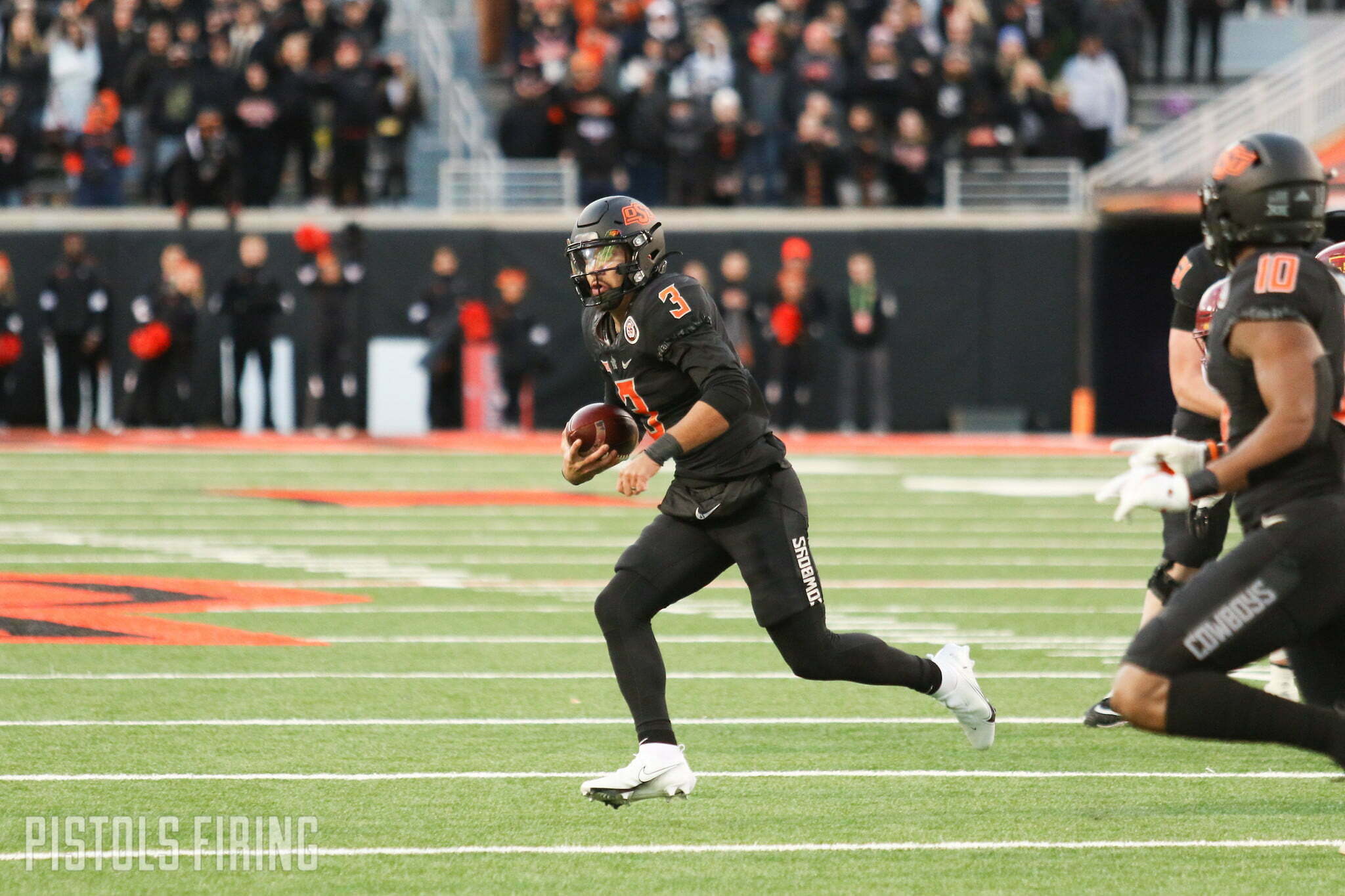 Oklahoma State will be missing some significant defensive playmakers when the Bedlam kicks off, but they do have back their star quarterback.

As expected (and as he said last week), Spencer Sanders will start for the Cowboys in Norman on Saturday night. He is 1-1 as a starter against the Sooners. A win and he’ll join Tony Lindsay as the only Oklahoma State QB to earn two wins over OU in starts.

Still out are star defense linemen Tyler Lacy and Trace Ford as well as safety Thomas Harper on defense. The Cowboys will also be without offensive lineman Jason Brooks due to illness and wide receiver Stephon Johnson Jr. Returning to the lineup is center Preston Wilson.

OSU’s leading rusher Dominic Richardson is questionable. Richardson missed the Kansas State game with injury. He returned for Kansas and Iowa State but totaled just 92 yards combined in both games and has been banged up for a while.

Lacy is missing his second-straight game but has dealt with health concerns for a few weeks. Ford also did not play last week against Iowa State. Harper had to sit out three of the previous four games.

Johnson, who turned an ankle in practice, did not play against Iowa State. But he made significant contributions with the Cowboys shorthanded at receiver earlier in the year. He has 15 catches for 200 yards and a score. He turned in a career-high six catches for 90 yards in the win against Texas.