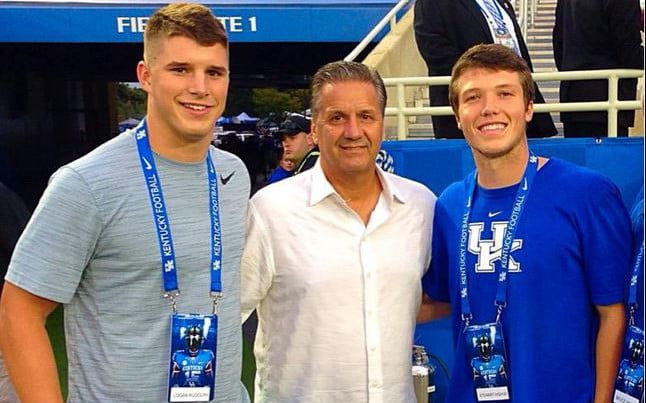 Whether Logan Rudolph came to Stillwater to watch his big brother Mason play or just to spectate as a recruit, the fact that he made the trip from South Carolina to the OSU campus this weekend is a good sign for both parties.

Logan Rudolph is a 2017 tight-end/defensive end prospect who has gained a lot of attention lately on the recruiting trail.

Since the first of the year, Rudolph has earned offers from East Carolina, Appalachian State, Kentucky, Georgia State, and most recently a big offer from Duke.

With Rudolph apparently showing interest by making visits to Stillwater, the coaching staff has him on their radar. As a sophomore, Rudolph caught 20 passes for 224 yards and a touchdown. This season, he has four receptions for 63 yards and a touchdown but has been working primarily as a defensive end, where he has piled up 8 sacks and 5 tackles for loss on the season through 7 games.